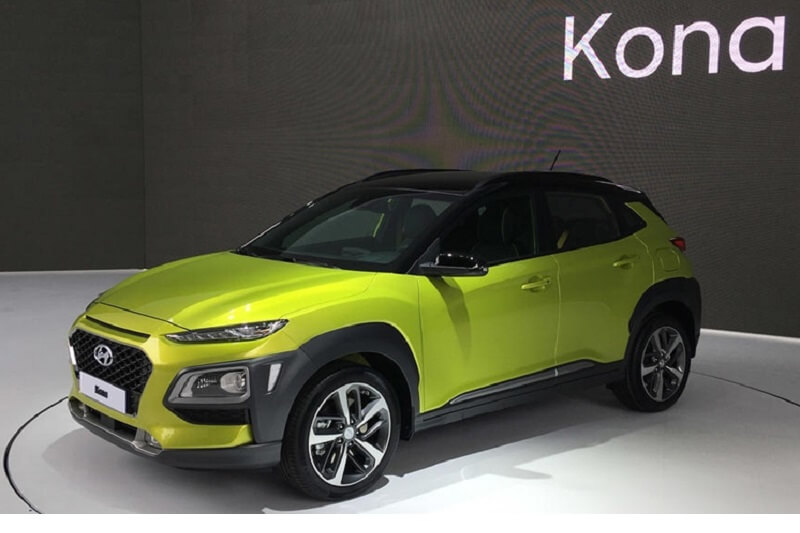 Unveiled at the 2017 Frankfurt Motor Show, the new Hyundai Kona electric SUV will be launched at the 2018 Geneva Motor Show in March

Hyundai, the South Korean automaker has unveiled the new Hyundai Kona Electric SUV at the 2017 Frankfurt Motor Show. The company has confirmed that the global launch of the car will take place at the 2018 Geneva Motor Show in March.

With this Kona EV, the Korean carmaker is aiming to achieve a range of around 384km. The company is currently selling the all-electric Ioniq sedan internationally, which is equipped with a 28kWh battery that develops 120bhp and is claimed to have a range of 280km. The Hyundai Kona electric will be part of the company’s plan of launching 30 new models globally by 2020.

Hyundai is also planning to launch new electric cars in India, and the Kona EV could be the company’s first car in India. Previous media reports suggest that this electric SUV could be launched in India by the end of 2018. Earlier, Hyundai was planning to launch mild-hybrid and full-hybrid cars in India. However, the company had abandoned plans to bring these vehicles to India due to the withdrawal of benefits to hybrids under the GST regime. Also See – Hyundai Kona Iron Man Edition Pictures 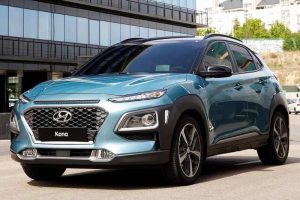 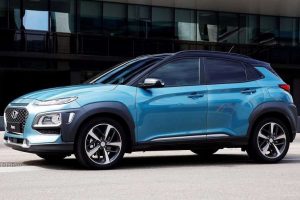 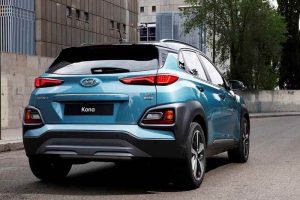 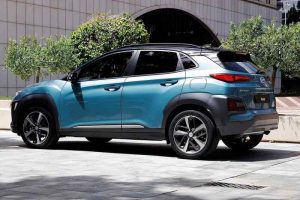 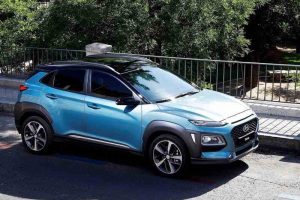 The Kona electric SUV is based on the company’s evolved fluidic design philosophy, and features crossover-ish look. It is equipped with Hyundai’s signature ‘Cascading’ front grille, two-tier LED headlamps and LED daytime running lights at the back. Other features include muscular fenders with thick black plastic cladding, new infotainment system and a head-up display.