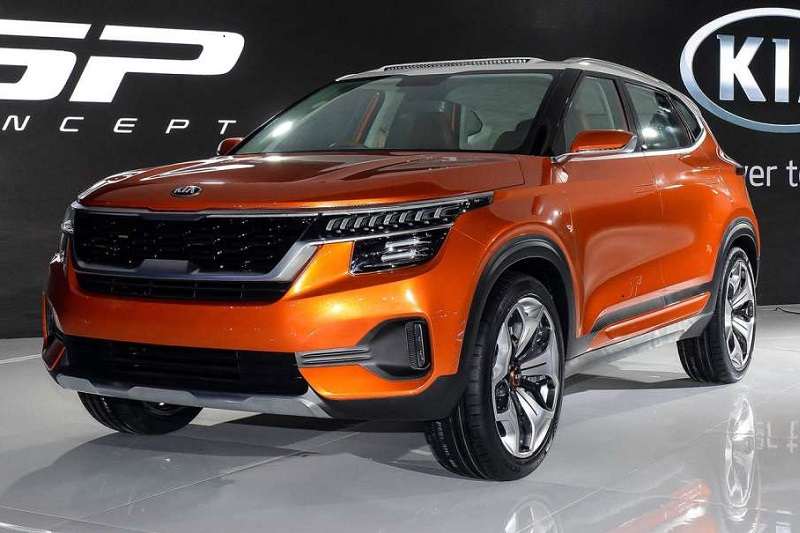 – Kia Tusker compact SUV will be based on the SP concept.

– The SUV will share its platform and engine with the Hyundai Creta.

Kia Motors is all set to mark its entry in the Indian market by early next year. The carmaker showcased its entire global range at the Delhi Auto Expo along with the India-bound Kia SP Compact SUV Concept. Aiming to engage automotive enthusiasts, the Korean carmaker conducted an online poll where they asked users to log in and vote for the name of the production model of the SP concept. The name options were SP-Z, Tusker, Trailster and Trazor. The contest was closed on 20th June, and the company hasn’t yet announced the final name of the vehicle. Considering the voting trend, the SUV is likely to be christened Kia Tusker. Read: Kia Grand Carnival MPV – 5 Things You Need To Know 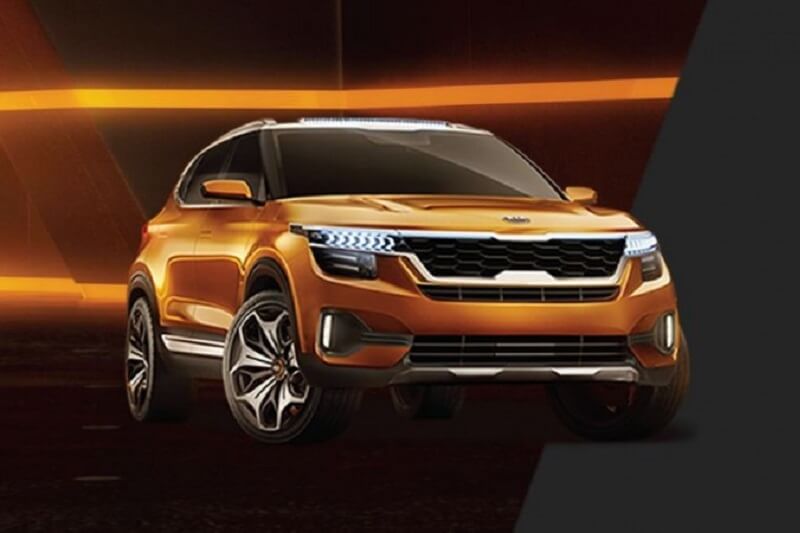 The Korean auto giant had announced that its first product in India will be a SUV based on the SP concept that broke cover at the Auto Expo in February, 2018. Production of the vehicle will begin in September, 2018 at Kia’s new manufacturing plant in Anantapur, Andhra Pradesh. The facility has 3,00,000 units annual production capacity. The India launch of the Kia Tusker SUV will happen by the first half of 2019. We will update the official launch date and details as soon as Kia Motor India announces it. Prior to its official launch, the carmaker has begun a training facility at its manufacturing/assembly plant in Anantapur. It’s a five-day Basic Technical Course (BTC) in automobiles for skill development. Check Out: Kia Soul Electric Compact SUV – Pictures & Details

With an aim to tap the premium compact SUV segment, the Korean carmaker will introduce the Kia Tusker based on the SP concept. In India, it will take head-to-head against the Hyundai Creta and Renault Captur/Duster. While the prices will be announced at its launch, it is reported to be slightly more expensive than its arch rivals. The Kia Tusker price in India might start from Rs 11 lakh for the entry-level variant and go all the way up to Rs 17 lakh for the top-spec model. 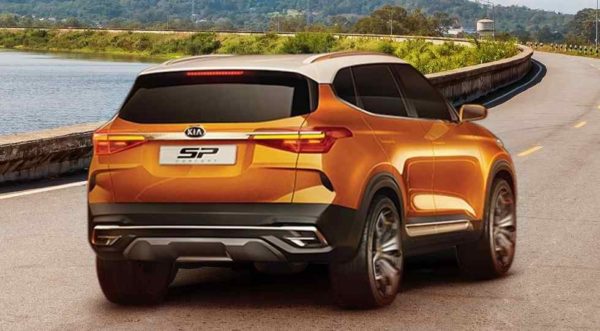 Kia will offer the Tusker SUV with multiple powertrains including two diesel and one petrol unit. All engines are likely to be borrowed from the Hyundai Creta. The diesel model will make use of the 1.4-litre U2 CRDi and the 1.6-litre U2 CRDi motors producing a top power of 89bhp with 220Nm of torque and 126bhp with 259Nm of torque respectively. The 1.6-litre Gamma petrol mill churns out a maximum power output of 121bhp against 151Nm of peak torque. Rumour also has it that the SUV might also get a 1.4-litre petrol engine. The Kia Tusker SUV is likely to come with both manual and automatic gearbox. Read – Kia Rio To Challenge Maruti Baleno in India

If the Kia Tusker SUV shares its powertrains with the Hyundai Creta, it will be as frugal as its donor sibling. The Creta diesel version delivers a claimed mileage of 22.1kmpl (MT) and 17.6kmpl (AT), while the petrol model offers 15.8kmpl (MT) and 14.8kmpl (AT). 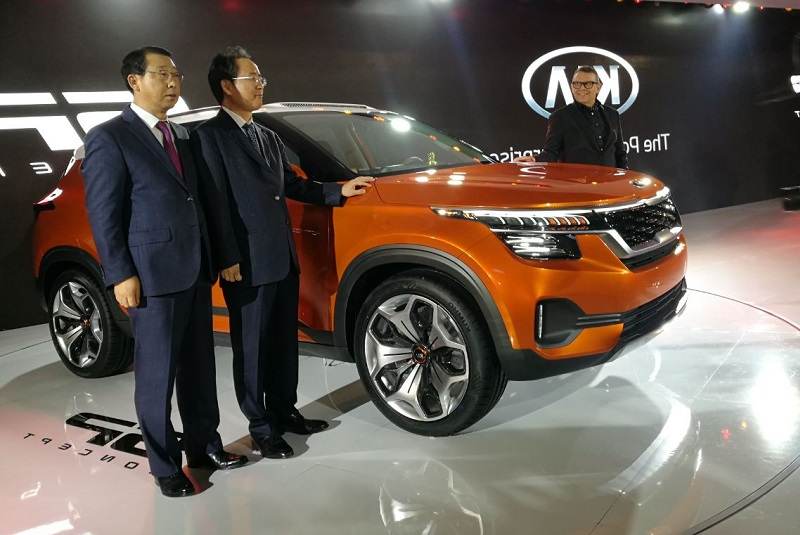 As mentioned in the beginning, the Kia Tusker SUV will be based on the SP concept that was previewed at the 2018 Delhi Auto Expo. Kia promises production version of the vehicle will retain most of the design elements. Though, it will witness minor changes. Face of the SUV looks aggressive with Kia’s signature tiger nose grille, new edgy headlamps with a slimmer running light on the top and a larger illumination element on the bottom, sporty bumper and sculpted bonnet. Read More – Upcoming Kia Cars In India

The side profile has been adorned by muscular fenders, pronounced wheel arches with large multi-spoke alloy wheels, flush door handles, tapered down roofline, sleek ORVMs and greenhouse areas. At the rear end, the SUV sports sharp wraparound tail-lamps connecting to the shoulders, Sportage inspired taillamp design, a faux skid plate and SUVesque skid plate design on the bumper. Painted in contrast colours, the roof and rear spoiler add more to its sporty appearance.  In terms of dimensions, the Kia Tusker will be roughly similar to the Hyundai Creta. In fact, the former will share its platform (PB) with the latter one. Read: Kia Rio Hatchback – What To Expect?

As of now, the interior details of the Kia Tusker SUV are scanty. Though, it is likely to feature dual-tone design as we have seen in the concept. The fully digital instrument cluster could also be carried over from the concept. The SUV will have 5-seats layout ensuring enough space for adult passengers. Safety features such as airbags, ABS (anti-lock braking system) with EBD (electronic brake-force distribution), brake assist are likely to be standard across the carline.

Kia Tusker SUV will be the first offering from the Korean carmaker in India. The SUV will be based on the Kia SP concept that was unveiled at the 2018 Delhi Auto Expo. It is likely to share its platform and powertrains with the Hyundai Creta.