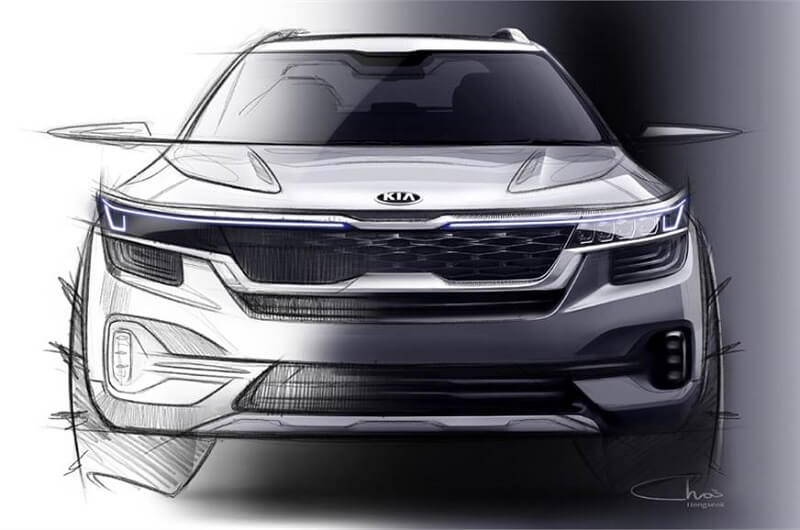 Korean automaker, Kia has released the first teaser images of the SP2i compact SUV, which is scheduled to be revealed on June 20, 2019. The new model was first previewed as the SP concept, which was unveiled at the 2018 Auto Expo.

The design sketches largely identical to the SP Signature concept. Upfront is a signature Tiger Nose radiator grille, flanked by sharper LED headlamps with a 3D light graphic and a diamond pattern at their tailing edges. It features vertically stacked compact LED fog lamps, sporty bumper and a skid plate. At the back, the Kia SP2i gets sleek LED tail-lamps, a chunky bumper with a metallic muffler effect and a faux skid plate lower on the bumper. 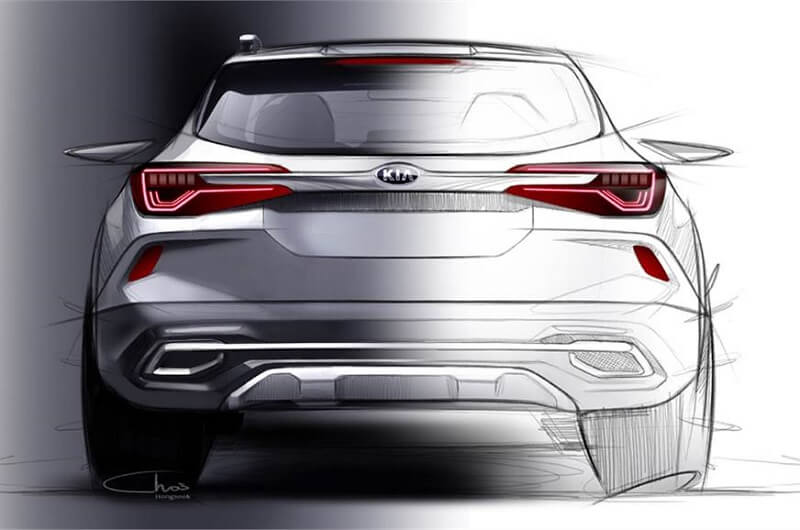 Speaking on the SP2i SUV, Byung Chul Juh, Head of Kia Styling at Kia Motors Corporation, said, “We have created a car which stands out everywhere, from the city to the countryside. Its robust yet sporty design will be matched by a wide range of features and technologies that are universally suited to younger buyers in markets around the world. Our new small SUV is a proposition that no other car in its class will match.” Also See – Kia Carnival MPV launch timeline and other details

The new Kia SP2i SUV is built on the thoroughly updated version of the Hyundai Creta’s platform. The new platform can be used to develop a 7-seater version, which could be launched at a later stage. The Kia SP2i will be available with a 1.5-litre petrol and a 1.5-litre turbocharged diesel engine. Transmission options will include a 6-speed manual and a 6-speed automatic. The company is also rumoured to develop a performance oriented version, which is likely to get a 140PS 1.4L turbocharged petrol engine paired to a 7-speed DCT.

The Kia SP2i is expected to be priced in the range of Rs 10-16 lakh (ex-showroom). The SUV will directly rival the Hyundai Creta and Nissan Kicks. It will be equipped with several high-end features like an electric sunroof, a head-up display, a 360-degree camera system, wireless charging, etc.