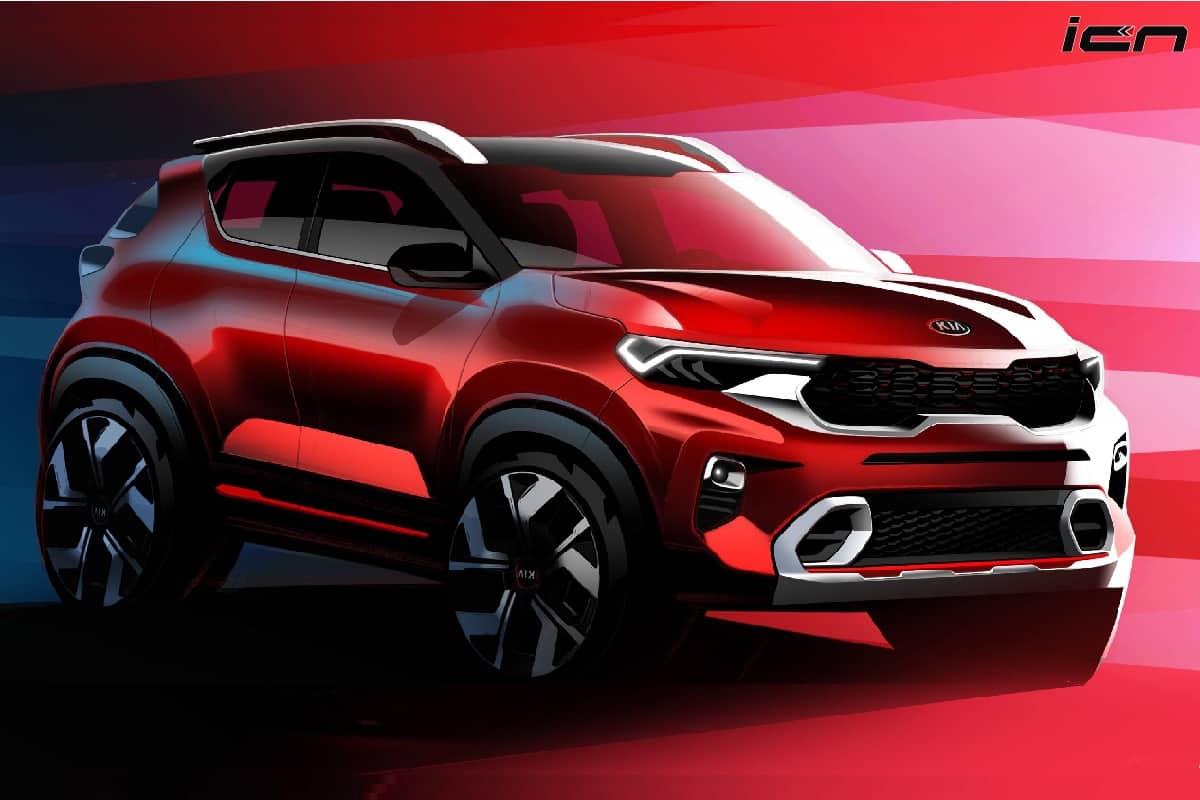 Kia Motors India has released first official exterior and interior pictures of the upcoming Kia Sonet subcompact SUV. The model is ready to make its global debut in India on coming 7th August. The carmaker says that its new compact SUV carries “a distinctive and dynamic design, as well as many first-in-segment features”.

In line with Kia’s distinctive design DNA, the Sonet features ‘Tiger Nose’ grille with a three dimensional ‘stepwell’ geometric grille mesh, LED DRLs and sporty bumper at the front end. The LED headlamps are said to reiterate the SUV’s ‘Wild by Design’ theme.

On the safety front, the Kia Sonet will offer several active and passive safety fitments including 6 airbags front, side and curtain protection). Read – Kia’s Fourth Car Likely to Come in Early 2021

The carmaker hasn’t yet revealed engine details of the Kia Sonet. Though, it’s likely to share powertrains with the Hyundai Venue. That said, it will come with three engines – a 1.0-litre turbo-petrol, a 1.2-litre petrol and a 1.5-litre diesel. Transmission choices will include a 6-speed manual, a 6-speed automatic, an iMT (intelligent manual transmission) and a 7-speed dual-clutch automatic.

Kia Motors has confirmed that the Sonet will be the latest ‘Made-in-India product and will be exported to global markets. Prices of the upcoming subcompact SUV from Kia are likely to start from Rs 8 lakh (ex-showroom).