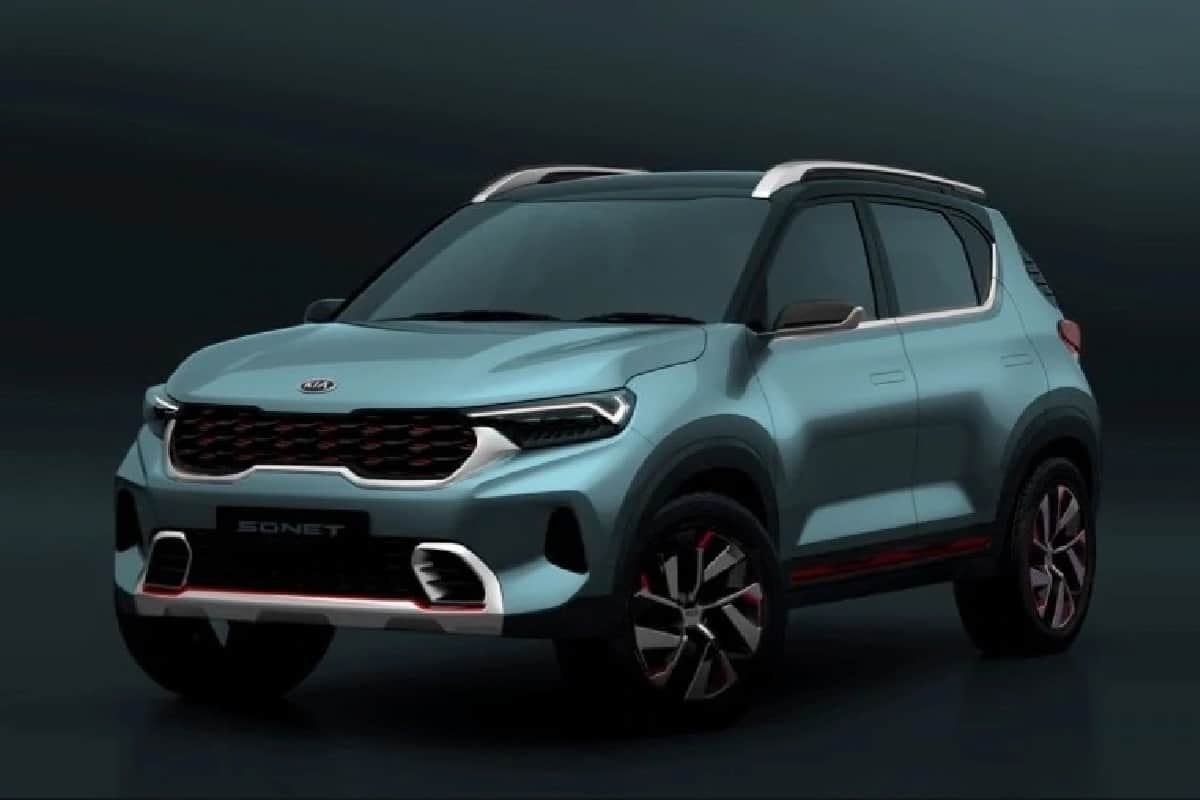 The South Korean carmaker is all set to bring in its third product in India – the Kia Sonet. While the subcompact SUV concept broke cover at this year’s Auto Expo, its production avatar will be unveiled on coming 7th August. The model is likely to go on sale just ahead of the festive season (possibly in September, 2020).

Prior to its global debut, the carmaker has listed the Sonet on its official website. We have seen multiple spy pictures and teasers of the upcoming Kia subcompact SUV revealing interesting exterior and interior details. Here’s brief on the Sonet.

Interestingly, the Kia Sonet shares its platform with its arch rival – Hyundai Venue. Some of its design elements have been carried over from the Seltos. The official sketch confirms that the Sonet will feature the brand’s signature Tiger nose grille, LED headlamps with LED DRLs (daytime running lights) and sporty bumper at the front end. The side profile will be adorned by black roof featuring silver roof rails, pronounced wheel arches and alloy wheels. Check Out – New Kia Seltos Gravity Pictures, Details

Other interesting bits include LED taillamps connected via LED stop light strip, sporty bumper and a large silver faux skid plate. Similar to its concept, the production model will measure 3995mm in length, 1770mm in width and 1605mm in height with a wheelbase of 2500mm.

Kia has confirmed that the Sonet will offer several segment first features. Though, the feature list is yet to be revealed by the carmaker. The latest spy pictures reveal that the Kia Sonet will borrow the 10.25-inch touchscreen infotainment system (largest in the segment) from the Seltos. The unit will support both Apple CarPlay and Android Auto. Read – Kia’s Fourth Car Likely to Come in Early 2021

Rumour has it that the new subcompact SUV from Kia will come with a 360-degree camera, which will be first in the segment. Some of its key features will include a Bose premium sound system, UVO connected car technology, air purifier, wireless phone charger, sunroof, automatic climate control, push button start-stop, rear AC vents and more.

The Kia Sonet will take head-to-head against multiple cars including Hyundai Venue, Maruti Suzuki Vitara Brezza, Mahindra XUV300, Tata Nexon and Ford EcoSport. The upcoming Renault Kiger and Nissan Magnite will also be put up against the new Kia compact SUV. While its official prices will be revealed during its launch event sometime in September, its estimated to cost between Rs 7 lakh – Rs 11.50 lakh (ex-showroom).