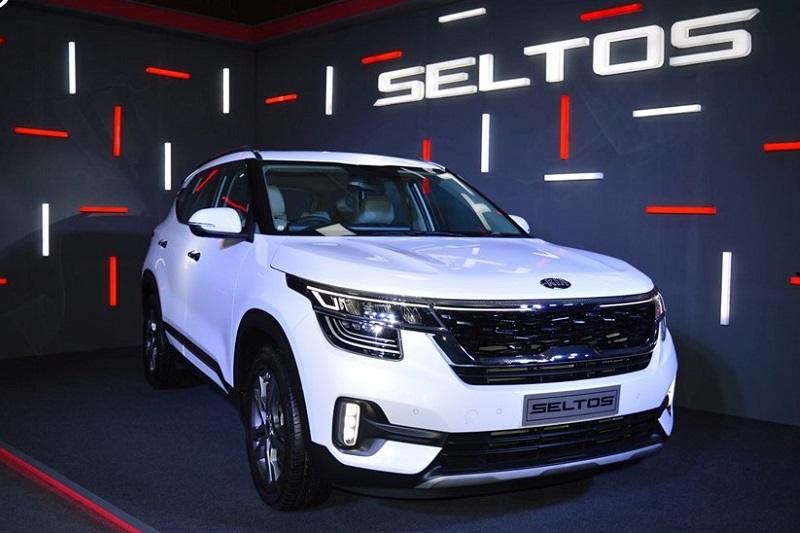 The Kia Seltos, the all-new compact SUV in India from the Korean carmaker, has bagged 40,000 bookings so far. The vehicle has managed to achieve this figure in just 35 days of its launch, which is a kind of record. Primarily, the company aims to increase production and reduce waiting period of the Seltos SUV. Currently, the compact SUV has an average waiting period of around 2 months.

The company’s Anantapur based facility has a production capacity of 3 lakh units per annum. In order to meet the soaring demand, Kia Motors India promised to start second shift at its plant. In September 2019, the production of the Seltos is likely to go up to 10,000 units. Read – Kia Seltos Gets 2 New Automatic Variants

The Kia Seltos was launched in late August this year and back then the carmaker announced that it received over 32,000 bookings for the vehicle. The compact SUV registered total sales of 6,236 units in its first month of sales and became the highest selling mid-size SUV in the country. The Seltos outsold its arch rival Hyundai Creta and the new entrant MG Hector that recorded sales of 6,001 units and 2,000 units respectively.

The all-new SUV from the Korean carmaker comes in 16 variants with two petrol and one diesel Smartstream engine options. The 1.4-litre GDI turbo petrol powertrain delivers a peak power of 138bhp with 242Nm of peak torque. It comes with a 6-speed manual and a 7-speed automatic transmission options.

The 1.5-litre NA petrol motor is tuned for generating 113bhp and 144Nm of peak torque. It can be had either with a 6-speed manual or an IVT (Intelligent continuously variable transmission) automatic gearbox. Read – 5 Upcoming Kia Seltos Rivals In India

The 1.5-litre VGT diesel unit develops a maximum power output of 113bhp and 250Nm of torque. The oil burner comes paired with a 6-speed manual and a 6-speed torque converter automatic gearbox.