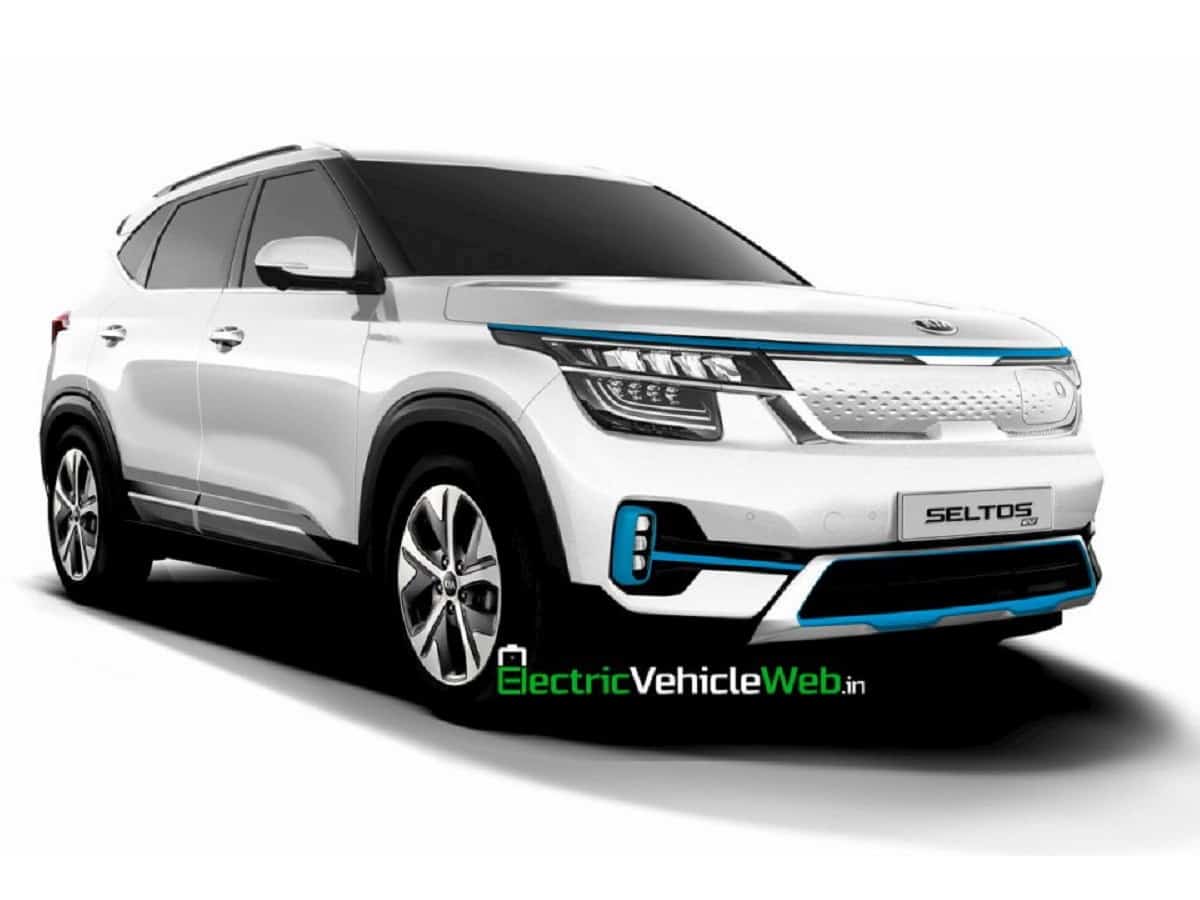 Kia Seltos EV Will Be Brand’s Most Affordable Electric SUV

Kia Motors is working on electric version of its highly popular Seltos compact SUV. The electric SUV will make its world debut later this year, followed by its launch in China. It will also be introduced in other global markets; however, its India launch isn’t on the cards. According to a fresh media report, the Kia Seltos EV will be the brand’s most affordable electric SUV. The electric iteration of the compact SUV will carry simple and neat design.

A latest digital rendering previews a possible design of the production ready model. The Kia Seltos EV features a closed-off grille for better aerodynamics. The revised front bumper, differently designed 17-inch alloy wheels and blue highlights on the radiator grille and fog lamp assembly further distinguish it from its combustion –engined model. However, the LED headlamps, dual-tone ORVMs, roof rails and strong shoulder lines are swapped from the regular version.

The upcoming Kia Seltos EV will share its powertrain with the Hyundai Kona electric SUV. The latter one uses a permanent magnet synchronous motor and a 39.2kWh lithium-ion battery. The electric motor is claimed to deliver power worth 136bhp and 395Nm of torque. The Kona offers an ARAI-certified range of 452km and is capable to do 0 to 100kmph in 9.7 seconds. The carmaker might also use the Kia K3 EV electric powertrain for the Seltos EV. Read – 2 All-New Kia Cars We Are Waiting For

The electric version of the Setlos is likely to deliver a range of around 400km on a full charge. The charging ports area likely to be integrated at the front similar to the rendered model. Global production of the Kia Seltos EV might be commenced in August, 2020. It will be manufactured at the carmaker’s Yancheng, Jiangsu provision based facility in South Korea. The company is planning to make less than 10,000 units of the electric SUV in its first year.

Kia Seltos EV Will Be Brand’s Most Affordable Electric SUV