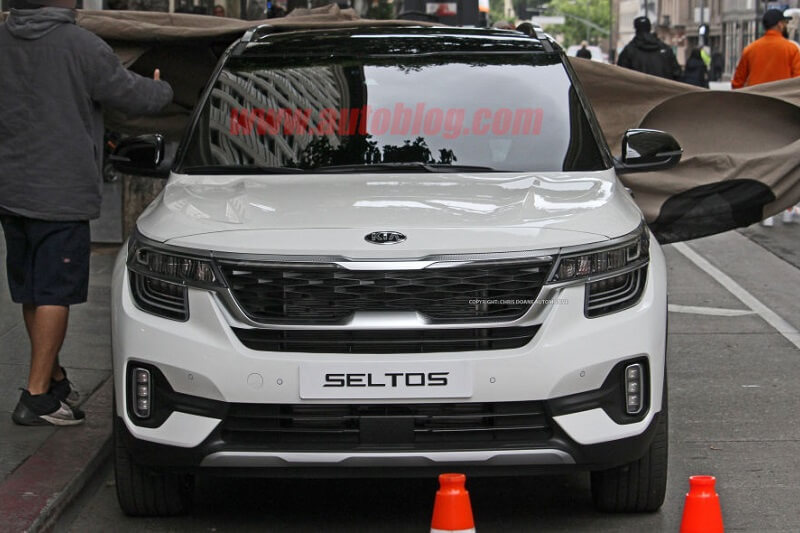 Kia Motors is all set to launch its first product in the Indian market. Previewed as Kia SP concept at the 2018 Auto Expo, the new Kia SUV will make its global debut in its production avatar on 20th June. Prior to its official unveiling, the Korean carmaker revealed design sketches of the vehicle.

Recently, the production-ready Kia SP2i was caught on camera during its TVC shoot in the US. The spied model carries the ‘Kia Seltos’ nameplate. Though, there is no clarity whether the Indian version of the SUV will be named the same or not. Kia’s new premium SUV will be stacked up against the Hyundai Creta and Nissan Kicks. 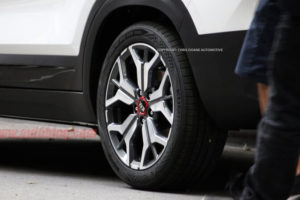 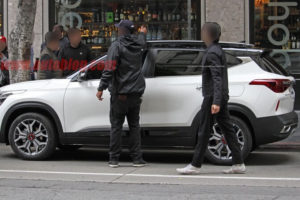 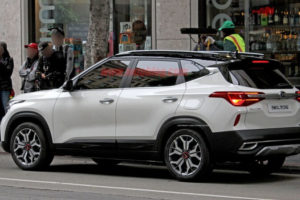 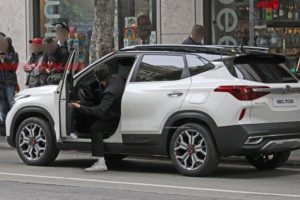 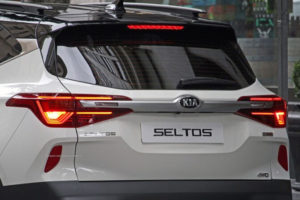 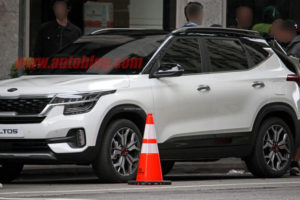 The spy pictures also confirm that the Kia Seltos will have dual-tone (Black and Brown) colour scheme inside the cabin. The SUV is likely to offer several segment-first features including a 360-degree camera, in-car WiFi and wireless charging along with a large touchscreen infotainment system, a head-up display and an ambient lighting package. Read – Kia Carnival MPV Is Coming To India

The spotted model has the T-GDi and 4WD badging that hints it will come with a turbocharged petrol engine four-wheel-drive system. In India, the Kia Seltos is likely to be offered with a 1.4L turbocharged petrol motor that will be good for 140bhp. The diesel version of the SUV might share its powertrains with the Hyundai Creta – i.e. 1.4L and 1.6L.