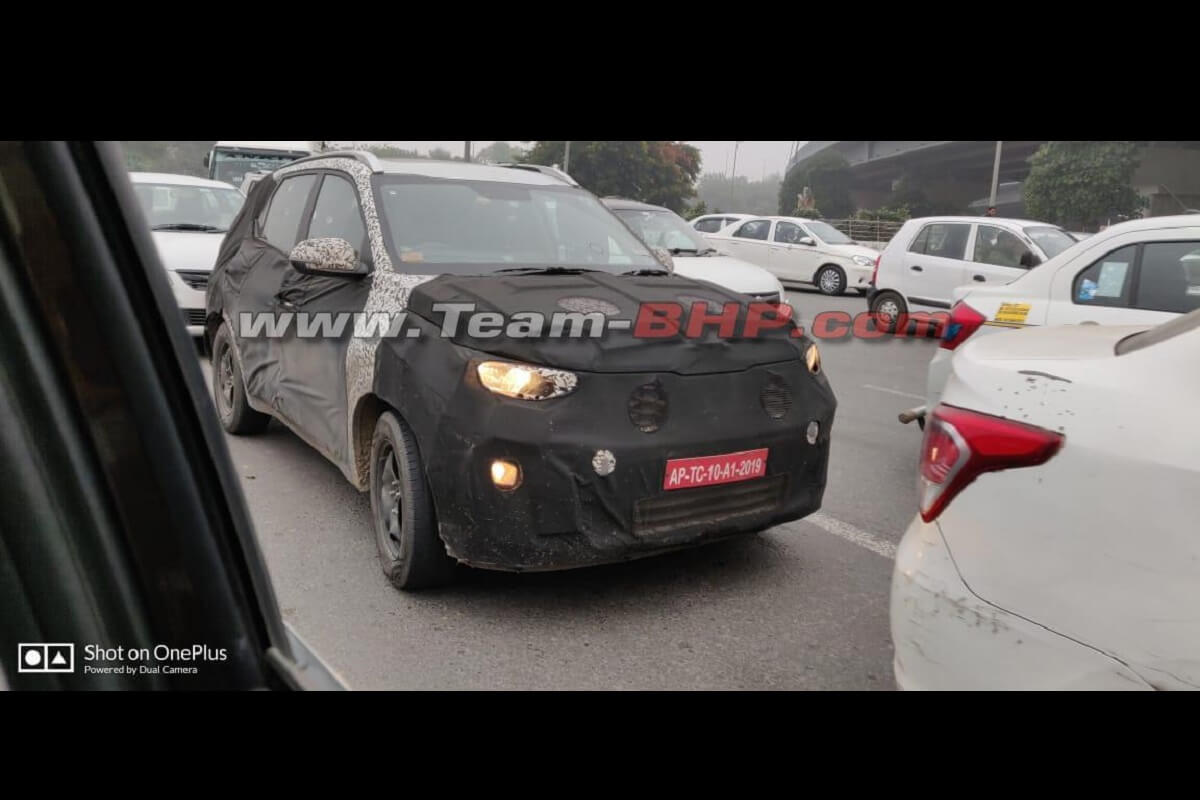 Korean automaker, Kia Motors is ready to enter in the sub-4 meter SUV category. The company is readying a compact SUV based on the new Hyundai Venue. Codenamed QYi, the new SUV is likely to make global debut at the 2020 Auto Expo. Testing of the new model has already been commenced, and a new set of spy images reveal design details.

The Kia QYi compact SUV is expected to be launched in the second half of 2020, most probably around August. Styling of the new SUV is inspired by the Seltos SUV, which is currently the best-selling model in its category. Going by the spy images, it is visible that the new QYi compact SUV gets wraparound headlights, newly styled front bumper with a pair of fog lamps, roof rails, a shark fin antenna and steel wheels.

The cabin of the Kia QYi is likely to share some of the components with the Seltos SUV. It could receive a large touchscreen infotainment system with Android Auto and Apple CarPlay. The SUV is likely to get UVO connect features, sunroof, multi-functional steering wheel and automatic climate control.

Kia’s compact SUV is expected to share the engine options with the Hyundai Venue. It will receive a 1.0-litre 3-cylinder, turbocharged petrol engine that is good for 118bhp and 172Nm of torque. The diesel version will get a 1.5-litre engine, which will be a de-tuned version of the 1.5L turbo unit currently powers the Seltos. Both manual and automatic versions will be on offer.

The Kia QYi compact SUV is likely to be priced in the range of Rs 8 lakh – Rs 12 lakh. It will directly rival the likes of the Mahindra XUV300, Tata Nexon, Ford EcoSport, Hyundai Venue and the Maruti Vitara Brezza.