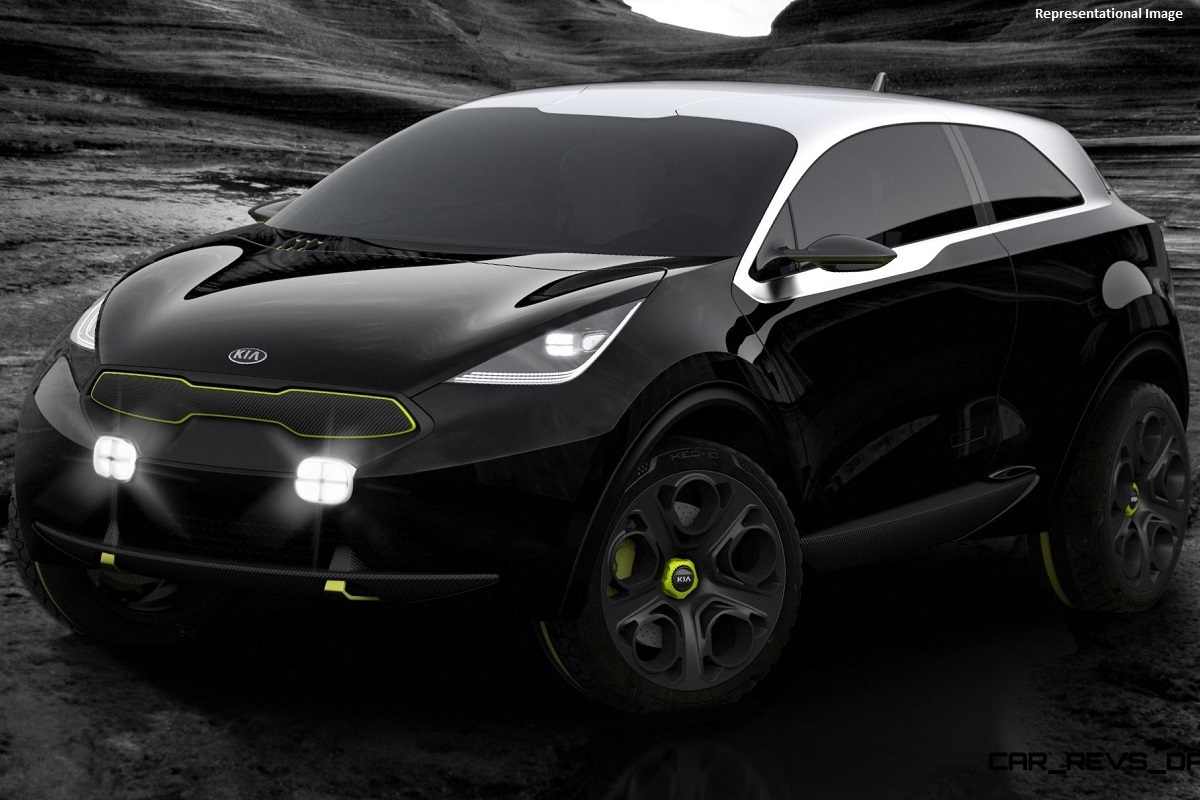 After a successful introduction of the Seltos, Kia is now readying 2 new cars for the Indian market before the end of 2020. The next Kia car for our market is the Grand Carnival 7-seater premium MPV, which is already on sale in select international markets. The Korean brand is also readying a sub-4 meter SUV, which is designed and developed for the Indian market.

The new Kia compact SUV, codenamed QYi, will be based on the Hyundai Venue’s monocoque platform. The small SUV has already been spotted multiple times, but this time the Kia QYi has been caught on camera by YouTuber ‘Born Creator‘. The SUV was caught testing on the roads of Delhi-NCR.

The spotted model was heavily covered with cloth, though the LED tail-lights are clearly visible in the video. The test mule also reveals that the new QYi will come with a crossover-ish profile rather than the typical SUV-like boxy profile. The spotted car was equipped with roof rails and shark-fin antenna.

The Kia QYi will make debut in the concept form at the 2020 Auto Expo. It is reported that the SUV will go on sale in the country by August 2020. The SUV will share the engine line-up with the Hyundai Venue. It will get a 1.0-litre turbocharged petrol engine producing 118bhp and 172Nm. Transmission options will include a 7-speed dual-clutch automatic and a 6-speed manual.

The diesel version of the Kia QYi will receive the 1.5-litre engine that also powers the Seltos. While the current unit comes with variable geometry turbocharger, the de-tuned version of the 1.5L diesel engine will receive the fixed-geometry turbocharger. Both manual and automatic versions will be on offer. The Kia QYi will take on the likes of the Hyundai Venue, Maruti Vitara Brezza, Mahindra XUV300, Tata Nexon and the Ford EcoSport.