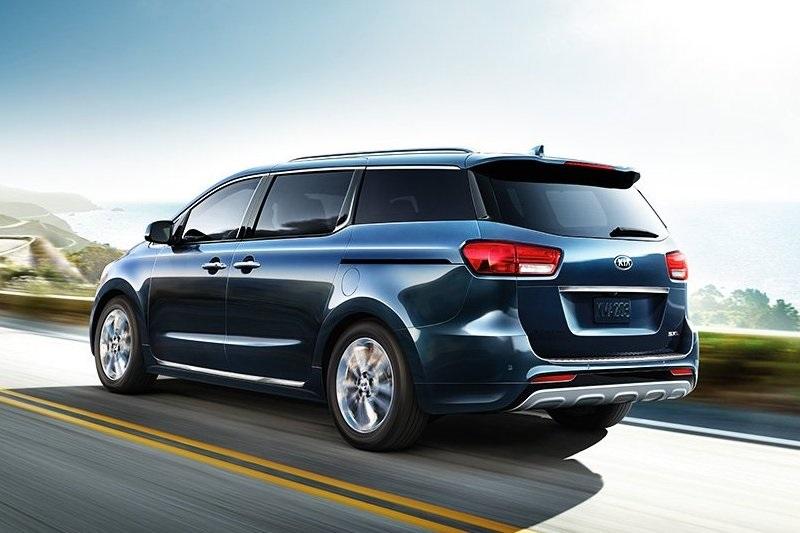 We have reported earlier that Kia Motors India is planning to bring in two new models in 2020. The first one to arrive in the market will be the Kia Carnival luxury MPV, followed by a subcompact SUV. The new 7-seater MPV from the Korean carmaker will come as a premium alternative to the Toyota Innova Crysta. Here, we have listed 5 facts about the Carnival MPV that you didn’t know.

Dimensionally, the Kia Carnival will be bigger than its direct rival – Toyota Innova Crysta. The entire length, width and height of the Carnival stand at 5115mm, 1985mm and 1740mm respectively. It sits on a 3060mm long wheelbase. The Innova Crysta, on the other hand, measures 4735m in length, 1830mm in width and 1795mm in height with a wheelbase of 2750mm.

The all-new luxury MPV from the Korean carmaker will come with a pack of advanced comfort and connectivity features. For entertainment purpose, the Kia Carnival will have multiple 10.1 screens and a premium audio system. It will also get UVO Connect in-car connectivity suite as we have seen in the Kia Seltos.

The list will include a large touchscreen infotainment system, three zone climate control, a power adjustable driver’s seat with memory function, auto defog system, wireless charging, etc. Features such as power-operated sliding doors for the second row and lower slung construction will add more to its practicality. The top-spec trim of the MPV is likely to come with captain chairs with extendable leg rests and chair arms.

In India, the Kia Carnival will be offered with a BS6-compliant, 2.2L, four-cylinder turbocharged diesel engine pushing out a maximum power of 202bhp and 441Nm of torque. Transmission options might include a 6-speed automatic and a manual unit.

Compared to the Toyota Innova Crysta, the Kia Carnival will be an expensive deal. It will be brought to India as CKD (Completely Knocked Down) unit and then assembled at Kia Motors India’s facility. To be available in multiple variants, the luxury MPV from the Korean carmaker is likely to come at a starting price of Rs 30 lakh (ex-showroom).

Kia Carnival will go on sale in India early next year. Its official launch is likely to happen at the 2020 Auto Expo. Bookings could be commenced a month before its launch – i.e. in the first or second week of January, 2020.