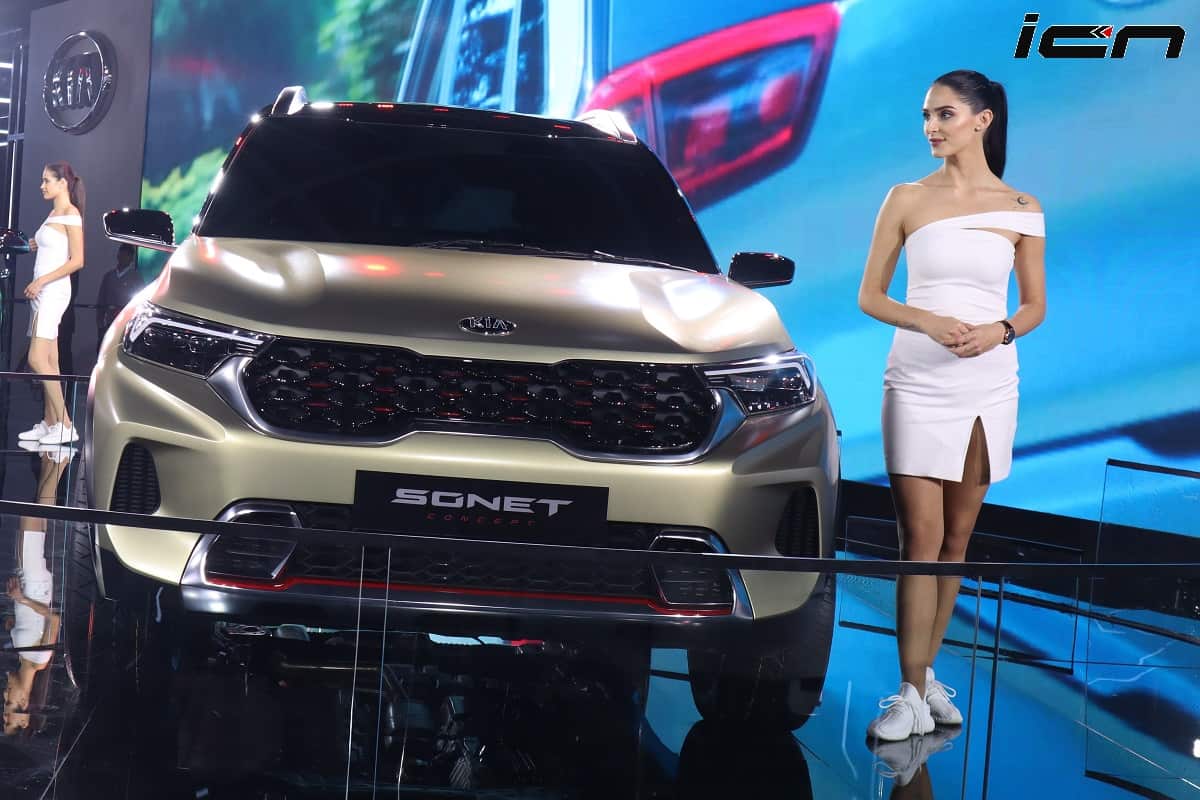 Kia Motors began its Indian operations with the Seltos compact SUV that’s proved to be a grant success for the carmaker. The company sold over 40,000 Seltos in just 4 months of its launch despite the slowdown in the auto industry. It also helped Kia become the fourth largest carmaker in the country. Kia Carnival is the second offering from the Korean carmaker that will soon be followed by the Kia Sonet subcompact SUV.

Speaking to a media publication, Han-Woo Park, President and CEO of Kia Motors, has revealed that the company aims to sell 70,000 of the Kia Soent in the first full year. In fact, he personally expects the sales figures will go even higher. Kia’s Anantapur based plant in Andhra Pradesh will serve as the world production hub for the Sonet compact SUV.

Kia Sonet that recently made its world debut at the Auto Expo 2020, will hit showrooms in the second half of this year. It will be gun up straight against the Hyundai Venue, Maruti Vitara Brezza, Mahindra XUV300 and other cars in the subcompact SUV segment. The Sonet share its platform with its cousin – Hyundai Venue, but looks completely different. Read – New Kia Compact MPV To Challenge Ertiga, Marazzo

You can notice the signature ‘Tiger Nose’ grille with LED headlamps and sculpted bonnet at the front end. The showcased model was equipped with large 18-inch wheels with 255 section tyres, small ORVMs and flush-fitting door handles. However, these features won’t make to the production model.

Similar to the Seltos, the new Sonet will be packed with lots of comfort goodies and latest connectivity features. It will come with a 10.25-inch touchscreen infotainment system (largest in the segment), UVO Connect in-car connected technology and a premium audio system. Read: Kia Motors India To Launch More SUVs, MPVs; No Hatchbacks

The petrol and diesel engines will be borrowed from the Hyundai Venue. Though, the Kia Sonet will get an optional 6-speed manual gearbox and an intelligent manual transmission (iMT) with auto-rev matching feature.