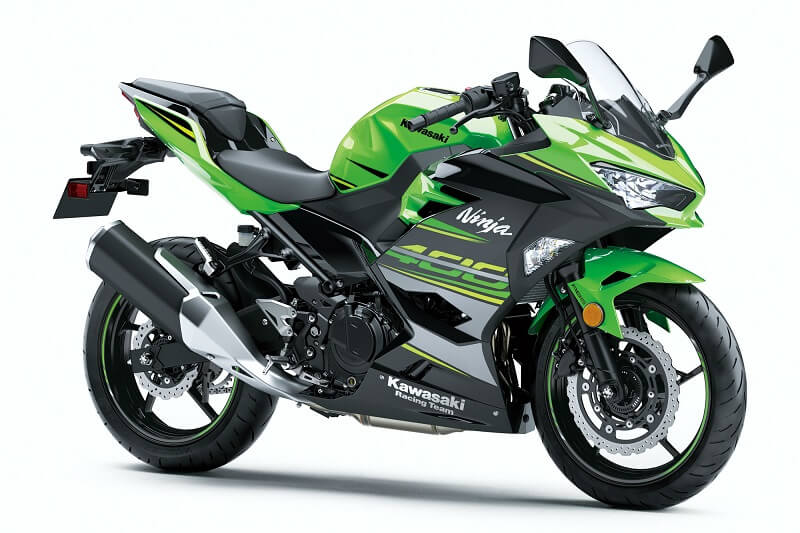 Kawasaki, the Japanese two-wheeler automaker will slowly phase out the popular Ninja 400. The Ninja 300 won’t be compliant to strict Euro IV emission norms. That’s why Kawasaki had unveiled the all-new 2018 Ninja 400 at the Tokyo Motor Show. The 2018 Kawasaki Ninja 400 has finally been launched in the Indian market at Rs 4.69 lakh (ex-showroom, Delhi).  In India, this model sits between the Ninja 300 and 650 and will target buyers looking for a middle-weight motorcycle.

The Kawasaki Ninja 400 looks sportier and takes design cues from the Ninja H2, as it gets the similarly styled spoilers under the headlamps. It features Kawasaki Racing Team colours that have 400 branded across the sides of the fairing. Powering the Ninja 400 is a new 399cc parallel-twin engine that produces 44.8bhp, up from 39bhp of Ninja 300 and 38Nm of torque. This engine is around 1kg lighter than the Ninja 250’s engine and features a bigger air-box, which makes it more powerful. The new model has a kerb weight of 168kg, which makes it around 8 kg lighter than the Ninja 300.

The new Ninja 400 is powered by an all-new 399cc parallel-twin, liquid-cooled engine that churns out a maximum power output of 45bhp at 10,000rpm and 39Nm of torque at 8,000rpm. The new model is 6bhp more powerful than the Ninja 300, which offers 39bhp of power. Power is transmitted to the rear wheel via a six-speed gearbox. It is further assisted by a slipper clutch.

This engine is claimed to offer improved performance throughout the range, and offers better low-down torque. It sports a larger airbox for increased intake efficiency. For braking duties, the bike gets 310mm single-disc brake upfront and a single-disc at the rear. Additionally, it is equipped with Nissin ABS (Anti-Lock Braking System). Also Read – Kawasaki Versys X-300 Adventure Motorcycle Is India Bound 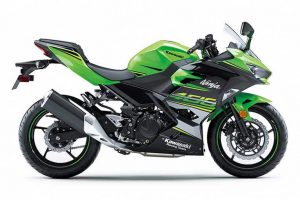 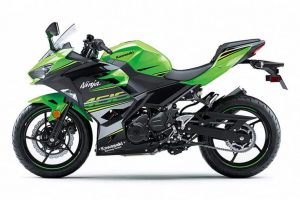 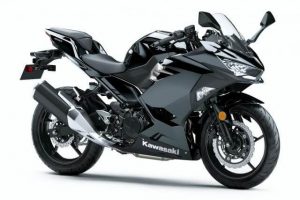 The new 2018 Kawasaki Ninja 400 will replace the Ninja 300 globally. In India, the model has been slotted between the 300 and 650. The bike looks aggressive than the smaller sibling, taking styling cues from its supercharged litre-class sibling – the Ninja H2. It features the twin headlight setup with LED illuminator, which looks sharper than the smaller bike. There is a chin-spoiler positioned below the twin LED headlamp that adds to its sporty character. At the back, the bike gets ZX-10R inspired LED tail-light. Also See – Kawasaki Vulcan S Priced At Rs 5.44 Lakh in India

The company has also revised the body panels, fairing and the fuel tank design. Like the Ninja 300, it features the fairing integrated front blinkers that adds to its clean design. Additionally, there is a new LCD display. It is based on the new steel trellis frame, which makes the new motorcycle lighter by 6kg than the small model. It weighs 168kgs, while the Ninja 300 weighs 174kg. It comes equipped with 14-litres of fuel tank, a down from 17-litres on the Ninja 300.

The bike continues to feature the 41mm Kayaba forks upfront and a monoshock unit at the rear. THe bike is claimed to offer better wind protection. The bike features a seat height of 785mm.