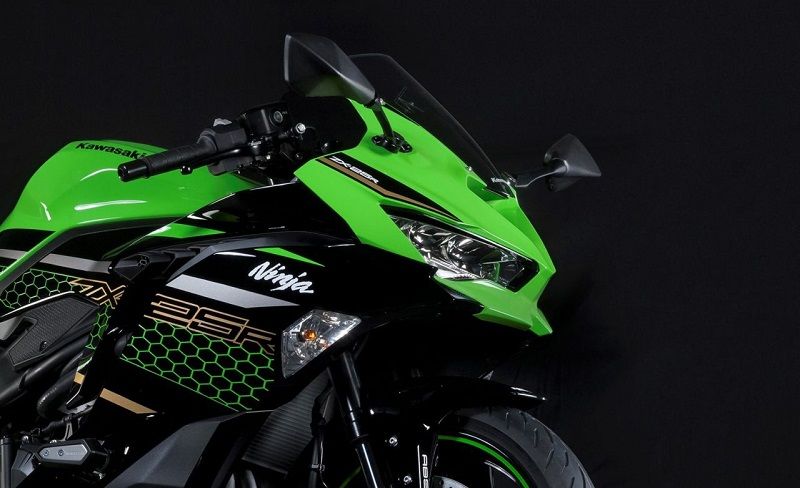 Powering the Kawasaki ZX-25R is a 249cc inline 4-cylinder, liquid-cooled, DOHC, 16-valve engine. The company hasn’t revealed the power and torque figures for the new motorcycle. The previous Kawasaki ZX250R, which was sold between 1989 and 1997, offered 45bhp of power and 24.5Nm of torque and was able to hit an exceptional 19,000rpm.

Previous media reports indicate that the 249cc inline, 4-cylinder engine could offer close to 60PS of peak power. If the numbers stay true, the ZX-25R will be the most powerful quarter-litre motorcycle on sale in the market. The motorcycle comes fitted with ABS, traction control and selectable power modes. Engine is paired to a six-speed gearbox, which is benefitted with a quick-shifter.

The new Kawasaki Ninja 250 is built on the high-tensile steel trellis frame. For suspension duties, the bike gets upside down separate function forks at the front and a horizontal back-ink rear suspension. The braking system comprises of a single-disc with radially mounted monoblock calliper at the front and a single disc at the back.

Styling inspiration for the ZX-25R comes from the bigger Kawasaki Ninja ZX-6R. It features a twin-pod LED headlamps, fairing integrated front blinkers, muscular fuel tank, and split-style, step-up seats. It is wrapped in the Kawasaki Racing Team paint, which is similar to that of the Ninja 400 and the ZX-10R. It gets ZX-10R inspired tail-lights and short exhaust.