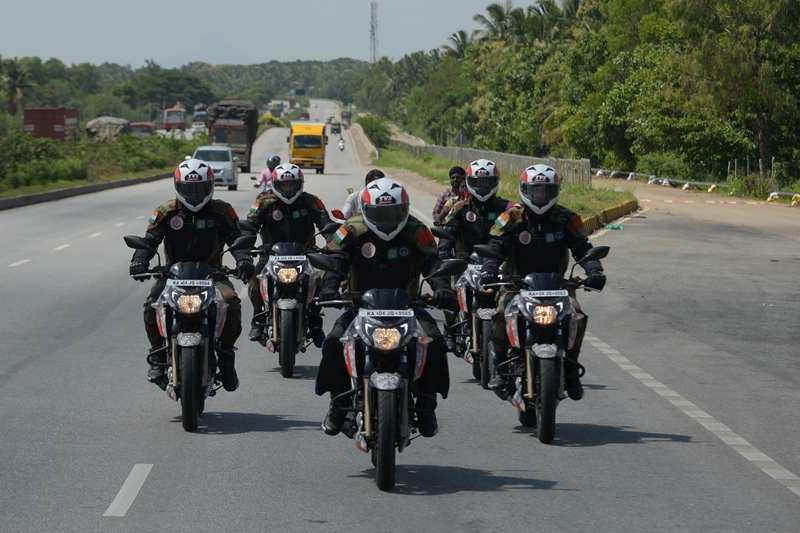 The Motorcycle Display Team of the Corps of Military Police along with TVS Motor Company flagged off a Motorcycle Expedition.

India is a land of brave warriors; we fight to claim what is ours. Our Indian Army is full of such warriors and in the year 1999, the world witnessed the bravery of Indian Army when it conquered the Kargil Mountains against Pakistan intruders.

To commemorate this victory ‘Kargil Vijay Diwas’ is celebrated each year on 26th July. As a part of the celebrations, on 2nd July 2018 ‘SHWET ASHW’, the elite Motorcycle Display Team of the Corps of Military Police along with TVS Motor Company flagged off a Motorcycle Expedition from Bangalore to Dras. 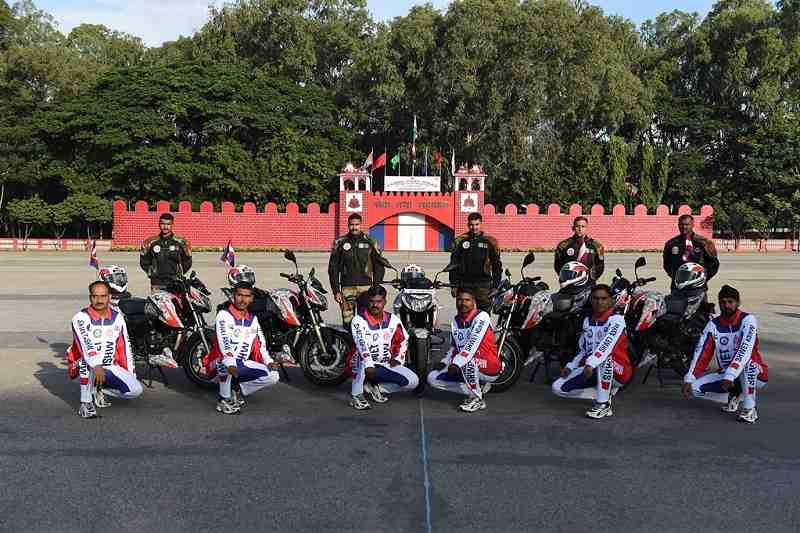 Over the next 20 days, a team of 5 army officials will traverse a distance of more than 3250 Kilometres across eight states in the country. The expedition was flagged off today at a ceremony by Major General Sanjeev Narain, AVSM General Officer Commanding Karnataka & Kerala Sub Area from Core of Military Police, Centre and School, Bengaluru.

The ‘SHWET ASHW’ was formed in the year 1952 at CMP Centre & School, Faizabad and was given its name by the then Chief of Army Staff, Late Gen AS Vaidya, MVC and Bar. Since then, the team has performed at various National and International events and has three Guinness Book of World Records to its name.

For the upcoming expedition, a five highly experienced riders from the team are participating in the expedition which include one officer and four other ranks from the Corps of Military Police. The team will traverse across the length of the country from Bangalore to Kargil and cover cities such as Belgaum, Pune, Mumbai, Vadodara, Udaipur, Nasirabad, New Delhi, Chandigarh, Manali, Sarchu&Leh, astride the TVS Apache RTR 200 Fi 4V Race Edition 2.0, an award-winning motorcycle from the stables of TVS Motor Company.

The expedition will conclude on 24th July 2018, at Kargil War Memorial as a part of the ‘Kargil Vijay Diwas’ celebrations. The aim of the expedition is to strengthen the brotherhood, pay homage to the supreme sacrifices made by our martyrs during the Kargil War and enhance the image of the Indian Army to motivate the youth to join this elite organization.