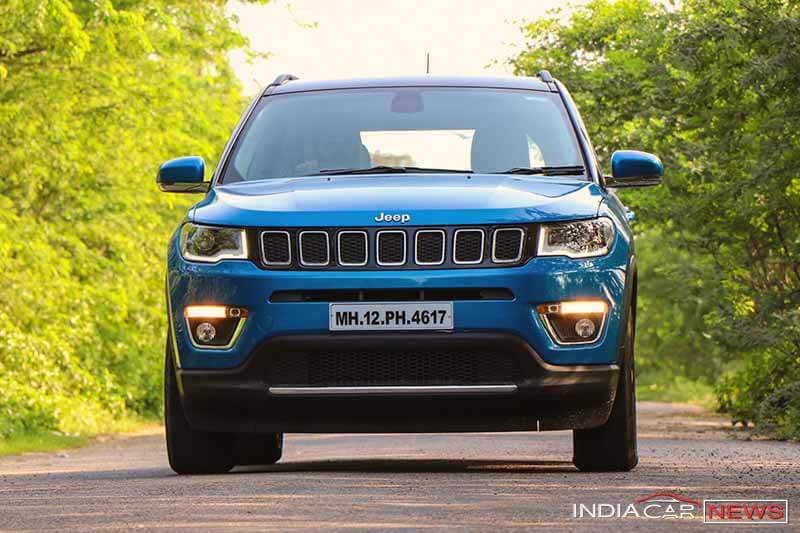 The Jeep Compass is everything you expect from an SUV. It’s good looking, feels tough, well built, and exhibits great on & off-road manners.

The Compass is special. It’s the newest & most affordable Jeep in town. It’s the first Jeep to be built in India. India is one of only four counties where it will be manufactured. And last but not the least, all right-hand-drive Compasses for the rest of the world will be made in India, too. This special it is!

There’s a lot riding on Compass’ shoulders. And the Compass is not afraid. Why? Keep reading.

Compass exactly looks the way an SUV should. It’s bold, rugged and intimidating. And because its design and overall appeal is inspired from the far more expensive Grand Cherokee – it looks premium and upmarket too. The trademark seven-slat grille and rectangular bi-xenon headlamps make for a striking front fascia. Sideways, the wheel arches are designed to evoke the foremost Jeep’s squared-off ones – nice touch of lineage, that. However, the wheels seem out of the place – li’ll small and plain-jane. The roofline is blacked out and underlined with a chrome strip that runs throughout and looks neat. The glass-house is one-of-its-kind as it terminates abruptly near the D-pillar which lends it a beefy look. Except the iron-man inspired LED tail-lamp units and bright Jeep moniker, there’s hardly any other standout element on the relatively simple rear end. 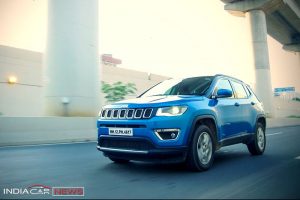 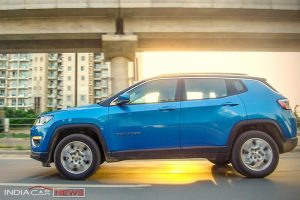 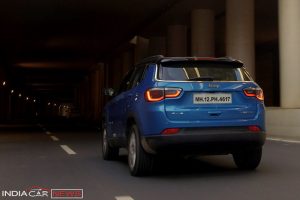 Underpinned on the Fiat 500X platform, the Compass is 4395mm long, 1818mm wide and 1640mm high, making it smaller than its closest competitor, the Hyundai Tucson. And that’s the reason why it doesn’t seem very large when you see it in person. The built quality of the Compass is simply outstanding. There’s a tank-like feel to it which no other offering in this budget or even a segment above provides. 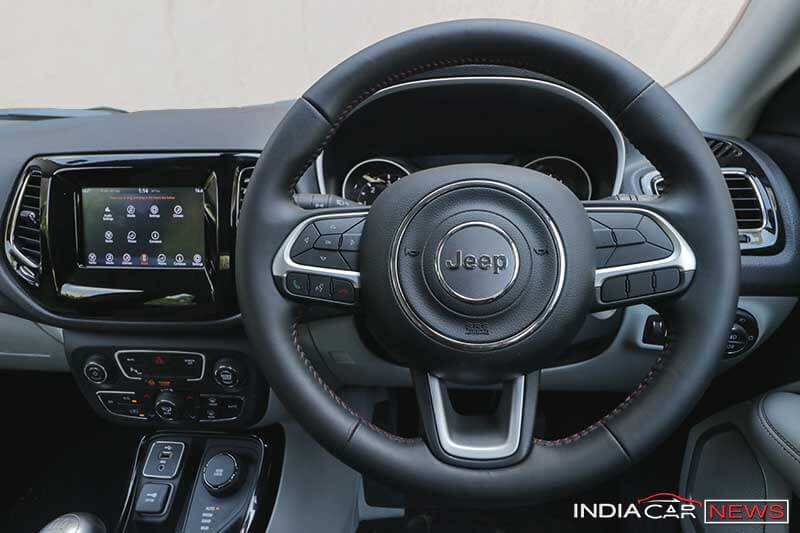 Compass’ interiors are not as striking as the exteriors, but there’s still a contented feel to it. We drove the top-end Limited 4×4 trim with light grey upholstery which looked and felt great, but keeping them clean won’t be easy. The dash layout is simple and top of it uses soft-touch plastics which adds to the premium feel. The 7-inch touchscreen feels lethargic and could have done sans the piano black surround which is a fingerprint magnet. As far as the connectivity options are concerned – it offers everything from Aux, Usb to both Apple CarPlay and Android Auto and sound quality from the six speaker music system is also decent. The twin pod instrument cluster is pretty easy to read having large dials and an informative display unit displaying readings for outside temperature, fuel levels and current & average fuel efficiency. The meaty steering wheel is perfectly sized and good to hold. The left side of it houses buttons for the multifunction display but the right side misses out on the buttons for the cruise control, which is not on offer. Also, the audio controls are placed weirdly on the back side of the steering wheel. Except this, the Compass is an ergonomically sorted product. Everything fall well in place and you won’t change the drive modes when all you desired was to increase the music volume. The overall quality of the cabin is good but the fit-&-finish could have been better. 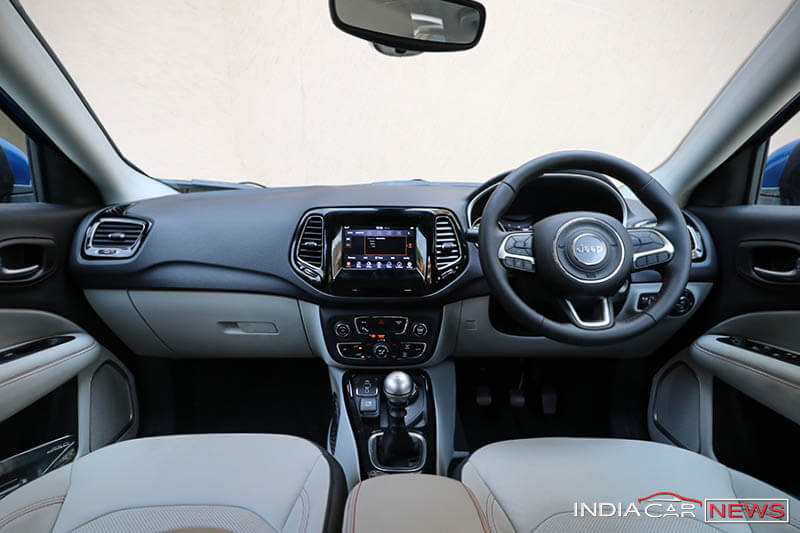 The front seats are well cushioned and offer great comfort. Visibility up-front is nice too and the high seating arrangement helps in providing a commanding view. The rear also offers decent comfort with an ideal backrest angle and good overall support. Yes, better under thigh support is what you wish for after sitting there for long. The leg and head room is decent but the high-window-line results into a sense of less airiness. Also, squeezing a third occupant at the back could be a bit of an issue due to the contour of the seat squab and the high centre tunnel.

At 438 litres, the boot size is smaller than the competition and the high bay makes loading slightly cumbersome. There’s lack of storage spaces inside the cabin as well. The biggest space is under the centre armrest and in front of it you get two bottle holders. The bottle holders in the door pockets are good for only 500 ml bottles and the glove box too is tiny.

Jeep is offering Compass with two engines, both with 4×2 and 4×4 options. The petrol variant gets a 1.4-litre Multiair turbo-petrol mill with the choice of a six-speed manual and dual-clutch autobox. The diesel variant, which we’re reviewing, marks the entry of 2.0-litre Multijet II diesel engine in India for the first time. The unit puts out a good 170bhp at 3,750rpm and 350Nm from 1,750-2,500rpm, and as of now it is only available with a six-speed manual. Automatic will arrive sometime next year. Bring the engine to life and the engine settles into a clattery idle. The engine has a typical Multijet characteristic – it’s slow revving with turbo lag till around 1,800rpm, and has a strong mid-range. The delivery power is more on the smoother side and lack of rush is somewhat missing. Stay between 2000rpm and 3500rpm and you’ll enjoy every bit of your drive but once you cross that, it becomes tad noisy. Slot it in 5th or 6th gear and cruise all day long at triple digit speeds – that’s Compass’ strength. 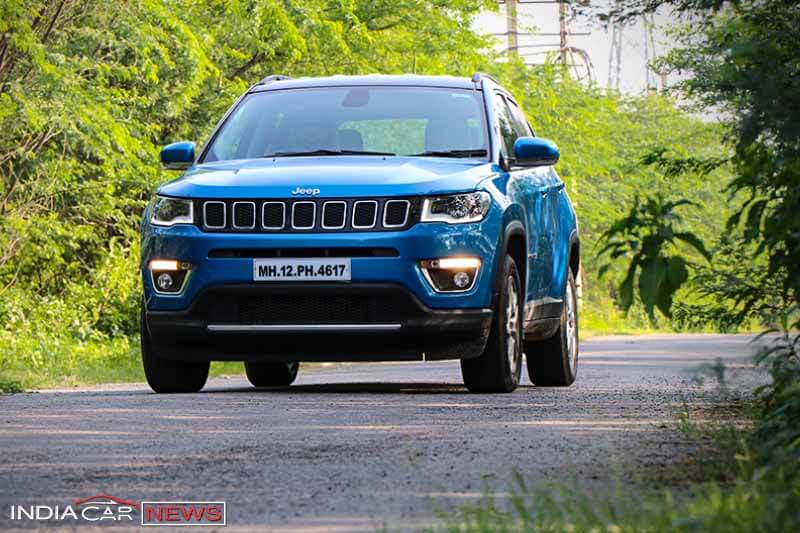 The 6-speed manual gearbox is really nice. It’s good to hold and shifts are smooth and precise. The clutch though feels a bit heavy and springy, especially in bumper to bumper chaos.

Compass comes out as an excellent ride & handling package. Bad roads and potholes are brushed off with ease. All thanks to Koni’s Frequency Sensitive Damping suspension setup that’s generally available on more expensive cars. The system basically adjusts damping as per the road condition and driving style to offer a seamless balance between ride & handling. This tech has done wonders to the way the Compass drives. Except getting caught-out by a sudden big bump, there’s hardly anything that bothers the Compass and it literally flies over any tarmac. 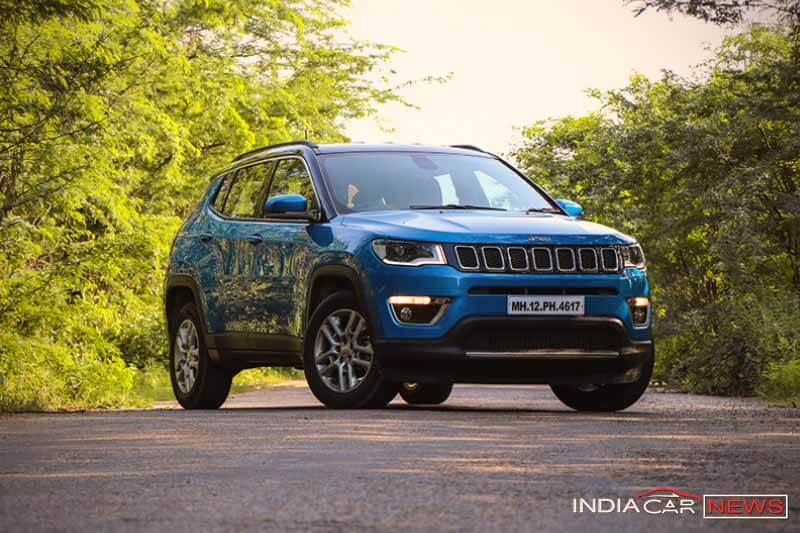 The Compass is remarkably composed on straights and not too bad on the twisty lanes, either. It’s actually lot better than most SUVs available in this budget. But that doesn’t mean that this could be your next track-day tool. There is some body roll when you go hard in corners, but certainly nothing to worry about. The steering is well-weighted, but feels inert and doesn’t provide as direct a connection to the front wheels.

Alongside good on-road performance, the Compass is no slouch when the situation gets rough. While it may not be as hardcore as a Wrangler, it is still a Jeep, and that makes it the best in its class when the going gets tough. It’s predominately a front-wheel driven offering but the power is sent to the rear wheels as soon as it starts loosing traction. There’s an option to lock it in permanent AWD too, which acts as guardian in difficult situations. If situation still goes out of the hand, there are different modes to choose from – Mud, Sand and Rock which rejiggers the ABS, ESP and TCS to provide the best possible traction. In a nutshell, the Compass, being a road biased SUV feels exceptional off-road and is a great example of Jeep’s expertise in making SUVs.

The Jeep Compass is everything you expect from an SUV. It’s good looking, feels tough, well built, has loads of presence and exhibits great on-road & off-road manners. On the downside – it lacks space and plushness of the Tuscon. But then, no product is perfect.