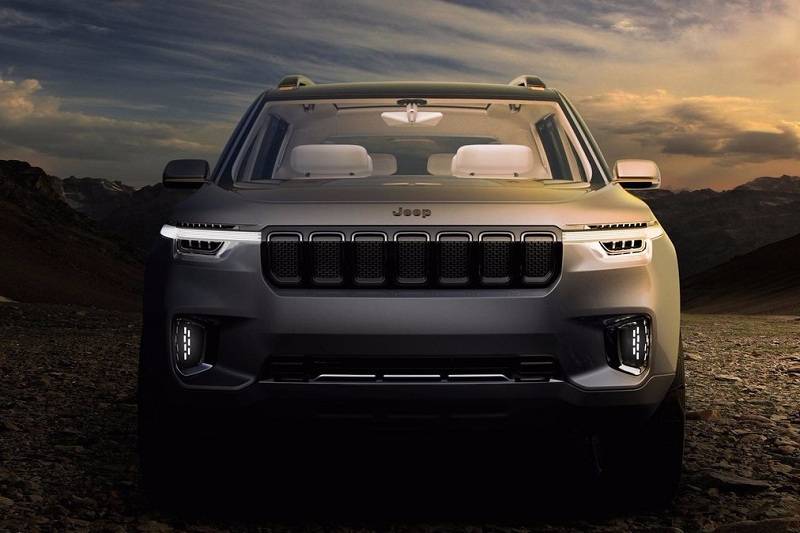 Jeep 7-seater SUV will be priced and positioned above the Compass.

The American SUV manufacturer, Jeep recently confirmed that it will expand its Indian product lineup with a new subcompact SUV (codename – Jeep 526) and a 7-seater D-SUV (codename – Low D). In terms of pricing and positioning, the former will sit below the Compass and the latter will be positioned above the Compass. Here’re five things about the upcoming Jeep 7-seater we know so far.

The new Jeep 7-seater SUV will essentially be an elongated version of the Compass. In order to accommodate an extra row of seats, the Jeep Low D will have slightly longer rear session. While the wheelbase will be exactly similar to the Compass, its length will be increased. Sitting on the monocoque chassis, the new 7-seater SUV will share some of its design bits and features with its younger sibling. Read – 2020 Jeep Wrangler Rubicon Could Be Called MOAB

Jeep’s new 7-seater SUV is likely to come with the BS6-ready 2.0L Multijet II diesel engine pushing out power worth 170bhp and 350Nm of torque. It’s the same powertrain that does duty on the recently-launched Jeep Compass Trailhawk. The oil burner could be paired with a 6-speed manual and a 9-speed automatic gearbox. Reports suggest that it could also come with a BS6-compliant 1.4L MultiAir petrol motor with a 6-speed manual and a7-speed dual-clutch automatic transmission. Read – Jeep Compass Facelift To Get A New Petrol Engine

Similar to the Compass, the new Jeep 7-seater SUV could be produced at the company’s Ranjangaon plant near Pune. The carmaker had announced that it will increase production capacity of its Pune facility from 1,60,000 units to 2,40,000 units. Jeep might export the SUV to overseas as well.

If Jeep will manufacture its new 7-seater SUV locally in India, it’s likely to be launched at quiet a competitive pricing. Prices of the SUV are likely to fall in the range of Rs 25 lakh – Rs 30 lakh. In this price range, it will go up against the multiple cars right from Honda CR-V and Skoda Kodiaq to Toyota Fortuner and Ford Endeavour.