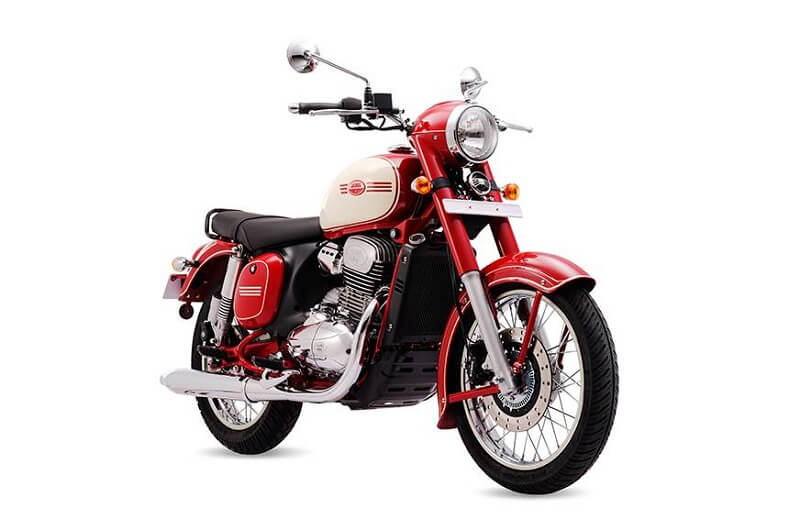 The motorcycle will hit dealerships on October 15, 2019. The customers with existing bookings and the new buyers booking the bike before October 22 will be eligible to opt for a lucky draw. The lucky draw will determine whether they will ride home the limited-edition bike. The delivery will commence soon after the draw results are revealed. Also See – 3 New Jawa Bikes Coming Within 18 Months

The Jawa 90th Anniversary Edition shares the red and ivory colours from the original Jawa 500 OHV, complemented by the pinstripe on the fuel tank. The engine block and exhaust have been finished in chrome. All the 90 anniversary edition motorcycles will also receive a commemorative badge on the fuel tank and individual serial number. Also See – Factory-Custom Jawa Perak – All Details

The Jawa Anniversary Edition will be powered by the same 293cc single-cylinder, air-cooled engine that also powers the regular Jawa. Paired to a 6-speed gearbox, this powertrain is capable of producing 26bhp of power and 28Nm of torque. For suspension mechanism, the bike gets telescopic front forks and dual shocks at the rear. The Jawa 90th Anniversary Edition gets dual disc brakes and dual-channel ABS (Anti-Lock Braking System).