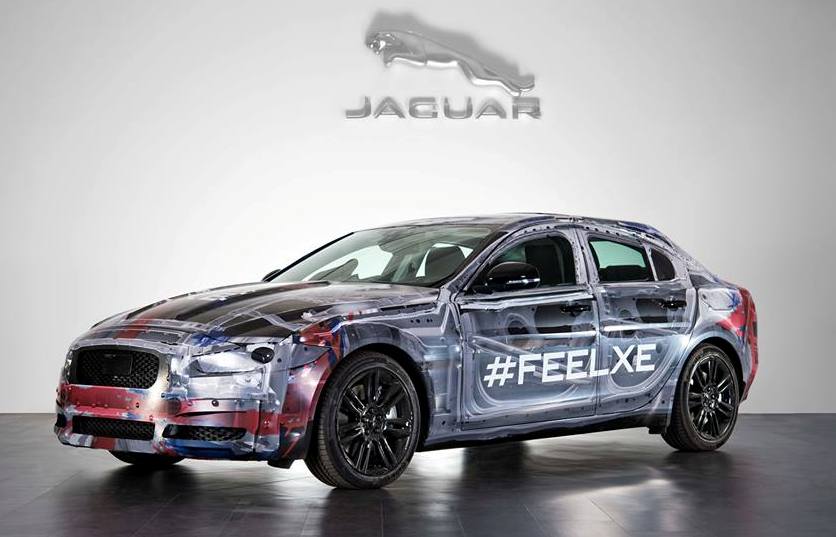 It was speculated that Jaguar will unveil the production version of Jaguar XE sports sedan at the 2014 Paris Motor Show. However, the British manufacturer has announced that the all-new XE sedan will be revealed on September 8 ahead of its public appearance at the Paris Motor Show in October. Mike Cross, Chief Engineer of Vehicle Integrity, said: “Jaguars have always been renowned for a balance of precise handling and a high-quality ride. The XE is the culmination of everything the company has learned over the years. The Integral Link rear suspension provides a combination of supple ride and crisp handling that is unmatched in this segment. We are on target to deliver a vehicle that dynamically outperforms our rivals.”

Jaguar also revealed some technical details of the sports sedan. The Jaguar XE will feature an aluminum double wishbone front suspension which is shared with the F-Type, while the rear sports an integral link setup. This suspension mechanism will provide sharp handling and excellent driveability.

The Jaguar XE will also get an electric power-assisted steering wheel with steering damping. It will also feature an ALL Surface Progress Control that increases the traction of the rear-wheel drive sedan on different surfaces and helps in providing high grip on roads.

Based on the lightweight iQ[AI] platform, which will also underpins the future Jaguars including C-X17 crossover, the XE sedan will share its design elements with the larger XF and the XJ saloon. The new sedan will be powered by a series of new petrol and diesel engines also known as Ignenium engines.