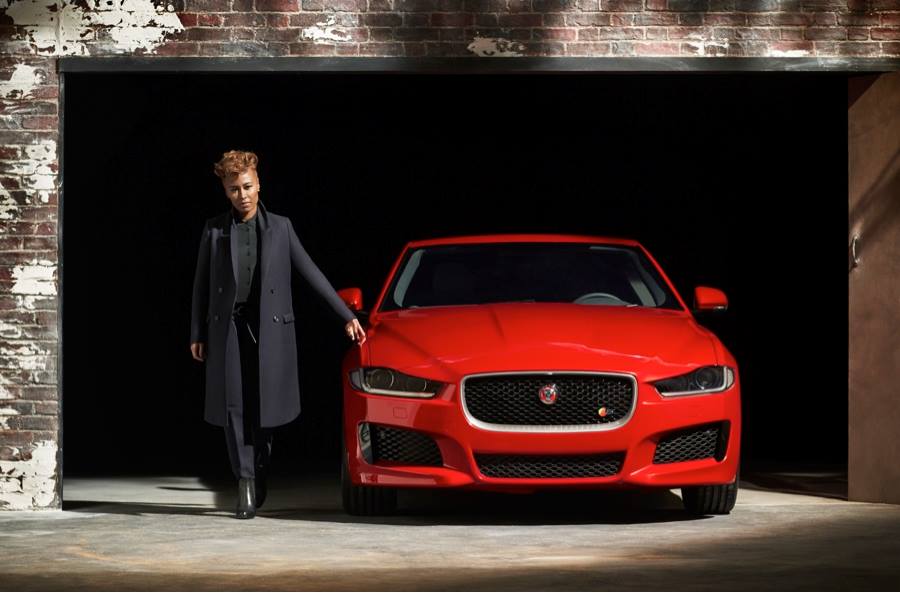 Luxury car manufacturer Jaguar has silently revealed the sporty Jaguar XE S variant in the latest teaser image. The Jaguar XE sports sedan will make its global debut on September 8 and will go on sale by early next year. This sports variant of Jaguar XE features the ‘S’ badge embossed in the lower left-hand corner of the XE saloon grille is visible. It is also equipped with a large lower air-intakes and vertical black louvers on their outer edges.

In a press release, Jaguar hasn’t revealed about the XE S; however, the ‘S’ badge and more prominent air inlets gives us the clear idea about the sports variant of this saloon. As of now, Jaguar’s focus is  on its ‘Feel XE’ marketing campaign which will be a platform created to harness the spirit of British creativity and innovation using an inspiring collection of figures from the worlds of music, film and design including Emeli Sande, Stella McCartney and Idris Elba.

Jaguar has already announced that the Jaguar XE sedan will get the supercharged 3.0-litre V6 engine from the F-Type sports car. The XE S sports variant is most likely to be powered by this engine. The engine is capable of producing two states of tunes- 335bhp of power and 450Nm of top torque and 375bhp and 460Nm of torque.

Recently, Jaguar revealed some technical details and fuel efficiency of the saloon. The company claims that the India-bound Jaguar XE would return an impressive mileage of about 25kmpl (75mpg). It is constructed on aluminium platform, which makes it lighter and fuel efficient.