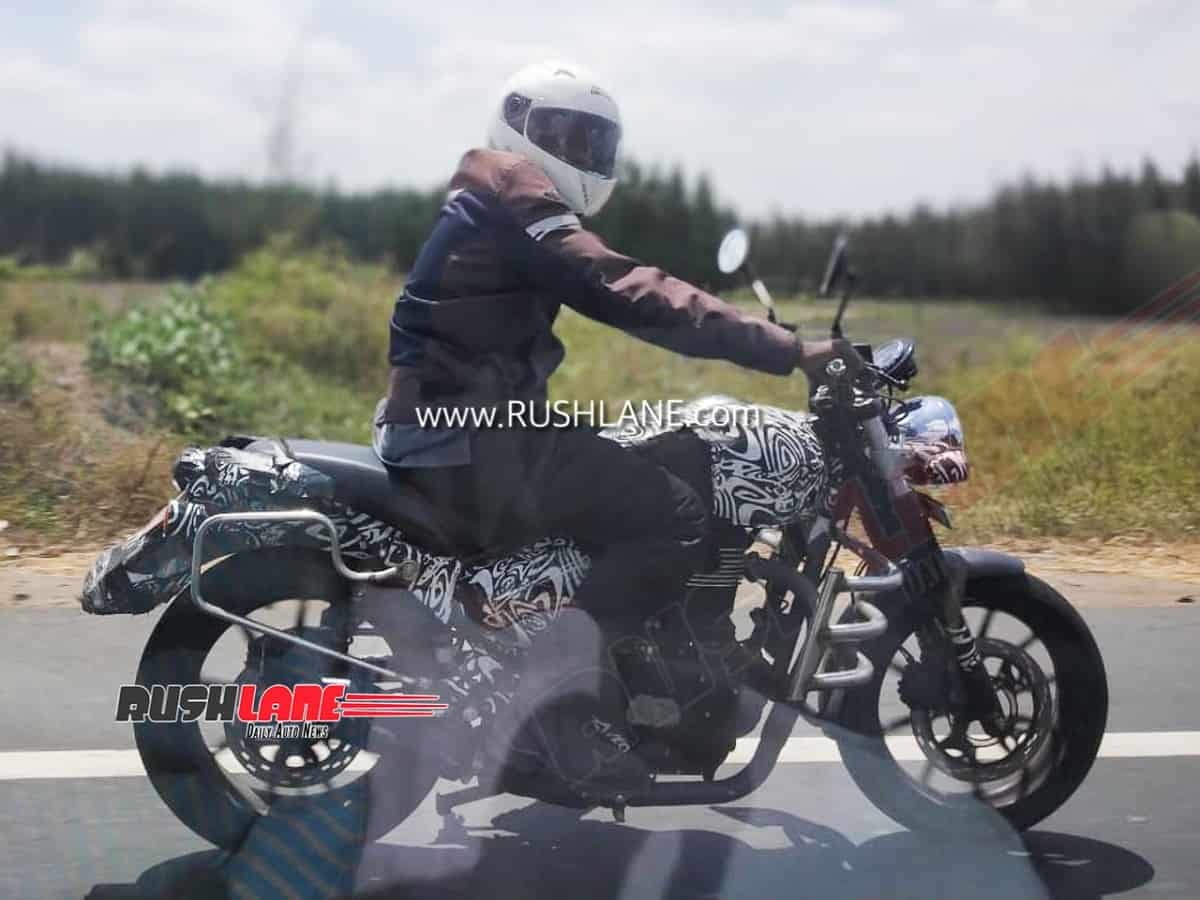 In December 2019, Royal Enfield had trademarked ‘Sherpa’ and ‘Hunter’ names for its upcoming motorcycles. The new nameplates are likely to be used for the company upcoming entry-level motorcycles. It would be quite early to comment on design and details of the bikes. Though, the reports suggest that new RE bikes will be based on the new J1C platform and might carry scrambler like design bits.

Recently, a heavily camouflaged prototype of the new Royal Enfield bike has been spotted testing on the Chennai-Trichy highway. The model (which is likely to be Royal Enfield Hunter) features a round headlamp, a large fuel tank and steel protection guards at the front end.  You can also notice a single-pod instrument console that’s likely to be semi-digital. If reports are to be believed, the RE Hunter could be one of the new RE bikes to get Bluetooth connectivity.

The bike runs on 5-spoke alloy wheels with fatter tyres and has a short and thick exhaust pipe. At the rear, it carries LED taillamp and halogen turn signals. Compared to the RE Interceptor 650, the Royal Enfield Hunter will offer more upright riding position. Official specifications of the upcoming Royal Enfield bike are still under the wraps. Though, it’s likely to come with 350cc, air-cooled OHC (Over Head Cam) engine. For performing suspension duties, the motorcycle might have conventional units.

The Chennai-based bikemaker recently resumed operation at its manufacturing facilities in Oragadam, Tiruvottiyur and Vallam Vadagal. The company will soon announce prices of the Royal Enfield Meteor 350cc motorcycle, which is essentially the new-generation model of the Thunderbird.

Powering the bike will be a BS6-compliant engine with new SOHC system and fuel injection technology. The new motor is likely to be more powerful than the existing 19.8bhp, 346cc engine. Designed on a new double cradle chassis, the RE Meteor features round headlamp with chrome bezel, teardrop fuel tank, circular taillamps, stepped seat and circular instrument console.