We informed you earlier that Suzuki will launch the Intruder 150 cruiser motorcycle in the country on November 7. In fact brochure scans of the bike have already been leaked on the web-world. Yesterday, the motorcycle was spotted testing revealing the rear profile. Now, the new motorcycle has been caught in public again and this time reveals the side profile and instrument cluster. The cruiser motorcycle looks like a baby Intruder M1800, sharing design cues from the later. Also Read – Suzuki Intruder 150 Price & Other Details 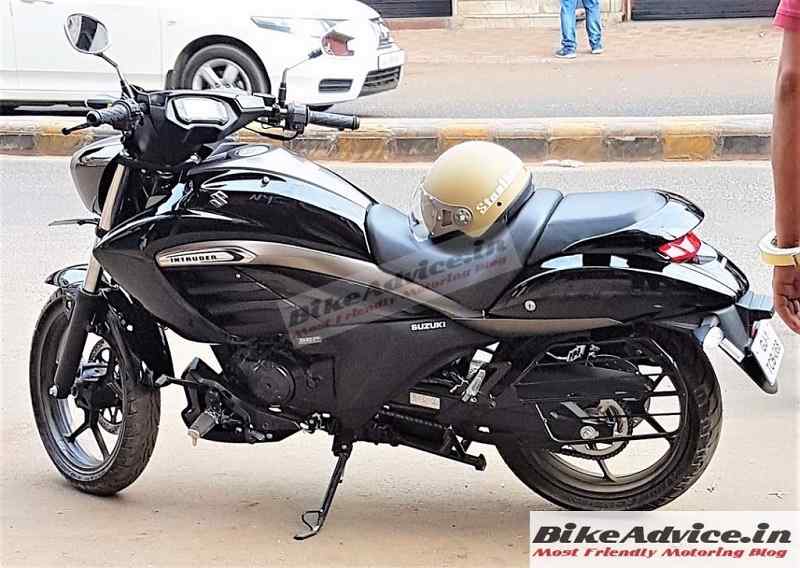 The Suzuki Intruder 150 was snapped in Ahmedabad. Interestingly, the rider was seen wearing Intruder jackets, suggesting that Suzuki may launch dedicated apparel and riding group as well. Featuring flowing design, the motorcycle gets inverted triangular headlight that seamlessly merges with the fuel extensions. The headlight and taillight is an LED unit. The spotted model was draped in a dual-tone shade and features large extensions that flanks the fuel tank. The ‘Intruder’ badging is offered on the sides of the fuel tank, and there is an aggressive line that flows all the way to the pillion seat on the sides. It also gets an engine cowl at the bottom. Also Read – Suzuki Intruder 150 Vs Bajaj Avenger 150 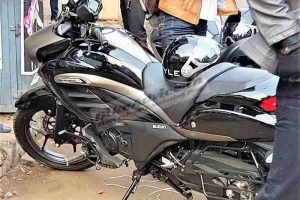 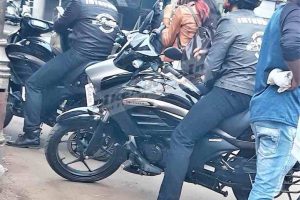 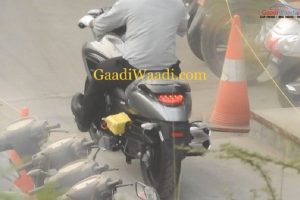 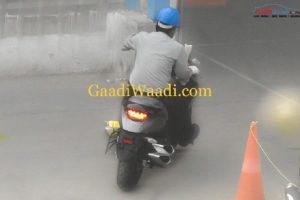 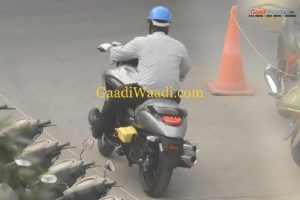 The motorcycle gets bucket-style seat and features a laid-back riding position along with forwarding set footpegs. The digital instrument cluster seems borrowed from the Gixxer. The handlebar cowl comes equipped with indicators and the key holders. At the back, the motorcycle gets a keyhole that could be a tool compartment. The tail section is curvy, while the oval shaped clear lens indicators give it a retro-modern feel. It also comes equipped with twin exhaust system with chrome and caps. The motorcycle shares its engine specs from the Gixxer siblings, which is a 154.9cc single-cylinder air-cooled SOHC engine. It churns out 14.5bhp of power at 8000rpm and 14Nm of torque at 6,000rpm. However, the company has tuned the engine, which makes torque availability as early as 4,000rpm. Power is transmitted to the rear wheel via a 5-speed gearbox.

This motorcycle will rival the Bajaj Avenger 150. Though, it will be priced slightly on higher side. We expect the new motorcycle could be priced around Rs 90,000, which makes it closer to Avenger 220.