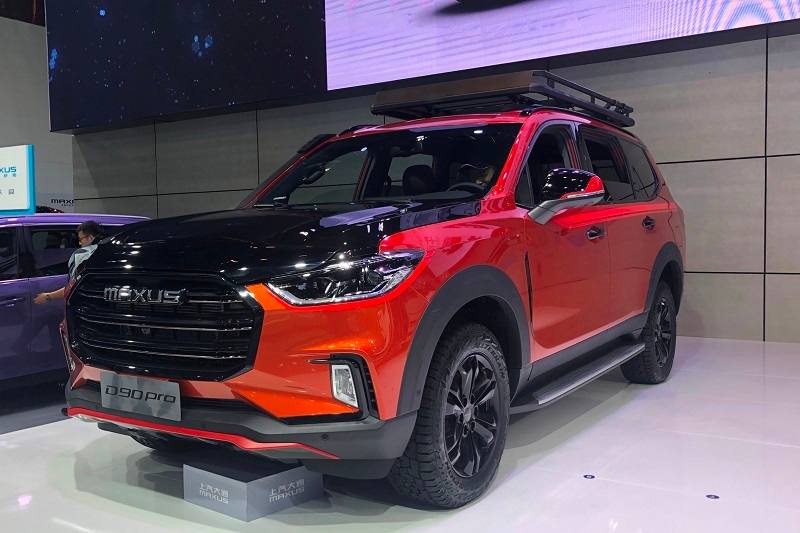 We have reported earlier that Morris Garages (MG) is planning to bring in the MG Maxus D90 7-seater SUV in the Indian market. Globally, the D90 is being sold with a single 224bhp, 2.0L turbocharged petrol engine that can be had either with a 6-speed manual gearbox or a 6-speed automatic transmission.

Recently, the carmaker showcased the MG Maxus D90 with a 2.0L diesel engine at the 2019 Guangzhou Auto Show in China. The new oil burner, with AWD (all-wheel-drive) system, delivers a power close to 161PS.

In India, the MG Maxus D90 is likely to be offered with both petrol and diesel engine options. The diesel version might source 2.0L powertrain from the Hector SUV.

It will come with 7 driving modes – Economy, Snow, Mud, Motion, Rock, Sandy and Automatic. Official specifications of the India-bound model are yet to be revealed. Read – Upcoming MG Hector Rivals In India

In the fully-fledged SUV space, the MG Maxus D90 will put up against the Toyota Fortuner, Ford Endeavour, Skoda Kodiaq and Mahindra Alturas G4.