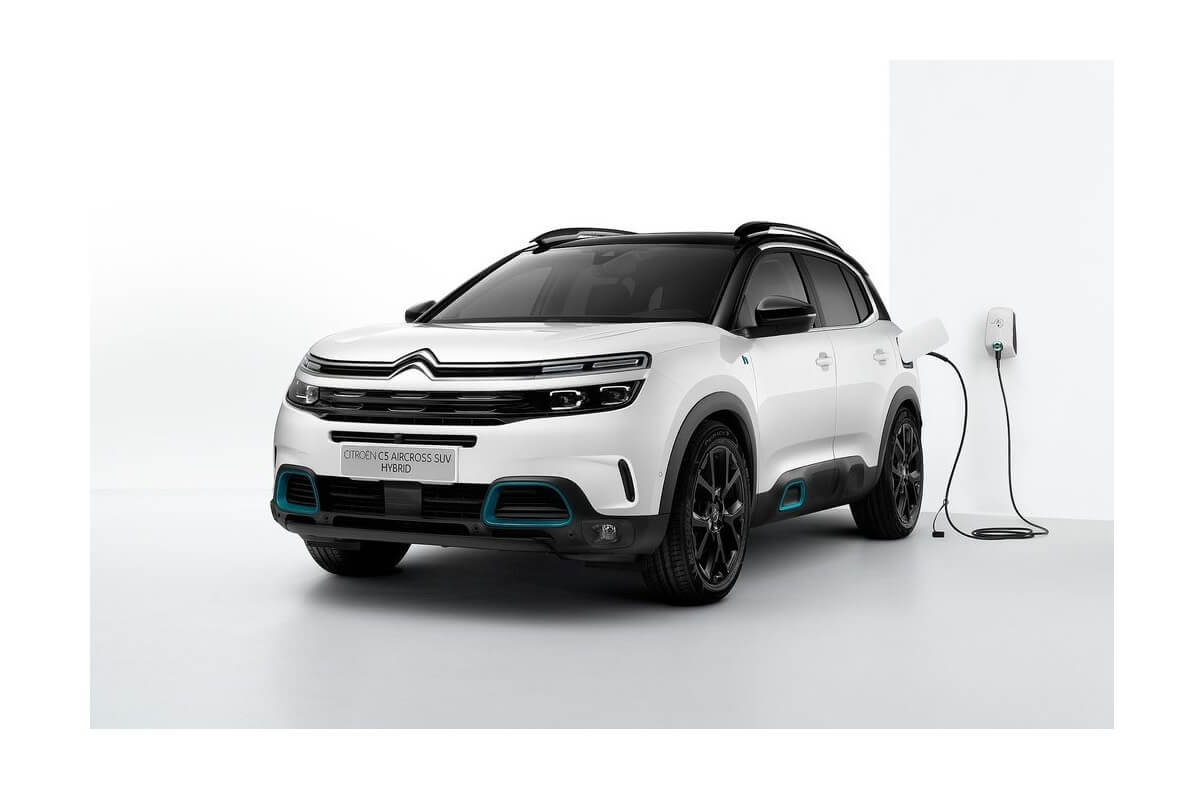 Citroen has launched the new Aircross SUV hybrid version in the European market. First unveiled as a concept at last year’s Paris Motor Show, the new Citron C5 Aircross Hybrid is in line with Citroën’s strategy of proposing models adapted to different uses within the core market.

The new C5 Aircross Hybrid comes with an electric-only range of up to 50kms. The battery can be charged in 2 hours using a 7kW wallbox and the car’s standard 7.4kW charger. The SUV’s front axle is fitted with a 107bhp electric motor, which is combined with a Puretech 178bhp, 1.6-litre petrol engine. The combined power and torque stands at 222bhp and 320Nm of torque.

This is the same powertrain that was unveiled in the Paris concept. This engine set-up also powers the DS 7 Crossback E-Tense, as well as hybrid variants of Peugeot 3008, 508 and 508 SW. The engine is paired to an 8-speed automatic gearbox, which is optimised to suit the hybrid configuration. It also has a regenerative brake feature that amplifies deceleration of the vehicle without pressing the brake pedal, to increase range in 100% electric mode. This system allows recovery of the energy available during braking and deceleration phases, unlike ICE versions, thus increasing autonomy in electric mode.

The hybrid model comes with a new blue colour option for the exterior, joining the silver, white and red. Inside the cabin, the SUV gets a 12.3-inch digital instrument console and an 8.0-inch touchscreen infotainment system with smartphone connectivity. The SUV comes with 3 different driving modes – 100% electric, Intermediate Hybrid and the performance-targeted Sport.

The Citroen C5 Aircross SUV will be launched in the Indian market in the second half of 2020. The India-spec model will be offered with 1.2-litre turbocharged petrol and 2.0-litre diesel engines. It is quite early to comment on the launch of the hybrid version of the C5 Aircross in India.