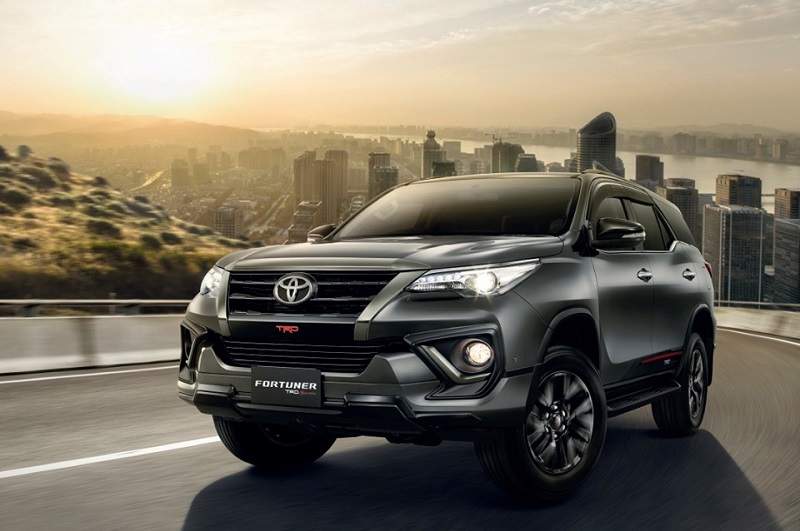 Toyota has unveiled the updated Fortuner TRD Sportivo at the 2019 GIIAS in Indonesia. The Japanese brand will also launch the SPORTIVO in India in November 2019. However, the vehicle is already on sale in select international markets including Indonesia.

The Indonesian-spec Fortuner TRD is available in 6 exterior paint schemes – Super White, Silver Metallic, Dark Gray Mica Metallic, Attitude Black, Phantom Brown Metallic and Avant-grade Bronze Metallic. In terms of dimensions, the SUV is 4,795mm long, 1,855mm wide and 1,835mm tall and has a wheelbase of 2,745mm. The SUV is available in 2 engine options – a 2.7-litre 4-cylinder petrol and a 2.4-litre diesel. While the former is good for 160bhp and 242Nm of torque, the oil burner produces 147bhp of power and 400Nm of torque. Transmission options include a 6-speed manual and a 6-speed torque convertor automatic. The diesel variant also gets a 4WD system as optional.

Toyota has recently showcased the India-specific Fortuner TRD Sportivo to dealers. Besides this, the company has also showcased the Vellfire premium MPV to its dealer partners. Both these models are expected to be launched in our market in November 2019. The India-spec Toyota Fortuner TRD Sportivo is expected to be powered by a 2.8-litre diesel engine that is capable of producing 174bhp of power and 450Nm of torque. Both rear-wheel and 4-wheel-drive versions are on offer. Transmission options include a 6-speed manual and a 6-speed torque convertor automatic. The SUV is likely to be offered in automatic as well 4WD version.