To be slotted above the Santa Fe, the upcoming Hyundai Palisade 8-seater flagship SUV will be launched in 2019

Korean automaker, Hyundai is currently testing all-new 8-seater big SUV on foreign soil. This SUV is rumored to be called Hyundai Palisade. It will be slotted above the Santa Fe in the company’s global line-up. The SUV is slated to be launched in late 2019, and could also make its way to Indian market as flagship SUV.

Here is a latest rendering which shows the possible design of the Palisade. The rendering is based on the spy images available on the internet and the HDC-2 design study, which is a concept car showcased earlier this year. The Palisade’s rendering features HDC-2’s diamond-shaped face, the thin headlights and the rear window pillar. The rear window pillar is inspired by the Mercedes GLE that helps create a “wraparound” rear window. You May Also Like – New Hyundai Santro Launch & Other Details 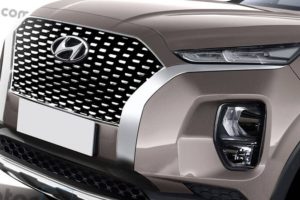 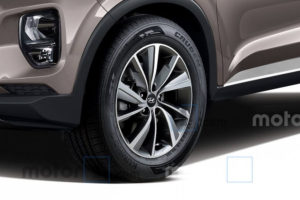 The new fog light position is inspired by the smaller Santa Fe, which is currently on sale in the European markets. It is expected that the Palisade 8-seater SUV will share platform from the Kia Telluride. Both these models are expected to sit on the same platform, featuring same mechanics along with front and all-wheel drive layout. The SUV is likely to feature a de-tuned version of the 3.3-litre V6 gasoline engine that also powers the Kia Stinger. An eight-speed automatic gearbox driving the power to the wheels could come as standard. Also See – Hyundai Styx compact SUV | Hyundai Kona