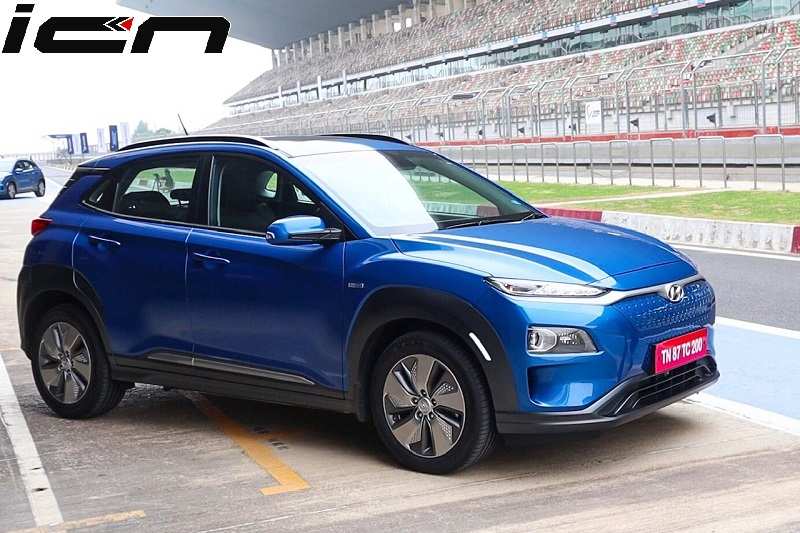 It’s only been a month, the Hyundai Kona electric SUV arrived in the Indian market. The first electric vehicle from the South Korean carmaker was launched at an introductory price of Rs 25.30 (ex-showroom). Now, the carmaker has announced that its price has been reduced by 1.59 lakh. That means, the electric SUV is now available at Rs 23.71 lakh and its dual-tone variant costs Rs 23.91 lakh (all, ex-showroom).

The Hyundai Kona has been benefited by the government’s decision of reducing GST on electric vehicles from 12% to 5%, enforced from 1st August 2019. The carmaker has also confirmed that the Kona buyers who have already booked the electric SUV will also receive their deliveries at the lowered prices. The Kona has bagged over 130 bookings so far. Currently, Hyundai is retailing the vehicle from 15 dealerships across 11 cities.

In India, the Hyundai Kona is made available with a 39.2kWh lithium-ion battery pack offering an ARAI-certified range of 452km. It delivers power worth 136bhp against 395Nm and accelerates 0-100kmph in 9.7 seconds. The Kona’s battery can be charged up to 80% in 57 minutes via a 50kW DC fast charger and 100% in 6 hours 10 minutes via a wall-box charger. Read – New Hyundai Grand i10 Launch Date Revealed

The electric SUV is available in four colour options – Phantom Black, Marina Blue, Polar White and Typhoon Silver along with Polar White with Phantom Black roof. The Kona comes with a standard 3-year/unlimited warranty and it gets an 8-year/1.6km warranty for the battery.