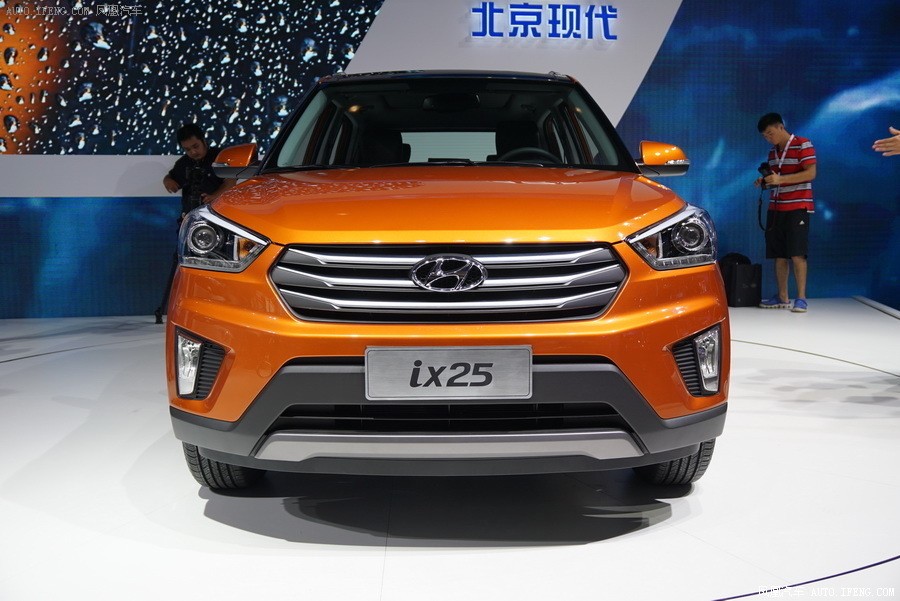 Update: Hyundai ix25 to be launched in August/September 2015. Here are the launch details. The Hyundai ix25 features the company’s modern design fluidic design philosophy, which is also seen on Elite i20 and Santa Fe. At the front, the vehicle gets triple-slat chrome grille in hexagonal shape that accommodates the Hyundai badge at the centre. The chrome grille is complemented by projector headlamps with LED DRLs and silver inserts. Its air intake is split in three parts- the centre one is wide while the other two are positioned at the corners, flanked by LED fog lamps. This compact SUV is 4270mm long, 1780mm wide and 1622mm high, and it has a large wheelbase of 2590mm. The side profile gets electrically adjustable ORVMs with integrated turn indicators, and 17-inch diamond cut alloy wheels. The Chinese model is offered with two petrol engine options- 2.0L and 1.6L. The 2.0-litre motor is capable of producing 160bhp of top power while the 1.6-litre motor develops 125bhp. Both engines will be paired to either six-speed manual or automatic gearbox. Moreover, there are four-wheel drive system will also be on offer. The potential Ford EcoSport and Renault Duster competitor, the ix25 will also make its way to the Indian market by mid-2015. It has already put on testing phase in India, and recently the vehicle has been caught while testing on Indian roads.