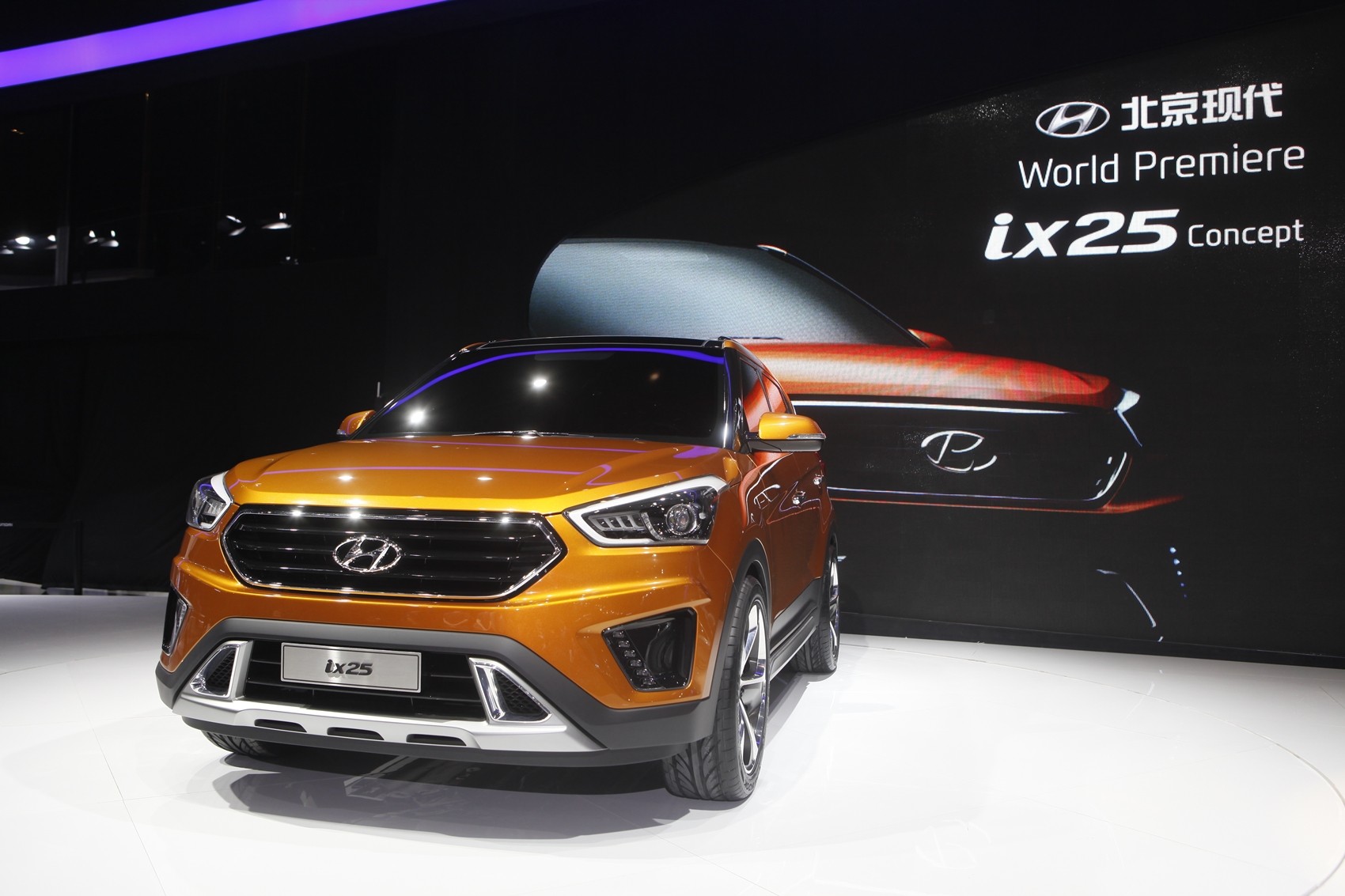 We reported earlier that Hyundai will launch the ix25 compact SUV in the Indian car market next year. Now, the vehicle has been spotted for the first time on Indian roads. This test mule further strengthens the saying about ix25 for the Indian car market.  First unveiled at the 2014 Beijing Motor Show as pre-production concept, the compact SUV will go on sale in the Chinese market on October 9, 2014. This heavily camouflaged ix25 SUV was caught standing near to its two competitors- Renault Duster and Ford EcoSport. Interestingly, the Hyundai ix25 compact SUV is not a sub-4 metre car while its closest competitor Ford EcoSport measures less than 4 meters in length. However, the Renault Duster is the longest among all measuring 4.315 meters. The ix25 is 4.315 metres in length, 1.78m in width and 1.63m in height, and it has a large wheelbase of 2.59m. Moreover, this crossover will share its component levels with other Hyundai’s in India to price competitive in the market.

The Chinese spec model will be offered with a 4-cylinder 1.6-litre and 2.0-litre petrol engines. There will be an option of 6-speed manual and automatic transmission gearboxes. The Indian-spec model is likely to share its engine lineup with the Verna sedan. It is propelled by a 1.6-litre/1.4-litre petrol and 1.6-litre/1.4-litre diesel engine guise. A 4WD version of the crossover will also go on sale in the Indian car market.