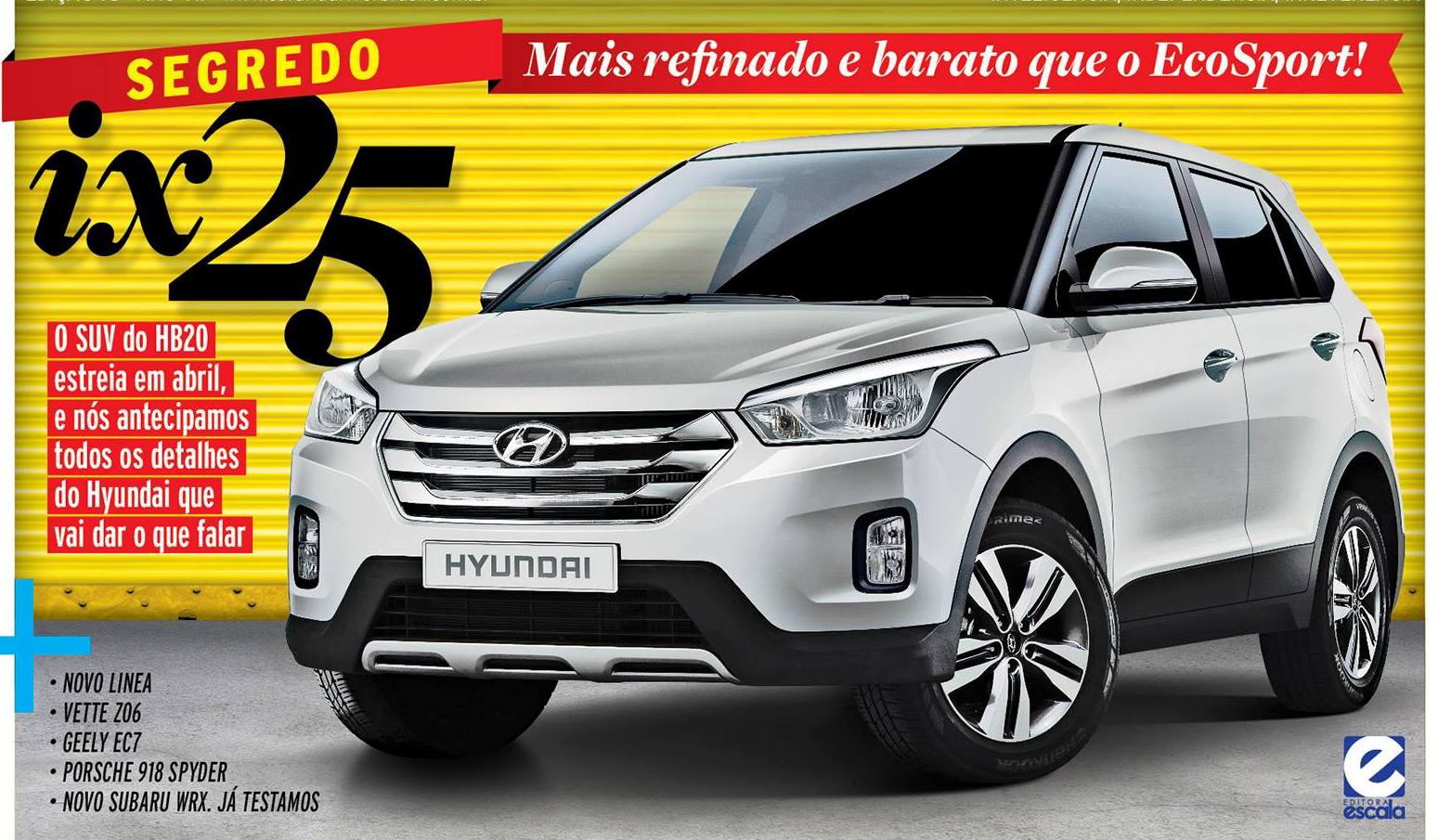 Hyundai ix25 compact SUV share most of its styling cues with the current generation ix35. The SUV features wrap around headlight cluster, while its large bumper features aggressive lower front air-intakes and a set of fog lamps. It has large skid plates and roof rails which offers a rugged SUV stance. The ix25 SUV get Hyundai’s new design language and sports hexagonal shaped chrome grille.

The Hyundai ix25 compact SUV will be a global product to be developed in China and is likely to go on sale by the end of this year. It is based on the new generation i20 hatchback platform and will be offered in both petrol and diesel guise. The diesel version of the SUV will get 1.4L and 1.6L turbocharged engines, while the petrol models are likely to sport 1.2-litre and a 1.4-litre petrol engines.

The ix25 compact SUV will not be a sub-4 metre SUV and is likely to be priced similar to the Renault Duster that is around Rs. 7 to 10 lakh. The compact SUV is expected to get projector headlamps, LED DRLs, rear AC vents, all disc brakes and an all wheel drive system and others.