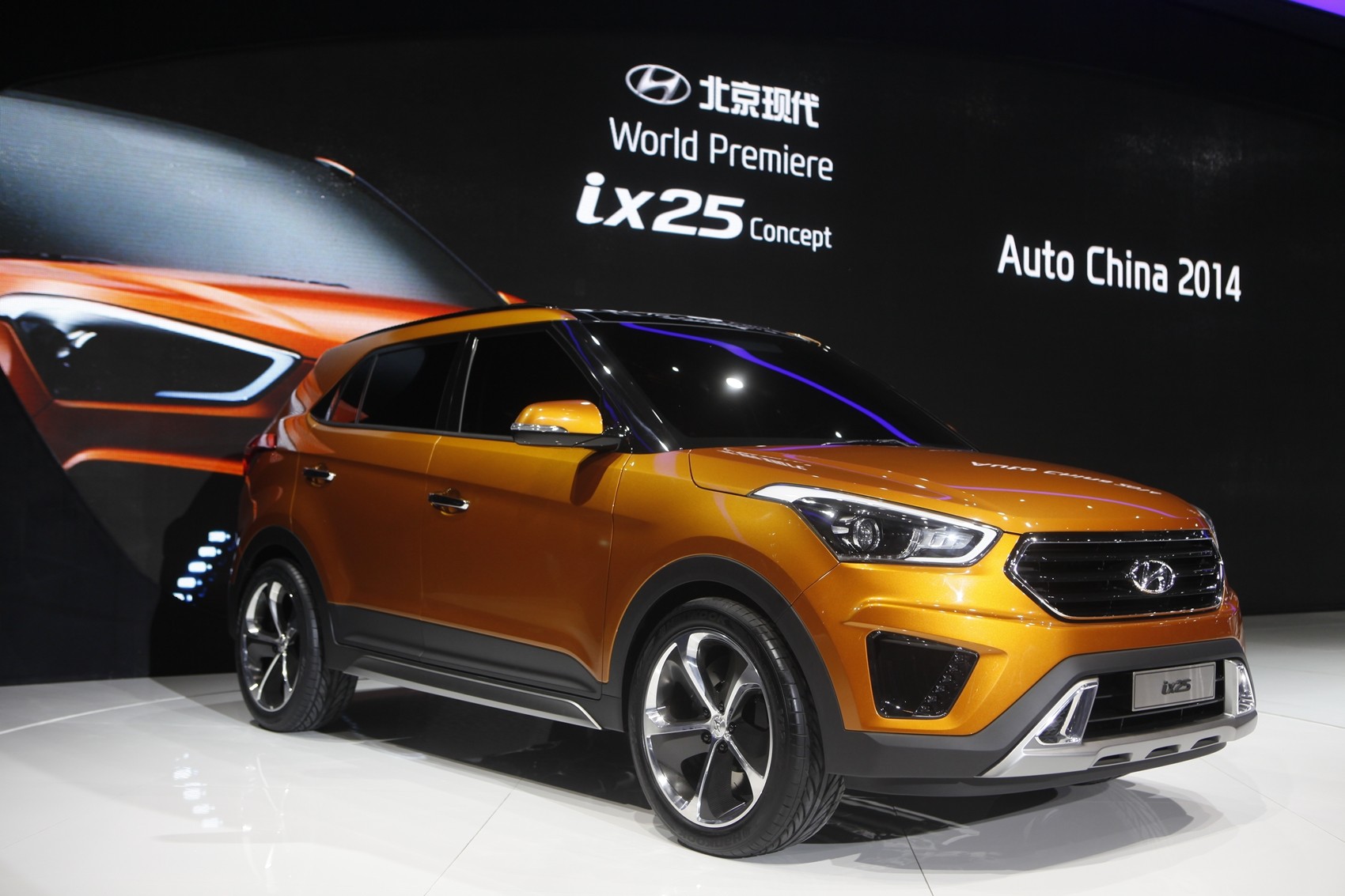 We reported earlier that Hyundai will unveil the production version of the ix25 compact SUV in September. Now, reports are coming that the vehicle will go on sale in the Chinese market from October 9, this year. This model is also expected to come India next year; however, Hyundai is yet to announce the same. [Hyundai ix25 interior]

Hyundai ix25 made its world debut at the 2014 Beijing Motor Show which looks near production version of the mini SUV. The vehicle has been spotted several times during its test rounds and it will also go on sale in the European nations. The Hyundai ix25 mini SUV is 4,270mm long, 1,780mm wide and 1,630mm high, and it has a large wheelbase of 2,590mm.

The Hyundai ix25 mini SUV is likely to get the 1.6-litre and 1.4-litre naturally aspirated engines, which will be paired to a six-speed manual and automatic transmission. The ix25 SUV will take on the likes of Renault Duster and Nissan Terrano in the Indian market.