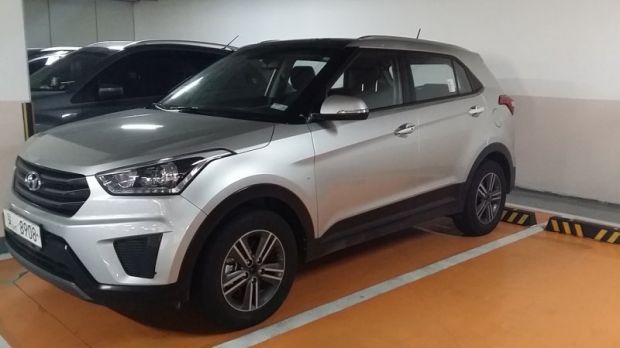 South Korean automaker Hyundai will launch the much-awaited ix25 compact SUV in the Chinese market on October 9. This crossover will make its way to the Indian market as well. Set to rival Renault Duster and Ford EcoSport, the ix25 compact SUV has recently been spotted testing on the Indian roads. If media reports are to be believed, the company will launch the compact crossover in the country by mid-2015.

It was speculated that Hyundai will introduce a sub-compact SUV based on the Grand i10 platform; however, the company opts for a more spacious SUV for the market. It is not a sub-4 metre car and it sits rightly between the EcoSport and the Duster SUV. The ix25 measures 4.315 metres in length, 1.78m in width and 1.63m in height, and it has a large wheelbase of 2.59m. To price it competitive in the market, the company will fit components sourced from other Hyundai’s.

The Hyundai ix25 will be offered in both petrol and diesel fuel options, and is likely to share its engine lineup with the Verna sedan. The petrol version is expected to get 1.6-litre motor while the diesel engine is likely to be the 1.6-litre CRDi unit. A 4WD version of the crossover might also make its way to the Indian market.