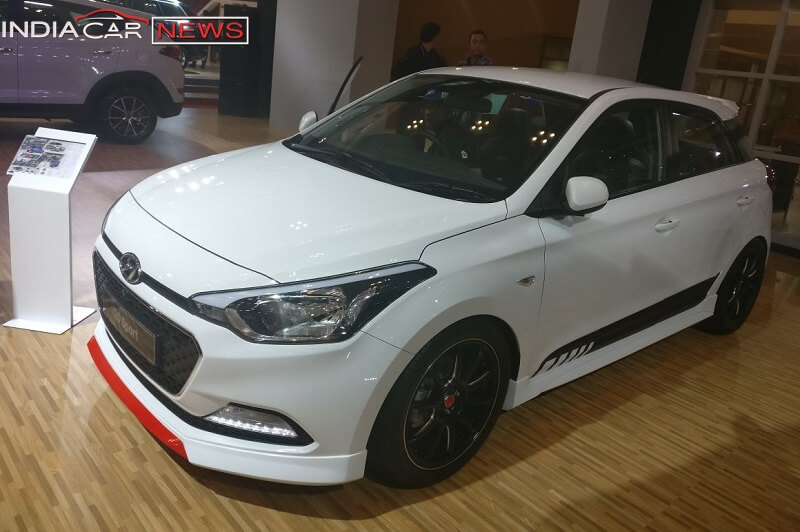 Last year, Hyundai had launched the India-made Hyundai i20 in the Indonesian market. Now, the company has showcased a sportier version of the i20 at the on-going 2017 Gaikindo Indonesia International Auto Show. It is basically the accessorised version of the regular model. These accessories on the Hyundai i20 Sport version are likely to be offered as optional from the dealership. Also Read – 2018 Hyundai Elite i20 Testing Begins 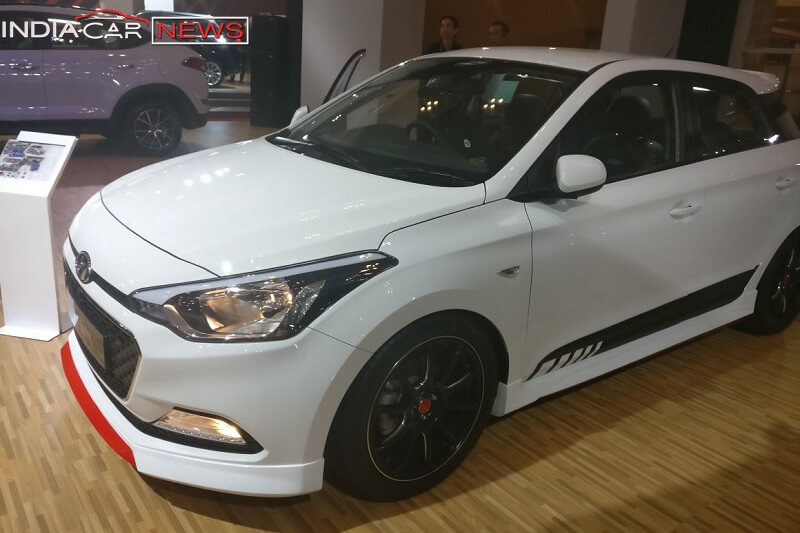 The Hyundai i20 Sport variant is finished in Polar White shade. Talking about features, the hatchback gets a silver faux diffuser, larger roof spoiler and daytime running lights across the fog lamps. The mildly flared wheel arches have been fitted to large multi-spoke 16-inch alloy wheels. In order to give a sportier feel, Hyundai has added some aggressive elements like red bumper garnish, side skirts and a black vinyl finish on the doors. The cabin is finished in all-black scheme. 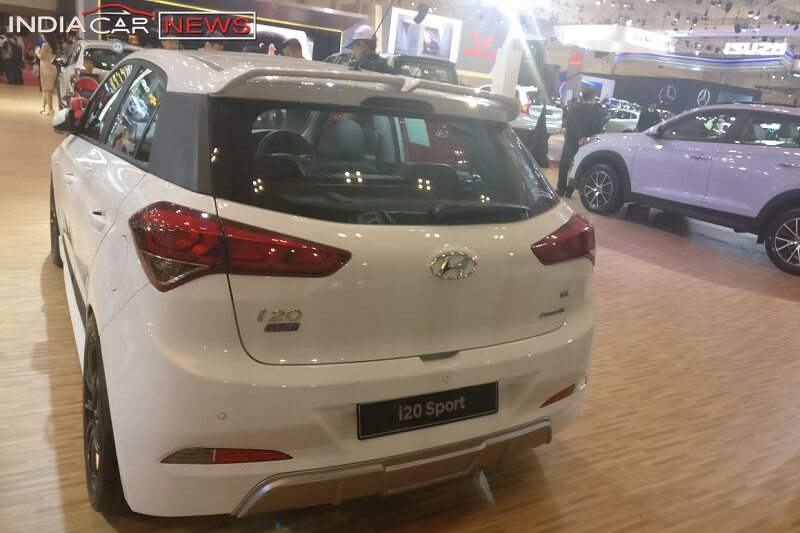 Powering the Hyundai i20 Sport is a 1.4-litre Gamma VTVT four-cylinder petrol engine that also powers the top-end India-spec i20. This engine churns out a maximum power output of 99bhp and a peak torque of 130Nm. A five-speed manual gearbox driving the power to the front wheels come as standard, while a four-speed automatic unit is offered as optional. In Indonesia, the i20 is priced in the range of 249.5 million rupiah and 263.5 million rupiah for the petrol MT and petrol AT variants, respectively.