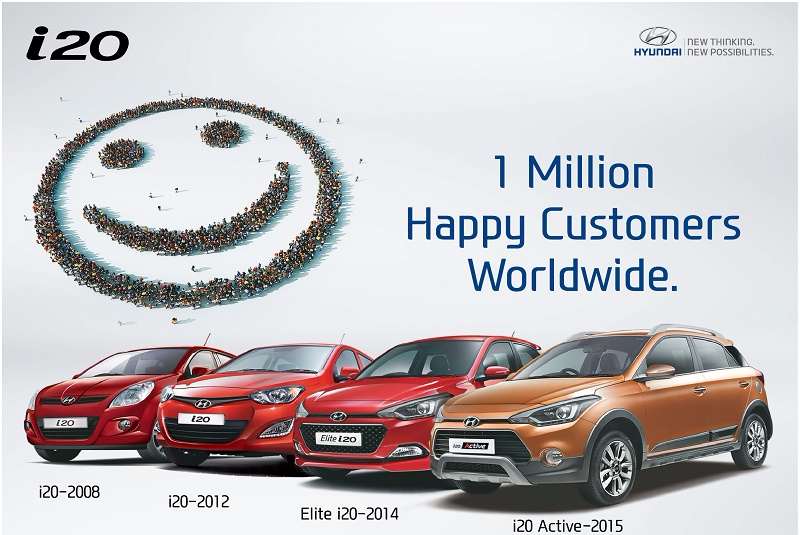 The country’s second largest carmaker Hyundai Motor India Ltd (HMIL), today, announced that it has sold over 1 million units of the i20 in global sales. “Made in India and Made for the world”, the i20 has been on sale in the country since 2008 and the company has been exporting it to several markets from here.

Commenting on the achievement, Mr. Y.K. Koo – MD & CEO, Hyundai Motor India Ltd (HMIL), said, “Reaching this historic mark is a testament to Hyundai i20’s staying power and the global appeal of a vehicle that delivers sporty design, functionality and class-leading performance. We are extremely delighted that i20 models have achieved this milestone of 1 million global sales and met the aspirations of Indian and Global customers.”

The i20 was first launched in the December 2008, and it received the new-generation model – the Elite i20- in August 2014. Six months after the launch of the Elite i20, the company rolled out the crossover version based on the hatchback – i20 Active. While the company had sold over 7.57 lakh units of the first-gen model, over 2.60 lakh units of the new-gen model have been sold so far.