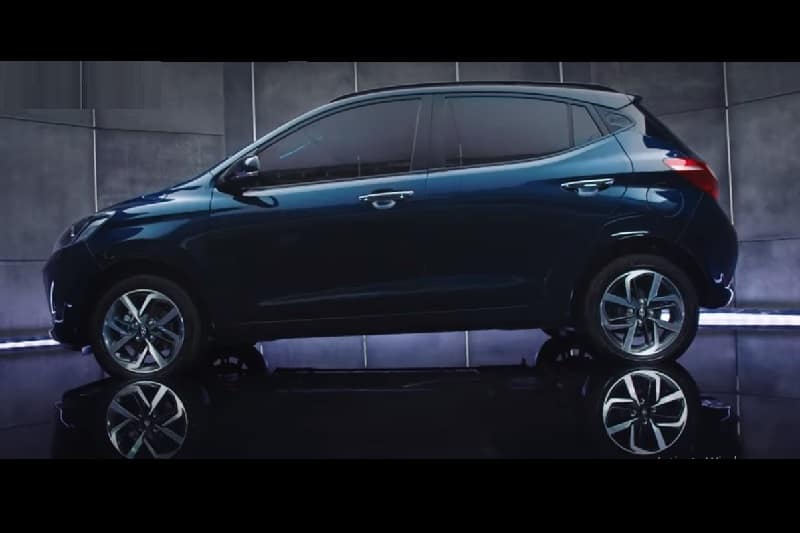 The all-new Hyundai Grand i10 Nios hatchback was recently revealed in official pictures ahead of its launch on 20th August, 2019. Bookings have also been commenced at an initial sum of Rs 11,000. The carmaker has confirmed that the Grand i10 Nios will come in a total of 10 variants ( 7 petrol and 3 diesel) and 6 colour schemes. There will be 5 manual and 2 AMT (Magna and Sportz) petrol variants. For the first time, the hatchback will come with diesel-AMT combination offered exclusively on the Sportz trim.

Engine setup of the Hyundai Grand i10 Nios will include a 1.2L Kappa petrol and 1.2L CRDi diesel. The gasoline unit delivers power worth 81bhp with 114Nm of torque and the oil burner produces 74bhp and 190Nm. Both powertains meet the upcoming BS6 emission norms. Transmission choices will include a 5-speed manual and an AMT unit. Read – 2020 Hyundai i10 Nios will co-exist with current Grand i10

While the Grand i10 Nios petrol MT will deliver fuel economy of 20.7kmpl, the petrol AMT variant will promise 20.5kmpl. The diesel model, with manual and AMT gearbox, will return mileage of 26.2kmpl and 28.4kmpl respectively. Read – What Makes 2020 Hyundai Creta Better Than The Old One?

Based on Santro’s platform, the Hyundai Grand i10 Nios will be bigger and more spacious than its predecessor. The hatchback will get a new touchscreen infotainment system supporting Apple CarPlay, Android Auto and MirrorLink. Similar to the Venue, the Grand i10 Nios will come with Hyundai’s BlueLink connectivity technology. It will also receive significant cosmetic and feature upgrades.