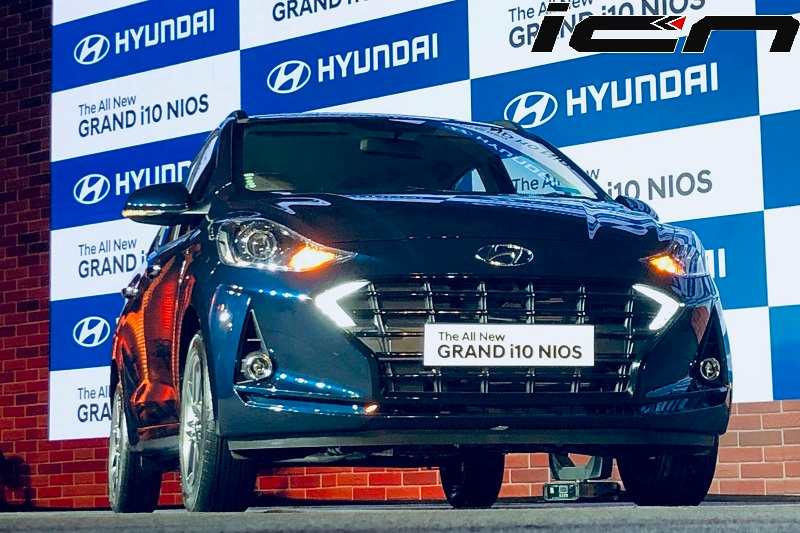 Hyundai Grand i10 Nios, the third-generation model of the hatchback, recently introduced in the Indian market. The new model has been made available with the BS6-ready 1.2L, 4-cylinder petrol and BS4-compliant 1.2L, 3-cylinder diesel engine powertrain options.

The gasoline motor makes 83bhp with 114Nm and the oil burner produces 75bhp with 190Nm. Transmission choices include a 5-speed manual and an AMT. Read – Hyundai Grand i10 Nios CNG Variant Coming Soon

According to a media report, the Hyundai Grand i10 Nios will receive a 1.0L turbocharged petrol engine by the end of this year. The turbo petrol variant of the hatchback (Euro-spec) might debut at the Frankfurt Motor Show that’s scheduled to happen in September, 2019.

It’s the same powertrain that powers the Hyundai Venue subcompact SUV. The turbocharged gasoline motor pushes out a peak power of 118bhp and 172Nm of torque.

Hyundai will also use the same turbo engine for the N Line variant of the hatchback that will go on sale in global markets by the end of 2019. Though, it could be tuned for generating a different power output. Read – Top 5 Upcoming Hyundai Venue Rivals

Talking about the pricing, the Hyundai Grand i10 Nios with turbo petrol powered variant will be priced around Rs 1 lakh more premium than the existing 1.2L petrol model. It could be based on the higher-spec models and is estimated to be priced between Rs 7.4 lakh to Rs 8 lakh (ex-showroom). The new turbo petrol variant of the Grand i10 Nios will take on the cars like Maruti Suzuki Baleno RS, Tata Tiago JTP and Volkswagen Polo GT TSI.