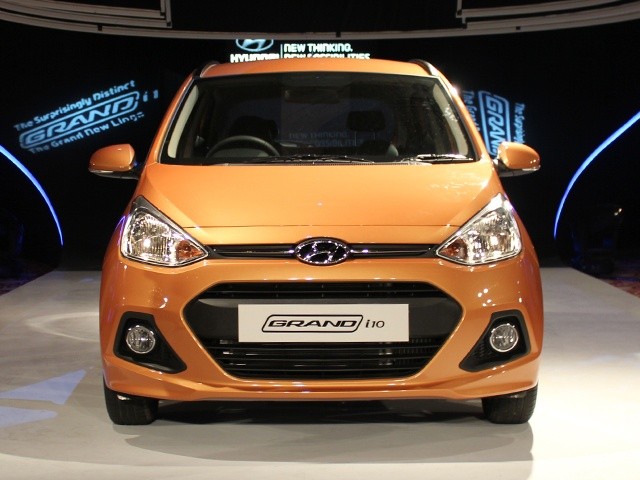 To be positioned below the Hyundai Creta Compact SUV, the Hyundai Grand i10 SUV is expected to be launched in India in 2018.

India’s second largest carmaker, Hyundai is planning to launch a series of new products in the Indian car market. The company will launch the new Hyundai Tucson and new Hyundai Verna sedan in the country in 2016 and 2017, respectively. We had informed you that the South Korean automaker is considering a sub-compact SUV for the Indian market. If reports are to be believed, the sub-4 metre SUV will go on sale in 2018. The report further suggests that Hyundai could use the Grand i10 hatchback’s BA platform for the SUV. The Hyundai Grand i10 SUV will rival against the likes of the Maruti Vitara Brezza, Mahindra TUV300, Ford EcoSport and the upcoming Tata Nexon.

Hyundai had showcased the Carlino Sub-Compact SUV concept at the 2016 Auto Expo. This concept was based on the Elite i20 platform, and is rumored to enter into production in 2018. However, this will make the SUV pricier and it won’t make any sense in the price sensitive compact SUV segment. A compact SUV based on Grand i10 hatchback makes more sense for the car manufacturers in India. Hyundai i20 measures 3995mm in length which is closer to 4 metre while the Grand i10 is 3765mm long, so it will be easier to make a sub-4 metre SUV on BA platform.

Hyundai Grand i10 SUV will share most if its components with its hatchback and compact sedan sibling, which would help the company to price it competitive in the market. The vehicle is expected to be offered in both petrol and diesel guise. While the gasoline version is likely to feature the 1.2-litre engine, the oil burner might get the 1.4-litre CRDi engine that also powers the i20 hatchback. It will compete against the likes of Ford EcoSport, Renault Duster and upcoming compact SUVs.

Speaking to C&B, Rakesh Srivastava, Senior Vice-President (Sales and Marketing, Hyundai Motor India) said, “The journey started with the Santa Fe as far as the current products are concerned then we added the Creta. We will be also launching the Tucson, which will be above Creta. And below the Creta – there is a space there – a wide space and we are equally looking forward towards having a very strong presence there.”

The South Korean automaker is working aggressively and is on a massive expansion spree. The company is aiming to provide the Indian consumers a wide range of cars at various price brackets. The South Korean automaker will be launching the Tucson, new Verna, Sonata and the updated versions of i20 and Grand i10 in the country in the next 2 years. Adding to it, Hyundai will also launch its affordable Kia brand in India in 2018.