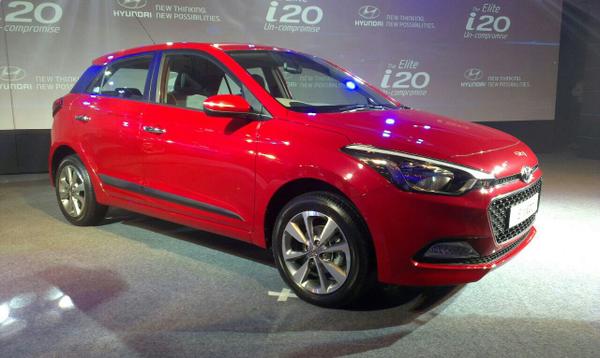 Hyundai India has recently launched the new generation Elite i20 in the country, which also mark the global debut of next-gen i20. The vehicle has received an overwhelming response from car buyers on the sales front, as recorded over 12,000 bookings for the hatchback within a span of 15 days. This hefty numbers could turn into a big waiting period.

This feature rich hatchback is offered in five trim levels- Era, Magna, Sportz, Sportz (Optional) and Asta in both petrol and diesel fuel options. The Hyundai Elite i20 is priced at Rs. 4.89 lakh for base petrol variant and Rs. 6.1 lakh for base diesel variant.  This premium hatchback is offered in two engine options- a 1.2-litre Dual VTVT Kappa Petrol and a 1.4-litre CRDi diesel. The petrol engine is capable of producing 83PS of power and 117Nm of torque, while the oil burner develops 90Ps and 224Nm of top torque. Its petrol engine is claimed to return a fuel economy of 18.60kmpl while the diesel model delivers an excellent mileage of 22.4kmpl.

The South Korean automaker is also planning to enter into the fastest growing compact SUV and MPV segments of the country in next couple of years. The first product to go will be the Hyundai ix25 compact SUV by mid-2015, followed by a compact MPV. The compact MPV is speculated to be based on the versatile Grand i10 platform. Moreover, the country’s largest exporter is looking to set up a second factory in India as the company is aiming to put in heavy investments to fulfill the plans of launching new cars every year.