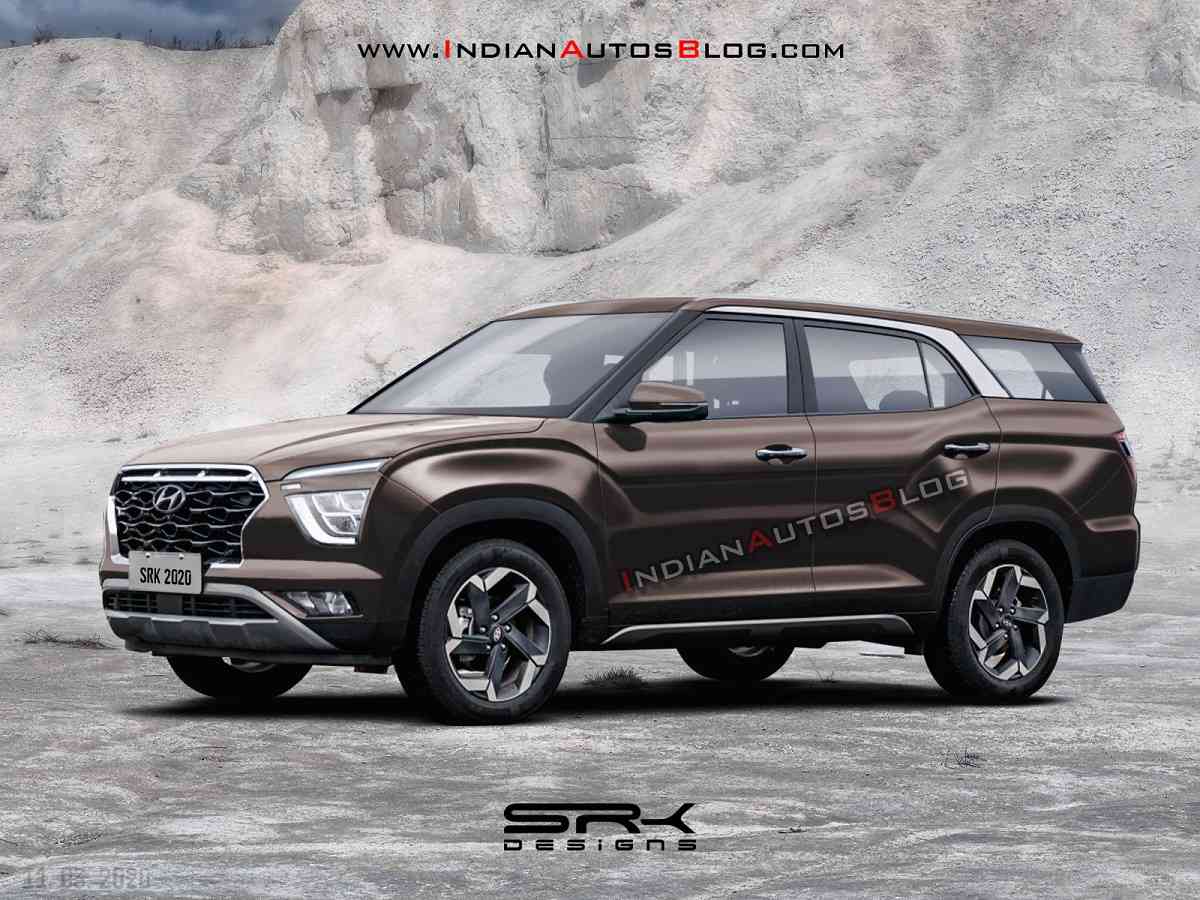 The much-awaited new-gen Hyundai Creta will finally go on sale in the country on March 16, 2020. The company is also readying a 7-seat version of the Creta, which is expected to be launched in 2021. This model will rival the likes of the upcoming Tata Gravitas and the MG Hector Plus. A new rendering reveal a possible design of the Hyundai Creta 7-seater SUV

The new Creta is based on the modified version of the K2 platform, which also underpins the Kia Seltos, New Verna and the Elantra sedan. This platform is compatible enough to accommodate a 7-seater SUV, which suggest that the 7-seater Hyundai Creta could be launched in our market. However, the company is yet to make an official announcement on the same. However, several media reports claim that the 7-seat Creta will be launched in our market.

The new 7-seat Hyundai Creta will be positioned between the 5-seater Creta and the Tucson. Hyundai will also develop the next-gen Tucson SUV in India. In fact, the next model will be a 7-seater SUV and is likely to be launched around 2022. The long-wheelbase Creta will act as an affordable 7-seater SUV, while the next-gen Tucson will rival the likes of the Honda CR-V and the Volkswagen Tiguan AllSpace. Also See – New Hyundai Creta Variant-Wise Features

The upcoming Hyundai Creta 7-seater will be a longer version of the current Creta; though, the wheelbase of the SUV could remain the same at 2.6 meters. We believe that the wheelbase will be increased to accommodate an extra row of space. The SUV is most likely to come with a stretched rear overhang to accommodate third row of seats.

The 7-seater Hyundai Creta will be equipped with high-end features like fully digital instrument console and differently-styled central console. It is likely to receive portrait-styled touchscreen infotainment system with sim-enabled Blue Link connected car technology. The SUV could receive the Tesla-like interior with no physical buttons, which we have already seen on the 2020 Hyundai ix25 in the Chinese market.

The 7-seat Hyundai Creta is likely to share the engine specs with the 5-seat model which includes a 115PS, 1.5L petrol, a 115bhp, 1.5L turbo-diesel and a 138bhp, 1.4L turbocharged petrol. Both manual and automatic versions will be on offer.