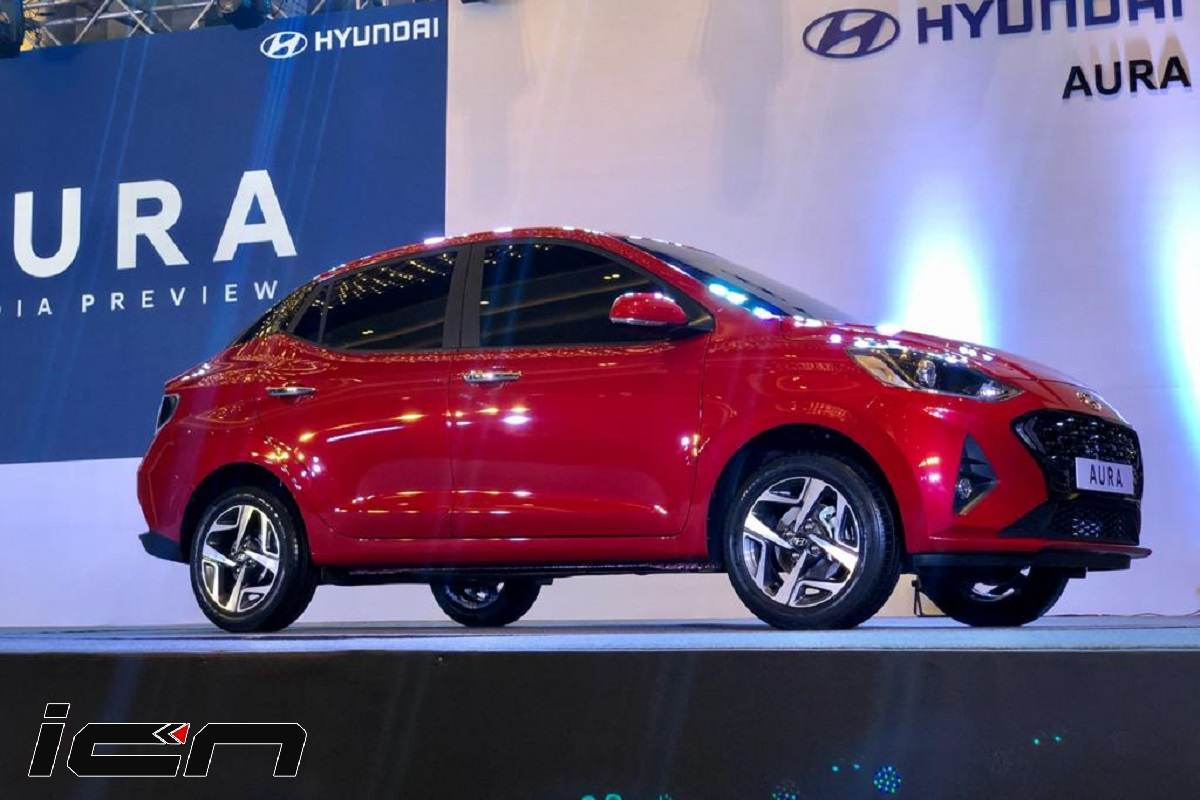 Hyundai has recently revealed the all-new Aura sub-4 meter sedan. The compact sedan will be launched on January 21, 2019. It will be sold alongside the Xcent sedan. While the Xcent will target the fleet operators, the Hyundai Aura will cater to the young and family buyers. It will directly rival the likes of the Maruti Dzire, Honda Amaze, Ford Aspire and the Tata Tigor.

The Hyundai Aura sub-4 meter sedan will be offered in 3 engine options, all of which compliant with BS6 emission norms. It will be powered by a 1.0-litre, 3-cylinder turbocharged petrol engine, which also powers the Venue compact SUV. However, this engine is de-tuned to suit the needs of a compact sedan. While powering the Aura, the turbocharged petrol engine produces 99bhp and 171Nm of torque. Power is transmitted to the front wheels via a 5-speed manual gearbox. In Venue, the 1.0L engine produces 118bhp and 171Nm of torque and is paired to a 6-speed manual and a 7-speed DCT.

The Hyundai Aura will also get the BSVI compliant 1.2-litre, 4-cylinder naturally aspirated petrol and a 1.2-litre, 4-cylinder diesel engines. While the former is good for 81bhp and 113Nm of torque, the oil burner produces 74bho and 190Nm. Both the engines will be offered with a 5-speed manual and automatic gearbox options. The petrol version will also receive a CNG variant.

The Hyundai Aura is based on the Grand i10 Nios platform and has a wheelbase of 2,450mm. It measures 3,995mm in length, 1,680mm in width and 1,520mm in height. The compact sedan is claimed to offer improved legroom for the front and rear occupants. The front and rear passengers get maximum legroom of 1,050mm and 885mm respectively. It comes with a boot space of 402-litres, which is good for a sub-4 meter car.

The Hyundai Aura shares the design with the Grand i10 Nios. The rear section comes with added boot that offers an all-new rear styling. The sedan receives mixed reaction from audience in our first look video. The C-pillar is blacked-out and the sloping roofline gives it a coupe-like profile. The company hasn’t revealed the interior of the sedan, which is expected to be equipped with several segment-leading features.