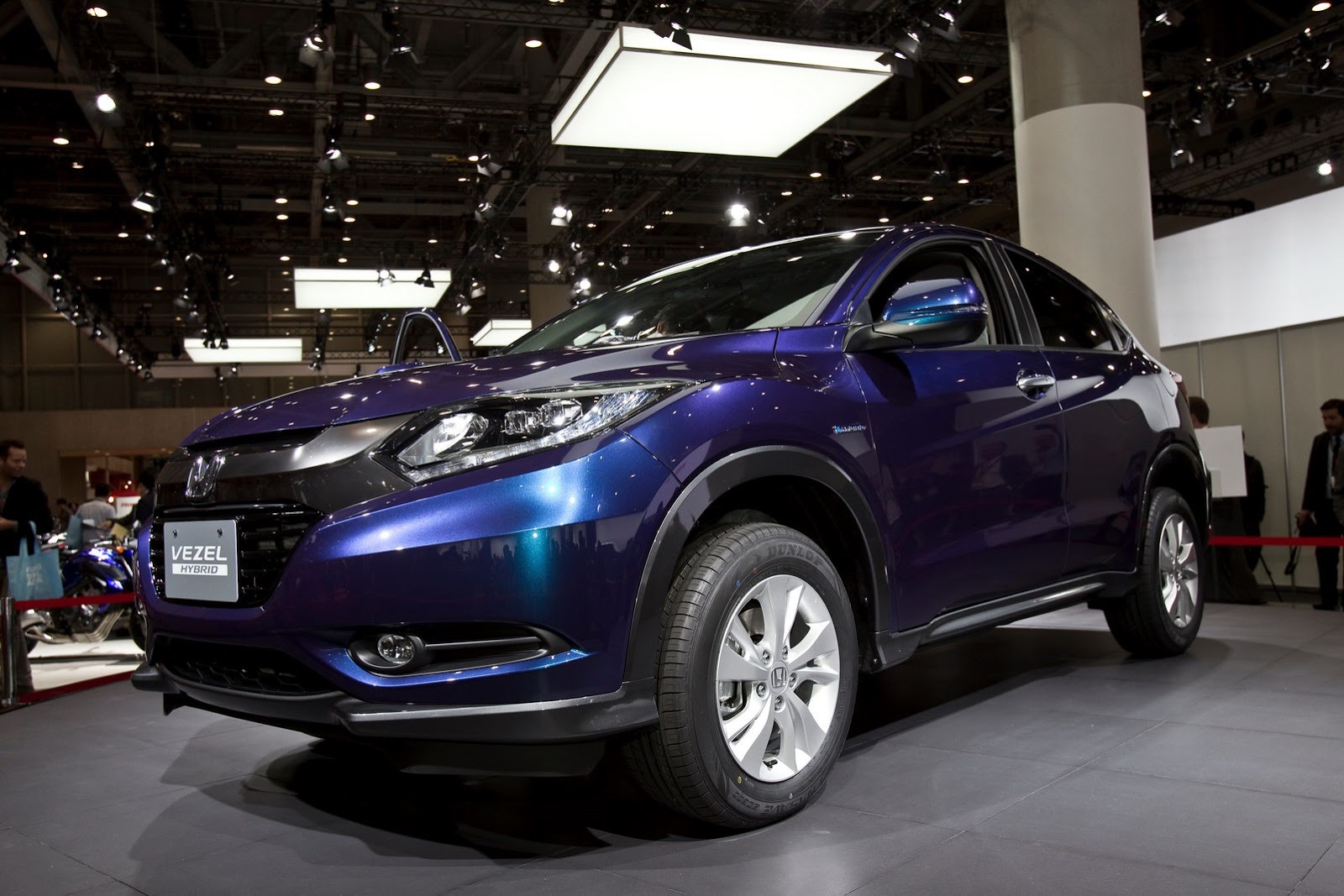 Japanese car manufacturer will unveil the Euro-Spec Honda HR-V aka Vezel crossover at the Paris Motor Show in October. This crossover is also scheduled to be displayed at the 2014 Indonesia Motor Show. First unveiled at the 2015 Tokyo Motor Show, the HR-V Crossover will go on sale in American, Europe and several Asian markets including Indonesia. Based on the 2014 Jazz aka Fit platform, the crossover will not make its way to the Indian market. However, the company is contemplating a compact SUV based on the versatile Brio platform.

Honda HR-V crossover measures 4,295mm in length, 1,770mm in width and 1,605mm in height and it comes with a large wheelbase of 2,610mm. It will compete against the likes of Nissan Juke, Hyundai ix25, Ford EcoSport and others. Based on the “Dynamic Cross Solid” concept, the HR-V SUV features unique and sharp character lines that offer SUV-like stable lower body and coupe like upper body. Moreover, the rear outer door handles are integrated into the window graphics, which looks like a 2-door coupe.

If media reports are to be believed, the European spec model will get the 1.6-litre diesel engine that also powers the European CR-V and Civic. The petrol models are likely to get Honda’s new VTEC Turbo engines which include 1.0-litre 3-cylinder and a 1.5-litre four-cylinder unit.  The Japanese model is available in two engine options- a 1.5-litre petrol engine producing 131PS and 155Nm of top torque and a hybrid engine coupled with a 1.5-litre unit and an electric motor, developing 132PS.