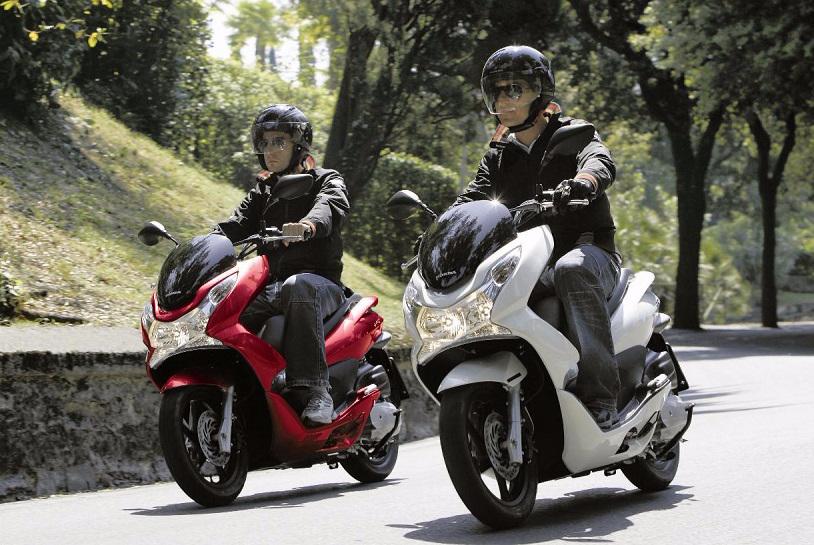 Likely to be launched during festive season 2017, the new Honda PCX 150 will challenge Aprilia SR 150 and Vespa 150

Honda, the Japanese two-wheeler maker has announced to launch 4 new vehicles in the Indian two-wheeler market this year. Out of these four, the first model to go on sale will be Africa Twin. The company will launch two new scooters, out of which the Honda PCX 150 could be the one to be introduced in the market. As a reminder, the Japanese maker had showcased the PCX motor scooter at the 2014 Delhi Auto Expo. Though the vehicle unveiled was equipped with 125cc engine, the final model is likely to be powered by a 150cc powertrain. Honda has already imported the scooter in India for R&D (Research & Development) purpose, indicating towards a possible launch.

Upon its launch, the moto scooter will take on the likes of Aprilia SR 150 and Vespa 150. This scooter will later be joined by Hero ZIR 150cc. Powering this model is likely to be a 153cc, single-cylinder, 4-stroke, SOHC, liquid cooled PGM-FI engine, which will be paired by a V-Matic automatic gearbox. Read More – New Honda Africa Twin India Launch

The company is yet to make an official announcement on the launch of PCX 150, but we expect the scooter to go on sale during this festive season. We will update you as soon as Honda announces its launch details.

This scooter will be powered by a 153cc, single-cylinder, 4-stroke, SOHC, liquid cooled, PGM-FI petrol engine. This engine churns out 13.4bhp of power at 8,500rpm and 14Nm of torque at 5,000rpm. Power is transferred to wheels via a V-Matic automatic gearbox.

The scooter is expected to get HET technology, which will make it fuel efficient. We expect the PCX 150 to deliver around 45-50kmpl of mileage.

Honda PCX 150 Styling and Features
The Honda PCX 150 is a popular scooter in the European market, as it comes with quite an aggressive design. It features a wide and angular headlamp at the front and prominent curves, creases across the sides. The 150cc scooter sports front and rear LED lights and is equipped with a 12V power socket in the under seat storage compartment. It is equipped with a conventional handlebar, long contoured seats, analogue instrument cluster with small digital display, pillion grab rail, etc.