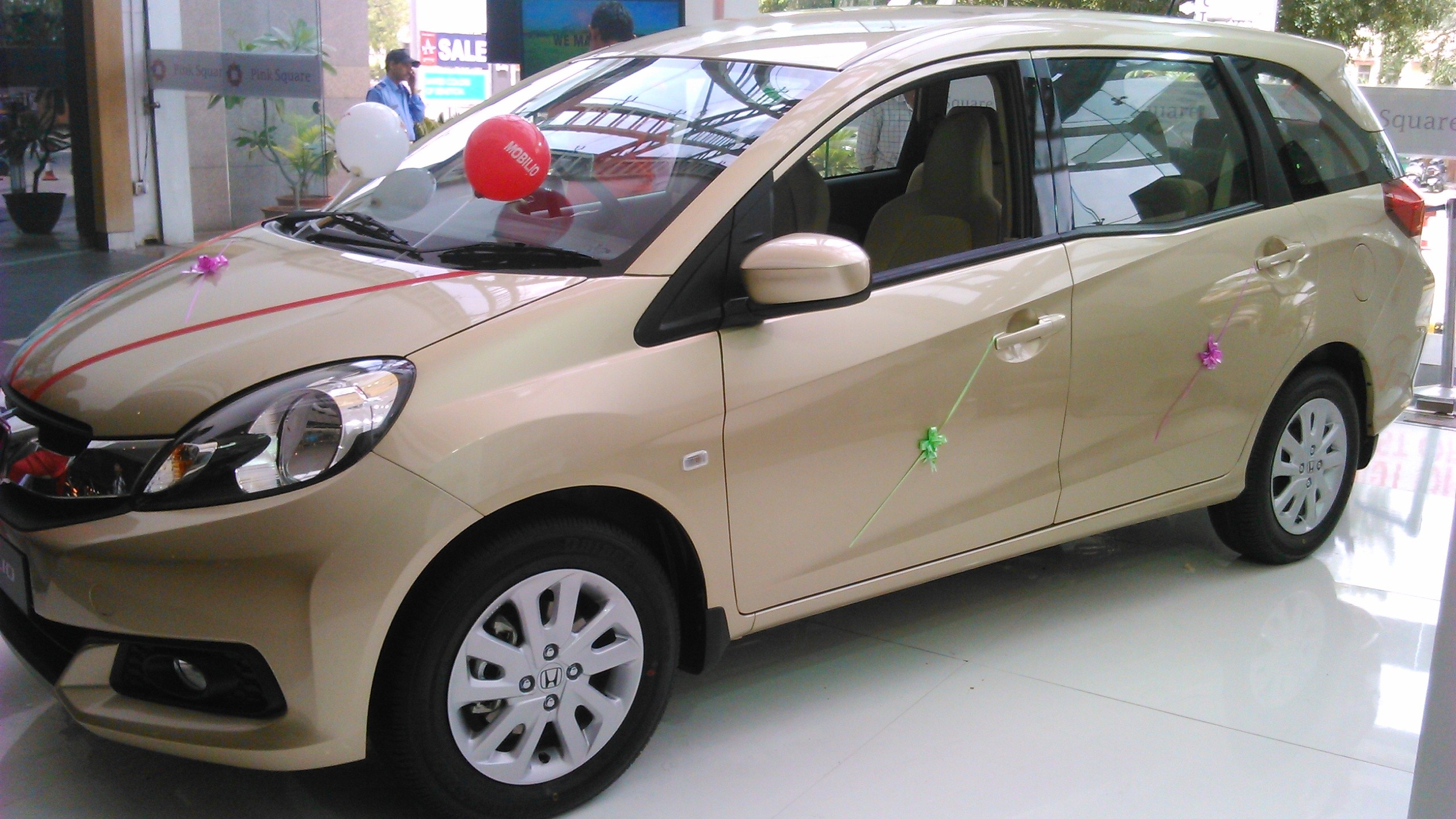 Honda India has launched the much-awaited seven-seater multi-purpose vehicle (MPV) in the country. The company has already received over 5,800 bookings for the Mobilio even before its official launch. Deliveries of the vehicle have already been commenced; however, the RS variant will officially go on sale from September only. The Honda Mobilio RS sportier model is priced at Rs. 10.86 lakh (ex-showroom, New Delhi).

The Japanese car manufacturer is on the roll and is aiming to repeat the same success story that it did with Honda Amaze and Honda City. The company is leaving no stone unturned to make this MPV a highly successful product in the country. Honda has already started production of the Mobilio at its Greater Noida facility and is trying hard to meet customer demands. The company aims to deliver all the booked MPVs in next month.

The Honda Mobilio MPV is available in four trim levels- E, S, V and RS. The vehicle is offered in both petrol and diesel guise. The gasoline version has the 1.5-litre i-VTEC engine that pumps out 117bhp and 145Nm of torque while the oil burner gets the 1.5-litre i-DTEC engine that is capable of developing 99bhp and 200Nm of torque. Power is transmitted to front wheels via a five-speed manual transmission gearbox. The petrol version is claimed to return an impressive fuel economy of 17.3kmpl while the diesel model is the most fuel efficient car in its league with whooping 24.2kmpl of fuel efficiency.