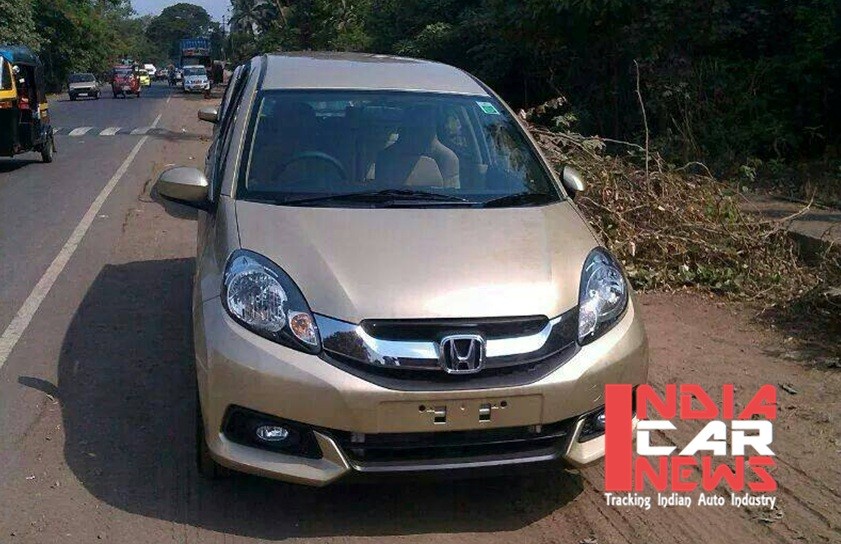 We reported earlier that Honda Cars India will launch the much-awaited Mobilio MPV in the country in third week of July, 2014. Unveiled at the 2014 Delhi Motor Show, the MPV will be the company’s third diesel product in the country. Now, the vehicle has been spotted without camouflage undergoing testing. The spotted vehicle wears the V badge and the i-DTEC emblem, confirming that it is the diesel version of the MPV. The oil burner gets the highly fuel efficient 1.5-litre i-DTEC diesel engine that is capable of developing a top power output of 99bhp and a peak torque of 200Nm. This engine will be paired to five-speed manual gearbox which sends the power to the front wheels. It is based on the extended version of the Brio platform, and the company has specifically worked on the third row seats. Honda is aiming to offer spacious third row space which will give it a competitive edge over its competitors. The Mobilio is 4,390mm long, 1,680m wide and 1,610mm high, and it has a large wheelbase of 2650mm.

The Honda Mobilio is expected to be priced around Rs. 50,000 more than its closest rival Ertiga, while the top spec model will compete against Toyota Innova. The vehicle is likely to be priced in the range of Rs. 6.2-9 lakh. This vehicle will also come with petrol version, which will be propelled by the 1.5-litre i-VTEC engine producing 116bhp and 145Nm.