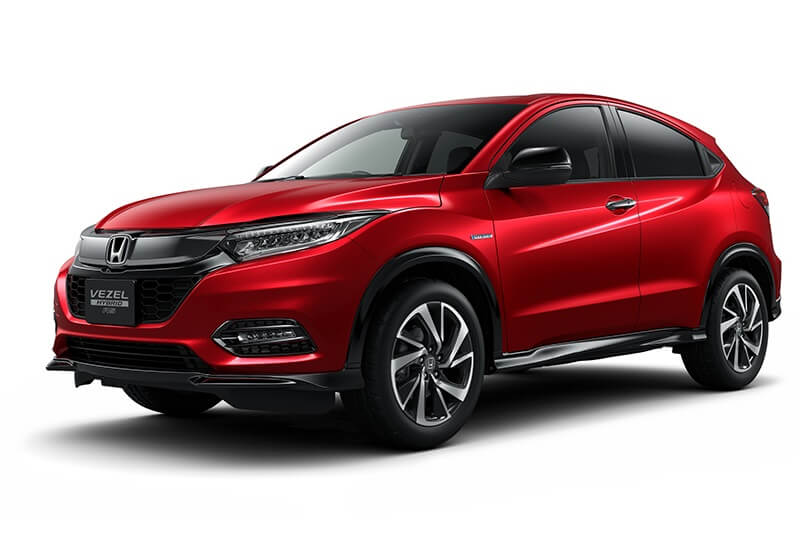 In India, the Honda HR-V will go up against Jeep Compass, Hyundai Tucson and others in its category.

Japanese automaker, Honda is playing premium to regain its lost market share. After launching the 2nd generation Amaze, new CRV 7-seater SUV and the much-loved Civic sedan, Honda is now gearing up for the launch of its global 5-seater premium SUV – Honda HRV in our market. In fact, media reports claim that the company had displayed the SUV to dealerships. It was reported that Honda is constantly in touch with vendors to maximize the local components; however, the company is likely to opt for the CKD route to introduce the new SUV. In terms of pricing, there is a big difference between the BR-V and the CR-V and hence Honda is thinking on the lines to launch HR-V SUV.

Honda will launch the current generation HR-V in India, which received its first major upgrade last year. Just to inform you, the SUV is known as the Honda Vezel in the Japanese domestic market. Honda HRV is built on the Jazz platform that also underpins the City and Honda WRV. The India-spec Honda HRV is claimed to share the engine specs with the Civic sedan, which means it will receive the 1.8-litre i-VTEC petrol and the 1.6-litre i-DTEC diesel engine. The SUV will challenge the likes of Jeep Compass, Hyundai Tucson and the higher variants of the Hyundai Creta and Nissan Kicks. Read – Honda WR-V – All Details 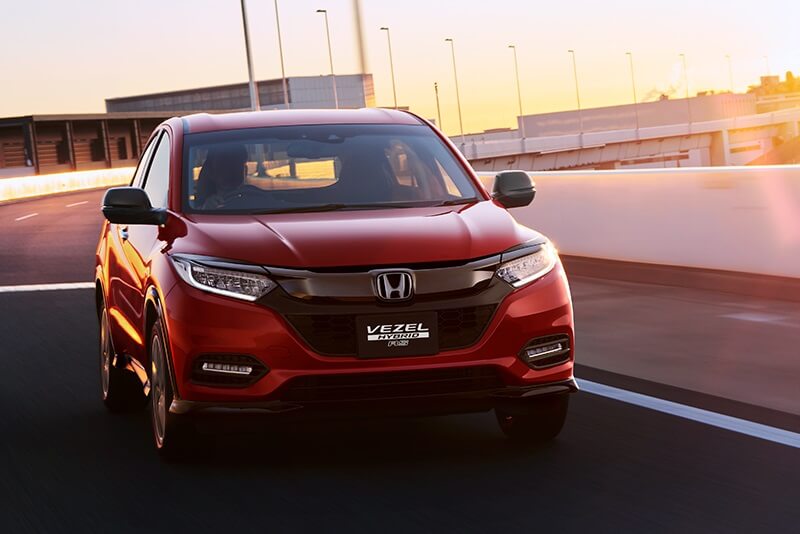 The Honda HR-V has aggressive looks with robust front profile. Some of the design highlights include a bigger chrome grille, new LED headlamps with daytime running lights, LED fog lamps, sculpted bonnet, ORVMs with integrated blinkers, LED tail-lights, roof-integrated spoiler, etc. It is equipped with Honda’s newest infotainment system that is compatible with satellite navigation, Android Auto and Apple CarPlay. Indian buyers have grown affinity for the rugged SUVs in the past decade. Thanks to large proportions, spacious cabin and off-road capability, SUVs turns out to be a viable alternative to other body-styles including hatchbacks. With BRV failed to generate volumes, Honda is surely thinking of this global product to mark some presence in this segment. Honda is yet to make an official announcement on the launch of the new HR-V SUV for the Indian market. Though, Honda officials said that the company is receiving good enquiries about this SUV. The SUV is expected to be launched in the second half of 2019, probably around Diwali festive season. We will update our readers with concrete information on the launch as soon as Honda announces anything on the same. Read – Upcoming Honda Cars in India

Honda will position the HR-V SUV between Honda BRV and Honda CR-V in India, hence it will carry a price that undercuts CR-V’s pricing. This model will be imported to India via a CKD route and then assembled at the company’s Greater Noida plant. The new model will come as a premium model and will be positioned right against the Jeep Compass. Considering that HR-V will fill the slot between BR-V and CR-V, the prices are likely to range from Rs 15 to Rs 20 lakh. Read: New 2018 Honda Amaze – All You Need To Know 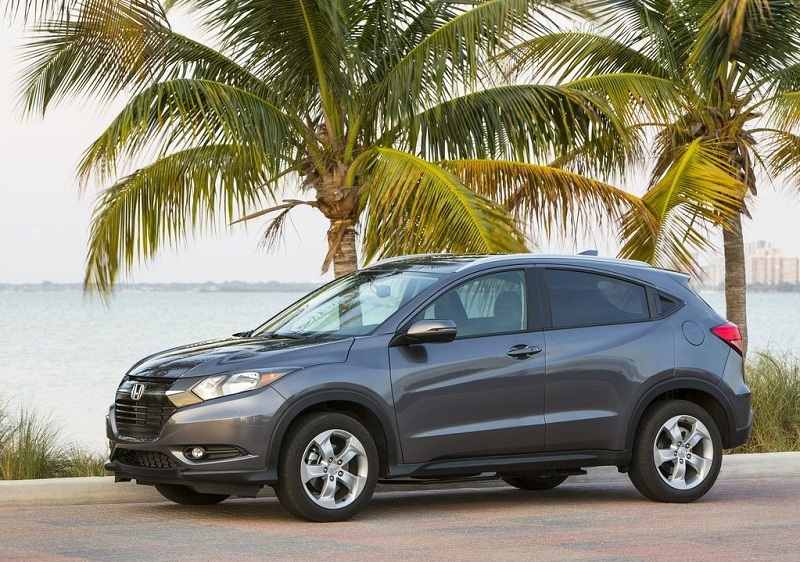 Developed on the same platform as Jazz, the HR-V was first unveiled at the Detroit Motor Show 2013 as Vezel. The SUV is based on the 2013 Honda Urban SUV concept. Sharing most of the design cues from the Jazz and CRV SUV, the HRV looks premium and stylish from all corners. The ‘Exciting H Design’ tenet looks modish and chick. As mentioned above, Honda will launch the updated version of the SUV which is currently on testing phase. In fact, clear pictures of the SUV have been leaked online. This model gets Honda’s latest design philosophy and similar to City, the SUV gets Honda’s latest signature grille with thick chrome slap sporting company’s logo and a chrome strip that runs through the middle. The new grille with thick chromed slab looks identical to the new Honda Civic. It is equipped with new LED headlamps with daytime running lamps, which is reminiscent of the Jazz. The 2018 model now features new fog lamp enclosures with LEDs and honeycomb mesh design for the lower intakes.

Side profile on the other hand resembles CR-V. The hidden door handles towards the rear end could be the first on a Honda car. Wheel arches, placed a tad high go well with the sloping roofline that declines towards the rear. Rear facet too gets tasteful styling, with the curvy aerodynamic lines around the boot. It will also get power panoramic sunroof and chrome exhaust pipe finisher.

In terms of proportions, the new HR-V is 4,295mm in length, 1,770mm in width and 1,605mm in height. It comes with a long wheelbase of 2,610mm, hinting at a roomy cabin. Expect ground clearance in excess of 180mm. Unlike the BR-V, the upcoming model will reportedly be launched with five-seat layout accommodating just five passengers. Weighing between 1180 kgs to 1320 kgs, the SUV will offer generous luggage at 470 litres and the fuel tank capacity will be around 60 litres.

Inside the cabin, it will most likely to get dual tone black and beige colour scheme and premium upholstery. It is expected to share styling inputs with CR-V along with some additional elements like touchscreen infotainment system and steering mounted controls. The SUV will be fitted with a 7-inch touchscreen infotainment system that is compatible with Android Auto and Apple CarPlay. The SUV will be equipped with several high end features like keyless entry, push-button start, panoramic sunroof, leather seats, multi-functional steering wheel, cruise control, paddle shifters, etc.

It was speculated that the Honda HR-V will be equipped with a 1.5-litre i-VTEC petrol engine. However, recent reports claim that the SUV will share the mechanics with the Civic sedan. The petrol version of the SUV will receive the 1.8-litre i-VTEC petrol engine that is capable of producing 139bhp of power at 6,500rpm and 174Nm of torque at 4,300rpm. Transmission options are likely to include a 6-speed manual and CVT automatic with paddle shifters.

On the other hand, the diesel version will be powered by a 1.6-litre i-DTEC unit, which also powers the new CRV and the Civic sedan. As mentioned above, this diesel engine has been locally assembled at the company’s Tapukara plant and has been exported to Thailand. The diesel unit belts out a maximum power output of 118bhp and a peak torque of 300Nm. Power will be transmitted to the front wheels via a 6-speed manual gearbox. Also Read – Honda Avancier SUV – Pictures & Details

The HRV is likely to be one of the most fuel efficient SUV in its league. The company’s new i-DTEC diesel engines are already giving high mileage, and the same is also expected with the new 1.6L unit. We expect the petrol model could return around 16kmpl, the diesel version is likely to deliver about 20-22kmpl. 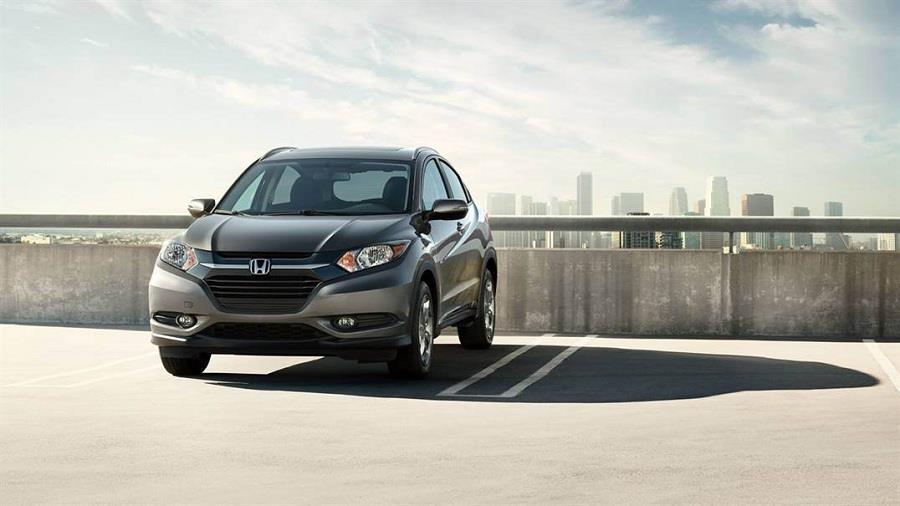 Sitting on a large 2,610mm of wheelbase, the new Honda HR-V is likely to offer spacious cabin to accommodate five adults comfortably. Interior of this SUV has been design on the basis of Honda’s “Man Maximum Machine Minimum” philosophy. The SUV will offer segment-leading legroom, headroom and shoulder space. To be launched as premium SUV, the HR-V will get high-quality leather seats to offer excellent back and thigh support.

Suspension system on the HR-V will include MacPherson strut set up at front and Torsion beam set-up at rear. Power to retard speed will come from ventilated disc brakes at front axle and solid disc brakes at rear axle. Additionally, the robust SUV will ride on the 215/55 R17 sized tyres.

The HR-V will field against Mahindra XUV500, Hyundai Tucson, Toyota Innova Crysta and Tata Hexa in the segment upon its launch. 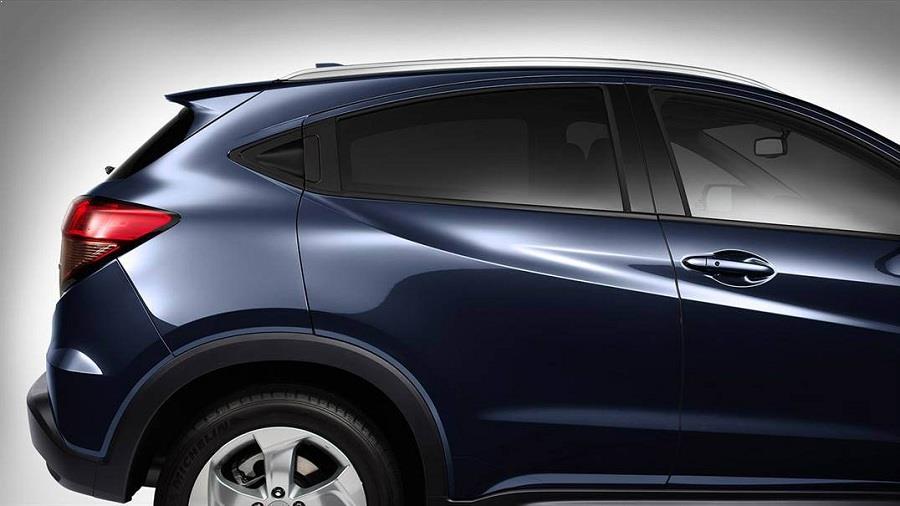 Equipped with several high-end features and fuel efficient engines, Honda HRV could be a viable alternative to Jeep Compass and top-spec Hyundai Creta. Based on Jazz platform, the SUV will offer spacious cabin for five adults. It will be locally produced, which will allow Honda to price it competitively in the market. If you are looking at a premium SUV, Honda HRV could be a good option for you.

Based on the Jazz's platform, the new HRV SUV will take on the likes of Jeep Compass and Hyundai Tucson. The vehicle is likely to be brought into India as CKD unit. It will be positioned between the BR-V and the CR-V SUV.