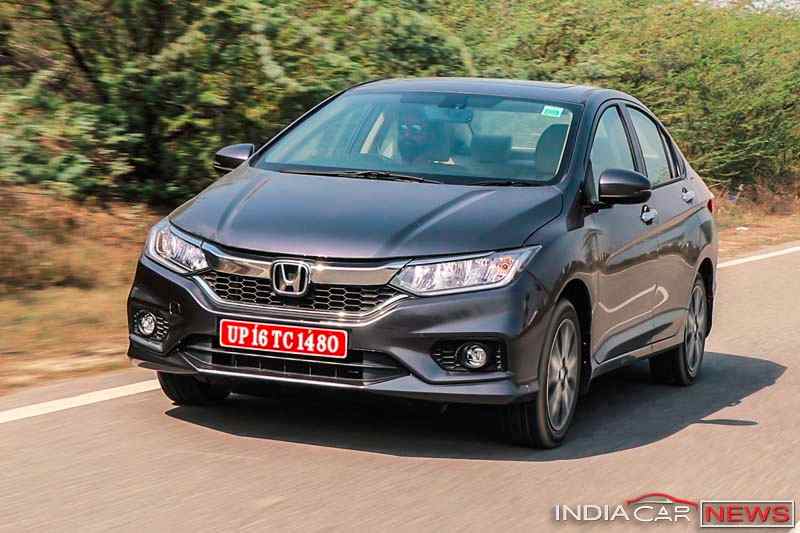 This sales achievement also makes ‘City’ the best ever selling model from Honda.

Honda City has always been a bread-and-butter product for the Japanese carmaker in India. And it’s not only limited to the domestic market, the Indian subsidiary of Honda contributes 25% in the global sales of the City. Launched in 2014, the fourth-generation Honda City received its first major facelift in February this year. Within 42 months of its existence, the saloon has crossed 2.5 lakh sales milestone in the Indian market. This achievement also makes the City the best ever selling model from Honda.

The fourth-generation City comes with two highly fuel efficient engines, paired to a manual and a CVT gearbox. In its 42 months of journey, the saloon has witnessed a significant change in customers’ preferences. The company has observed a high demand (over 30%) for the most frugal CVT variant. Currently, the Honda City petrol contributes 61% of the total sales of the sedan and the diesel version accounts 39%. Watch – 2017 Honda City Facelift Review

Commenting on the milestone achieved by Honda City in India, Mr. Yoichiro Ueno, President & CEO, Honda Cars India, said, “The Honda City is an important pillar of Honda’s business and success in India. With its new-generation technologies, the 4th Generation City meets our customers’ aspirations for a premium product. It is also a testimony of our commitment to bring the best models and technologies for our customers in India. I would like to thank our customers for their support to the model.” Photo Gallery – Upcoming Honda Cars in India

The City brand was first introduced in India in January 1998. In the domestic market, the sedan has achieved a cumulatively sales of over 6.8 lakh units so far, thus making it the segment leader. Globally, Honda has sold over 1 million units of the 4th generation City. Whereas, the cumulative sales of the Honda City brand stands at over 3.5 million units in more than 60 countries.