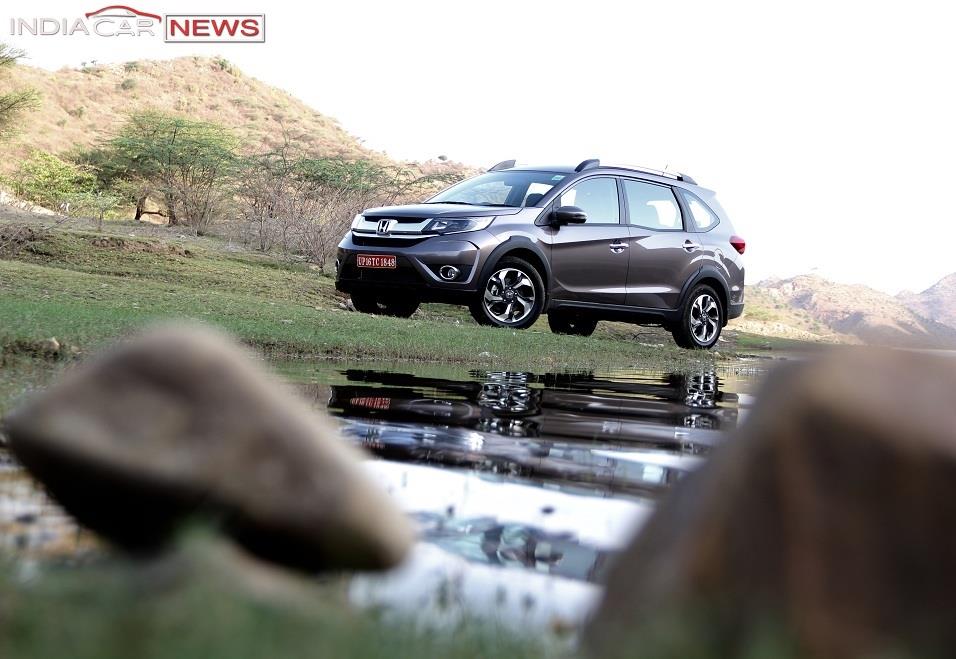 The Honda BR-V does try to keep a balance between the performance, practicality and fuel efficiency aspects. And it will serve all the purposes of one looking for an affordable 7-seater compact SUV.

Ever since its unveiling at the 2016 Delhi Auto Expo, the Honda BR-V has been a topic of discussion among aspiring compact SUV buyers. Many believe that a slightly better looking 5-seater car would be the right product, while equal number of people think that a 7-seater vehicle in the category would give it an edge over its rivals.

Before I talk about my experience of driving the Honda BRV, let me tell you the origin of the term ‘compact SUV’ (Sports Utility Vehicle). The term was first used for the Jeep Cherokee (XJ) that was launched in 1984, and it was a proper 4 door SUV with a large boot space. In contrast, modern-day compact SUVs are smaller and are more urbane. Compactness, high riding position & ground clearance are the three most important traits of today’s compact SUVs that make them a lot easier to drive around city roads. With the success of Renault Duster, it became evident that there is a scope for such cars in India as well. And then came Hyundai Creta that took this segment to newer heights. 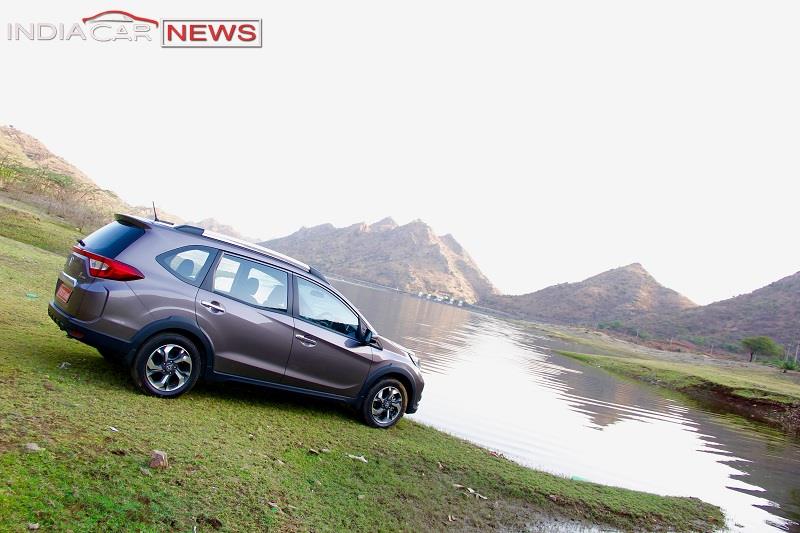 The newest entrant in the popular compact SUV segment Honda BRV is like no other vehicle in its league since it’s a 7-seater and is bigger than other ‘compact’ SUVs available in its league. Though it’s early to comment on its success, I must say it’s a bold move from Honda that is trying to create a niche in a segment that’s fairly new to the Indian market.

Read: A Complete List of Upcoming Honda Cars in India

While many of my co-reviewers liked the overall styling and looks of the car, I somehow didn’t find it as exciting as that of the Renault Duster or Hyundai Creta. And this is primarily due to its 7-seater MPV-ish design with large overhangs. It surely looks a lot better than the Mobilio, but it would look quite similar in shape if you take those plastic body cladding off.

The Honda BRV is based on the ‘Active Solid Motion’ philosophy and features the ‘Sold Wing’ face that looks identical to other new-age Honda products. With all-new bumper, sharper headlight design and two-piece grille, Honda’s new compact SUV looks just average. It appears really narrow from the front due to its fairly less width than both of its rivals. At 1694mm, the BR-V is 45mm less wide than the Creta and about 87mm than the Duster. From the sides, the BR-V resembles the Mobilio; though it’s slightly taller and better proportioned than the Mobilio thanks to its 210mm ground clearance. The rear profile looks plain with C-shaped tail-light design & LED light guide. 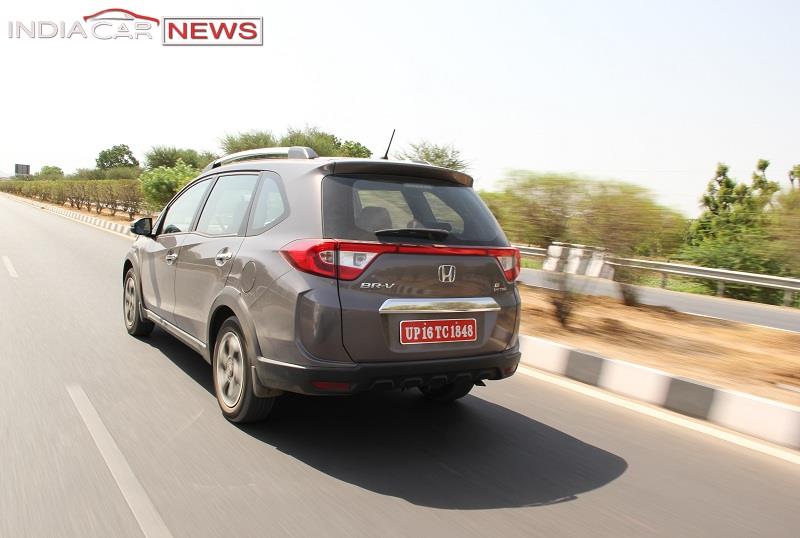 With all the aforementioned styling elements, the Honda BR-V certainly looks good but it doesn’t look like an SUV at all.

Comfort is the top priority for people buying a 7-seater since it is used for lot of inter and intra-city family trips. And the company has surely paid attention to this aspect. The vehicle’s front seats are fairly comfortable, and the second and third row seats too are acceptable. The second row seat can be folded 60:40, while the last row of seat can be splitted 50:50 thus giving ample options to its passengers. But the last row seat is too congested that it will be a task for three people to sit for long hours. So, it’s best for just two people. 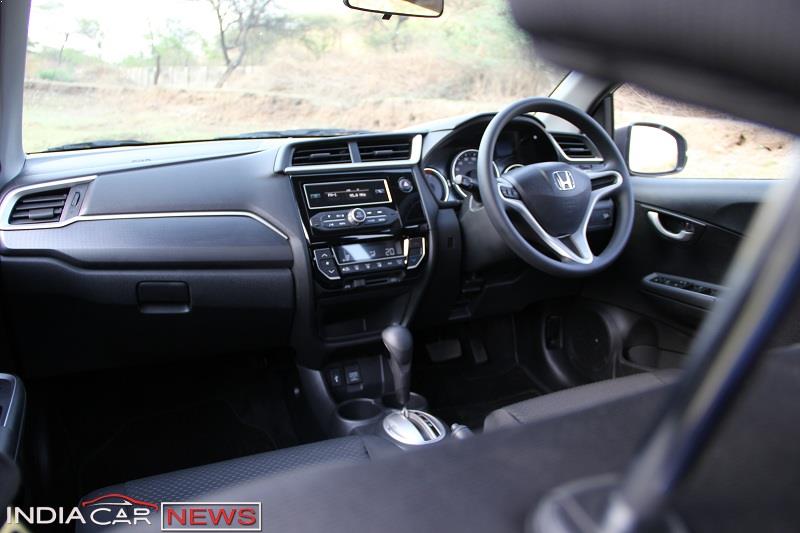 One thing that disappointed me most was the air-conditioning unit, it takes so much time for it to bring the temperature down. And it gets worse for the third row passengers despite the fact that the Honda BRV comes with rear AC vents positioned between the first and second row seats.

We got the opportunity to drive both the 1.5-litre i-VTEC petrol & the 1.5-litre i-DTEC diesel engined models of Honda’s 7-seater compact SUV. While the former comes with two transmission options – 6-speed automatic & 6-speed manual, the diesel engine gets a 6-speed manual gearbox. Before I comment on the car’s performance, let me admit this that the company has done a brilliant job with the NVH (Noise, vibration, and harshness) performance of the 1.5-litre i-DTEC diesel unit which faced severe criticism in the past. The same engine does duty in all Honda diesel cars in India. To achieve better NVH, the company has improved idle N/V and tyre & engine noise. To reduce the engine noise coming to the cabin, the company has increased the thickness of dash insulator. Moreover, it has used a thicker hood insulator and door lining to reduce acceleration and braking noise. I honestly found BR-V’s cabin much calmer than that of the Honda City and the Mobilio. But its closest rival Hyundai Creta is miles ahead of the BR-V in this department. 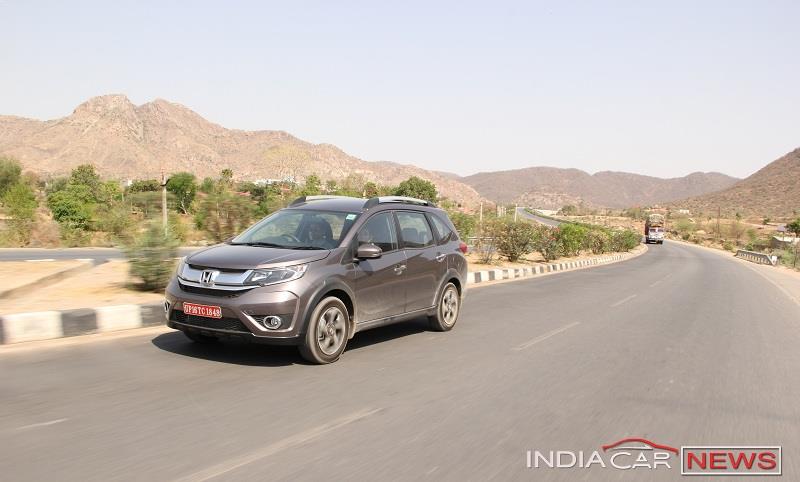 We first drove the 1.5-litre i-DTEC-powered model of the BR-V that is good for 99bhp and 200Nm. Till about 1750-1800rpm and 3nd gear, it felt almost powerless as the company has shortened its first three gears quite significantly. This might help the vehicle achieve better fuel efficiency, but may disappoint people looking for outright power from the word go. But as soon as you go towards the higher range of RPM and shift to the fourth gear, it starts behaving really well. Like most cars out there in this segment, this one too has a strong and punchy mid range, but Honda’s compact SUV misses out on initial grunt of probably the Creta or the Duster (up to an extent).

Though we didn’t get much time to test its 6th gear since we mainly drove it around the hilly parts of Udaipur, the company claims that it has improved its gear ratio to offer better performance on high speeds. We shall explain that in detail as we get the BRV for a slightly longer duration. Though the vehicle’s suspension has been kept a bit tight to offer stability on higher speeds, the car actually absorbs all sorts of undulations with ease at low speeds too. Credit for this also goes to its class-leading ground clearance of 210mm. Having said that, the car starts acting slightly unstable if you are in corners at high speeds, and that is because of its length. It’s almost over 200mm lengthier than both of its rivals. But no complaints against Honda on this, as this car is meant for people looking for a vehicle that also offers great fuel efficiency and not the outright performance. 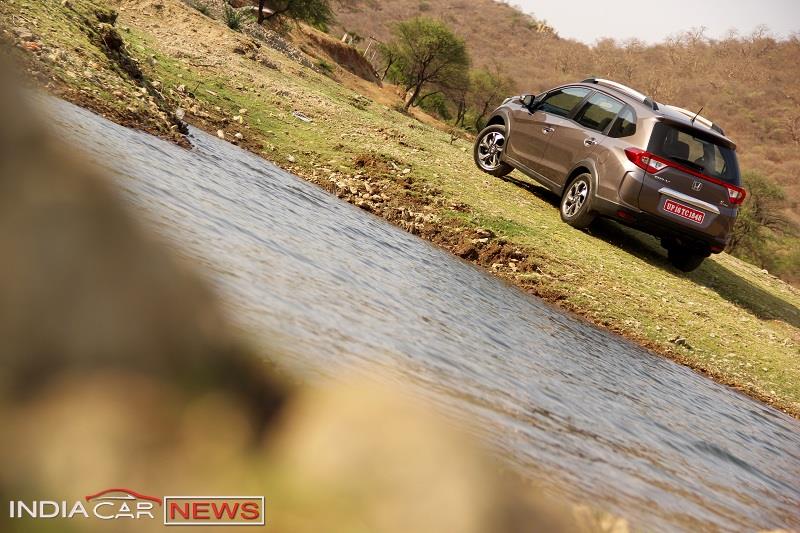 Next we drove the Honda BRV petrol model that features the tried & tested 1.5-litre i-VTEC petrol with a Continuously Variable Transmission (CVT). This one feels much nicer to drive on city roads than the diesel manual which required frequent shifts at low RPMs. You don’t feel much delay in response if it’s driven around city on average speeds, but as soon as you go to open roads where you would like to throttle – it starts acting like any other CVT (thanks to the typical rubber band effect).

It will take its own time to match the speed and RPM to settle down, but till then it remains vocal. So it’s better to be gentle on throttle inputs to enjoy a comfortable ride. But if you can afford the BR-V CVT with paddle shifters – go for that. You’ll have a control in your hands to quickly shift it between the gearbox’s seven steps.

The Honda BRV does try to keep a balance between the performance, practicality and fuel efficiency aspects. And it will serve all the purposes of one looking for an affordable 7-seater compact SUV. But if you love the ruggedness and performance of the Renault Duster/Nissan Terrano and the comfort and premiumness of Creta, this isn’t the car for you.