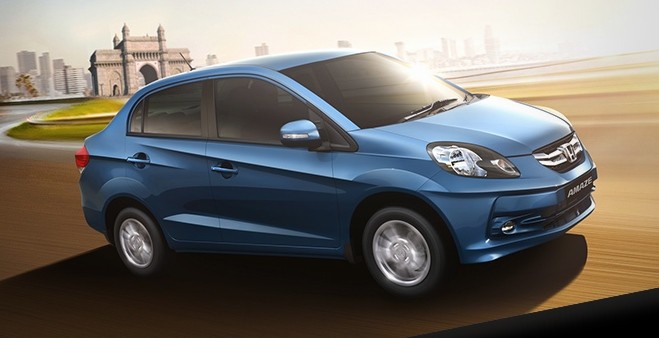 Waiting period for the car has now come down to just five to seven working days for all the variants, which was three to four months earlier.

Japanese automajor Honda’s first ever diesel car in the Indian market Amaze has been a run away success for the company. The carmaker received a whooping initial response and continued to sell the car in high numbers, however, the waiting period kept on increasing due to production constrain. And to handle the situation, the company introduced an additional shift at its Great Noida plant in November, which actually worked in favour. Waiting period for the car has now come down to just five to seven working days for all the variants, which was three to four months earlier. Autocar India made a few calls to Honda dealers in Mumbai and Delhi, and learned that Honda Amaze is readily available in almost all the colours in both petrol and diesel engine options. However, the base E and EX models have comparatively longer waiting period of 15-20 days.

Honda Amaze is being sold in two engine options- 1.2-litre i-VTEC and 1.5-litre i-DTEC diesel. While the 1.2-litre i-VTEC engine churns out a maximum power output of 86.8bhp and 109Nm of peak torque, the 1.5-litre i-DTEC diesel powered version belts out 98.6bhp at 3600rpm and 200Nm of peak torque at 1750rpm. The Amaze comes in both the manual and automatic transmission gearbox options. The five-speed manual transmission is available both on the petrol and diesel engine options, while the five-speed automatic transmission powers the S petrol variant.

Honda Cars India has big plans for 2014, with cars like new Honda City, new generation Honda Jazz and Honda Mobilio MPV launching in the first six months of the year. And all of these cars will also be made available in diesel engine options.