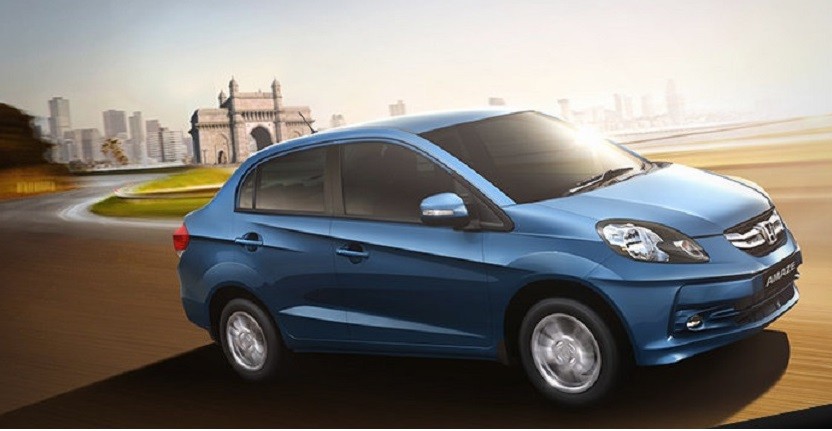 The Japanese carmaker, Honda has silently launched the new “SX” trim of Honda Amaze in the Indian car market. The new SX trim is positioned above the “S” variant, and is being offered in both petrol and diesel guise. While the new petrol Amaze SX variant is priced at Rs. 6.22 lakh, the diesel model will cost Rs. 7.12 lakh (ex-showroom, Delhi)

Honda Cars India has added some important features in the new SX variants, which will grab the attentions of the middle-class buyers of India. It comes equipped with features like ABS (Anti Locking Braking system), which comes as standard equipment in all diesel variants of Honda Amaze. Now the complete range of the Honda Amaze compact sedan is available in 12 variants – E, EX, S, SX (New) & VX (Petrol and Diesel) and S AT & VX AT (Petrol only).

Announcing the new variant, Mr. Jnaneswar Sen, Senior Vice President, Marketing & Sales, Honda Cars India Ltd said, “Honda Amaze has witnessed great success in Indian market by selling more than 60,000 units ever since its launch in April 2013 and has been a game changer for Honda. It is our constant endeavour to study customers’ needs & aspirations and introduce features that enhance the overall ownership experience. We are pleased to introduce “SX” variant of the Amaze with added safety features. The S variant has been the most popular variant in the Amaze range and with the addition of SX variant, we are confident that this new variant will appeal and bring delight to the customers seeking safety features at the volume range.”

The Honda Amaze derives its power from the 1.5-litre i-DTEC diesel engine that belts out a maximum power output of 98bhp. This engine offers an extra-ordinary mileage of 25.8kmpl. The petrol variant comes powered with the 1.2-litre i-VTEC engine.