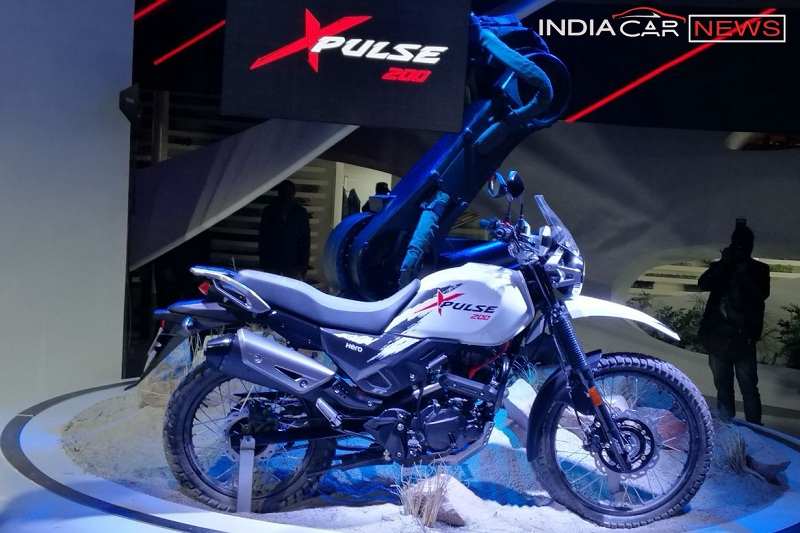 Hero X-Pulse makes use of a 200cc, single-cylinder engine.

Hero XPulse, the adventure bike from the home-grown two-wheeler maker, will soon hit Indian roads. This off-road performance motorcycle was first previewed at the 2017 EICMA Motor Show in Milan, followed by its India debut at the 2018 Delhi Auto Expo. The all-new Hero XPulse is essentially the bigger iteration of the 150cc Hero Impulse dual-sport motorcycle, which was discontinued in 2017. Launched in 2011, the Impulse was appreciated for its upright riding stance, format and comfort. However, the 13bp, 15model l0cc engine used in the bike seemed under powered.

With on-road comfort and off-road capabilities, the Hero X-Pulse motorcycle will be appeal young riders in the country. This new adventure bike will also cater to the conventional motorcycle customers.  Hero MotoCorp said that the XPulse is a dual-purpose adventure bike packed with the 200cc, single-cylinder, air-cooled engine. It’s the same powertrain that does duty in the Hero Xtreme 200R naked sports motorcycle, but it has been tuned for the adventure motorcycle. The bike will also get ABS (Anti-Lock Braking System) as standard. Read – Hero Xtreme NXT 200cc Motorcycle Launching Soon 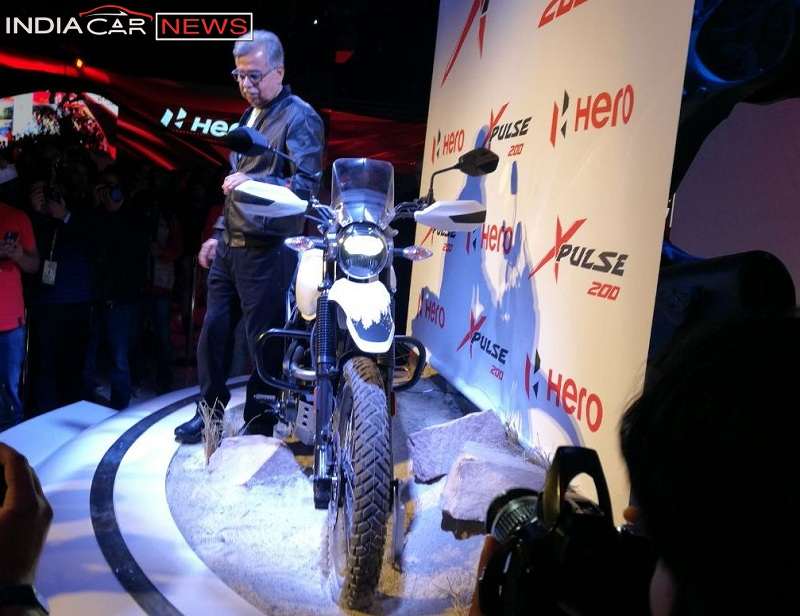 The upcoming Hero XPulse is an off-roader that will target enthusiasts who are looking for lightweight and affordable adventure motorcycle. In the Indian market, this entry-level off-road motorcycle will face challenge from the Royal Enfield Himalayan. Since the XPulse shares its chassis and engine with the Xtreme 200R naked bike, we expect it to come with competitive price tag. If latest reports are to be believed, Hero X-Pulse could be priced under Rs 1 lakh (ex-showroom). If launched at this price point, it will be around Rs 70,000 – Rs 80,000 more affordable than the Himalayan that costs 1.90 lakh (ex-showroom). Read – Upcoming Hero Bikes at the 2018 Auto Expo

Hero’s all-new adventure bike – XPulse made its global debut at the EICMA Motor Show 2017 in Milan. This motorcycle had its India debut at the 14th edition of the Delhi Auto Expo in February. Though the bikemaker remains tight lipped about its launch date and details, it is likely go on sale in coming months. According to a latest media report, the Hero X-Pulse will hit showrooms in March, 2019. Read: Hero HX250R – All You Need To Know

One must note that there is yet no official confirmation on the same from the two-wheeler manufacturer. The company will also export the bike to overseas markets as well. Since the off-road bike segment is gaining traction in India with affordable models like Royal Enfield Himalayan, it would be interesting to see if Hero’s upcoming bike would live up to the expectations. 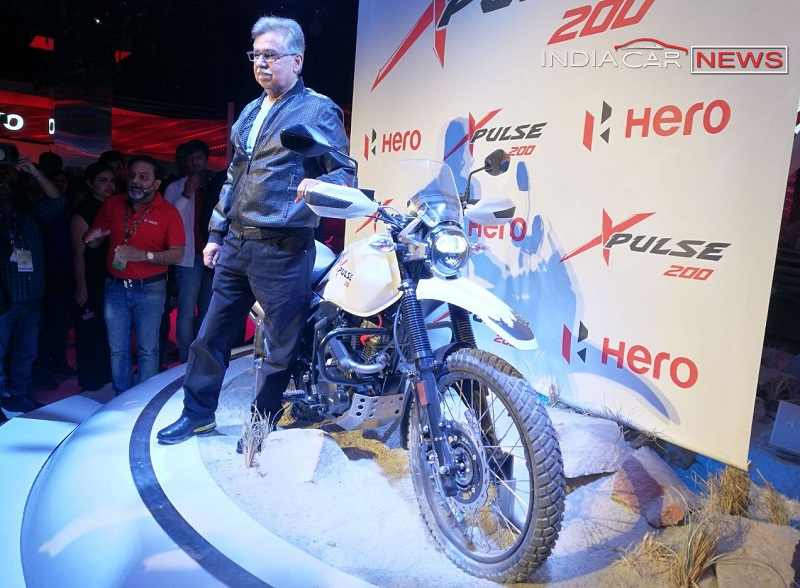 The new Hero adventure bike has been designed on the diamond frame chassis that also underpins the Xtreme 200R. It also shares its powertrain with the latter one – i.e. 200cc, 4-stroke, single-cylinder air-cooled engine. However, the motor has been tweaked for offering more punch in lower revs and better off-roading experience. The company has changed the gearing and chain sprocket size of the engine. On the Xtreme 200R, this powertrain delivers a top power of 18.4bhp at 8,000rpm and a peak torque of 17.1Nm at 6,500rpm. Check Out – Upcoming Hero Bikes & Scooters in India

Hero’s all-new X-Pulse off-roader will come as a replacement to the Impulse. Though, it will be more powerful and will deliver better off-road performance than its replacement. Attributes such as high ground clearance, off-road tyres and bigger wind protector will enhance the overall performance of the bike. The Hero XPulse comes fitted with a larger front wheel shod with a Metzeler sourced off-road tyre. The face of the off-roader accentuated with round headlight with large windscreen, a raised front fender and a long-travel conventional fork. Features like an enduro-bike-styled handlebar and hand guards are painted in olive green.

The fuel tank comes with a flush-fitting fuel tank cap. Its seats have been designed in a way to offer an upright stance. The blacked-out engine is wrapped with ample protection like crash guard and an underbelly bash plate. The upswept exhaust runs close to the single-cylinder model. The adventure motorcycle has been built on a single-downtube chassis with a box-section swingarm. At the back, the bike sports a monoshock setup, a high-mounted exhaust system and a smaller disc brake.

To be launched as a replacement for the Impulse 150, the Hero XPulse 200 will be India’s most affordable off-road adventure motorcycle. This dual-purpose adventure bike is equipped with 200cc, single-cylinder, air-cooled engine.